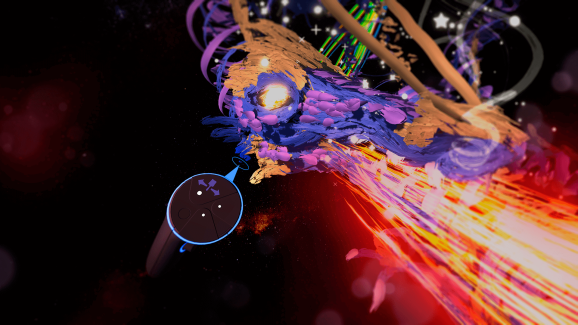 The Oculus Rift and its Touch controllers are now the go-to platform for creating art in virtual reality.

Google has launched its Tilt Brush app on the Oculus Store for $30 for anyone who also owns the Touch motion controllers. Like with the HTC Vive version, Tilt Brush for the Rift enables you to create three-dimensional digital sculptures in a room-scale setting. If you don’t have your Rift set up for room-scale VR, Google has also introduced an option to scale and rotate your canvas space so that you can work from a seated position.

I’ve played around a bit with Tilt Brush on the Oculus Rift, and I found that Google has translated the experience to the Touch controllers in a way that makes a lot of sense. The biggest change for me, as someone who has used Tilt Brush on both Vive and Rift, is the change in focal point for the controllers. Where HTC’s wands can feel like a paintbrushes, the Touch controllers make it feel much more like you are painting with your fingers. But that’s not better or worse — but you may find that you have a preference.

I quickly got into the flow of drawing a glowing line or fire into the canvass, adjusting the size and rotation of that space, and continuing my painting without having to get up or leave my desk. It’s easy to see how professional artists working on computer-generated characters for video games or film would find this type of environment and these kinds of tools incredibly useful.

But I’m happy with my stick figures.