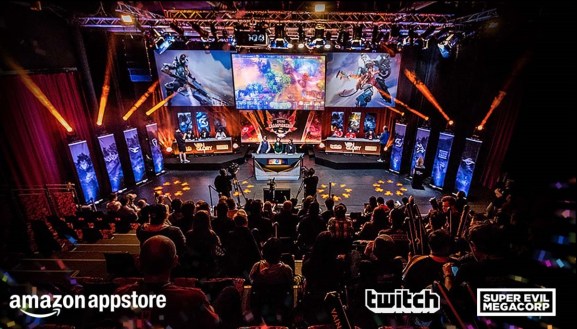 Team Misfits, the esports partner organization of the Miami Heat basketball team, has acquired Vainglory pro squad Fates Zero. This will give Misfits and the Heat instant access to one of mobile gaming’s biggest competitive scenes, as Fates Zero has a reserved spot in developer Super Evil Megacorp’s Vainglory league. This new Misfits team will compete for the first time under its new ownership at the Vainglory Preseason Invitational tournament in San Mateo on February 26.

The esports market will grow to $696 million in revenue this year, according to market intelligence firm Newzoo. Most of that cash will come from brands sponsoring events and marketing during livestreams. As this space grows, pro teams like Misfits are continually looks to expand into new games to maximize their revenues. This also gives the Miami Heat organization a way to build loyalty with a younger audience that is increasingly giving its sports-viewing minutes to esports over traditional athletics. The NBA and people related to the league have invested heavily into esports with people like former NBA players like Rick Fox and Shaquille O’Neal buying teams. And just this last week, the NBA announced that certain teams will create their own esports squads to compete in a new league for Take-Two’s NBA 2K games.

“Fates Zero is one of the leading Vainglory teams in North America, and we’re happy to see them continue to compete at the highest level under an established esports organization like Team Misfits,” Super Evil Megacorp chief executive Kristian Segerstrale said. “The Vainglory competitive scene has grown immensely in the past year and with the addition of Misfits, the level of play has never been as intense and demanded as much skill.  Vainglory’s Spring Season will be the most competitive season to date.”

Misfits competes in League of Legends, Overwatch, Heroes of the Storm, Super Smash Bros, Counter-Strike: Global Offensive, and Hearthstone. Those disciplines give the esports company a presence on consoles and PC, but now Vainglory will give it a dedicated route to accessing mobile-gaming fans, which is a market that could continue to grow as emerging nations come alone through their smartphones instead of through personal computers.

“We are excited to enter Vainglory, the leading mobile esport.” Misfits CEO Ben Spoont Miami Heat executive vice president Michael McCullough said in a joint statement. “What attracted us to it was not only being on the frontier of mobile esports, but having the ability to closely work together with a forward-thinking game developer to really create a sustainable ecosystem for all stakeholders from the beginning. Super Evil Megacorp is really committed to working together with orgs and players to accomplish this goal.”