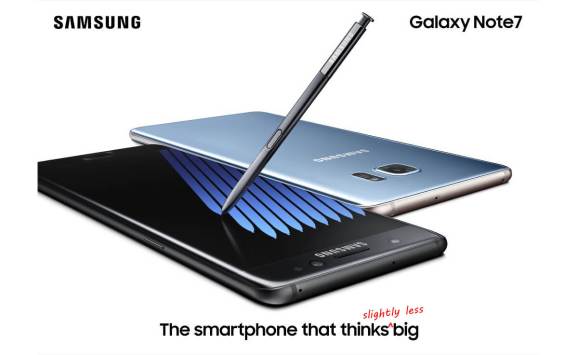 In a surprising report out of South Korea today (via XDA), Han Kyung claims that Samsung has plans to re-release recalled units of the ill-fated Galaxy Note7 as refurbished handsets, complete with lower-capacity batteries. After utilizing a reported 200,000 returned phones for testing, Samsung apparently still has over 2.5 million left in inventory.

Instead of the stock 3500mAh battery, which was determined to be the primary cause of the malfunctioning devices, Samsung will reportedly equip the handsets with packs in the 3000mAh to 3200mAh range.

Financially, the move would make a lot of sense: It would help the company defray part of the cost of the multi-billion dollar recall while at the same time eliminating the need for even greater expenditure were it to recycle those millions of units.

From a brand strategy perspective, however, the re-release would seem to be a bit riskier. The company took a big reputation hit with the Note7, which was the subject of two recalls before production was shut down permanently. Some analysts have questioned whether Samsung should continue using the Note branding at all (it will, with the Note8 later this year), so re-releasing the very same model responsible for dozens of explosions, fires, and a plethora of negative publicity might not be the best way to move consumers past the debacle.

Perhaps that’s why, according to the report, Samsung doesn’t plan on selling the refurbished units in its most lucrative markets, instead relegating them to emerging markets. Presumably, the thinking here is that the discounted prices will outweigh negative brand connotations for potential buyers.

The company is poised to announce its first post-Note7 flagship, the Galaxy S8, in late March.