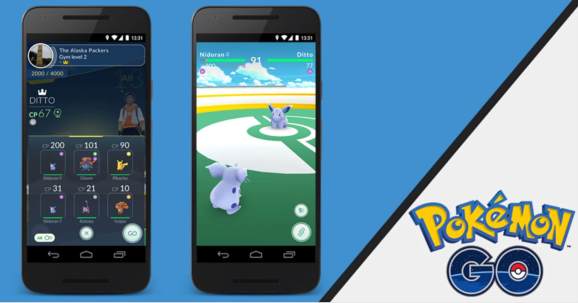 People are focusing their time and money on a smaller selection of mobile games — at least in the United States.

Owners of iPhones in the U.S. spent an average of $27 on mobile games, according to data-tracking firm Sensor Tower. That is up from $25 in 2015. Overall spending was up to $40 per U.S. iPhone owner compared to $35 in 2015. This increase in spending came as people were downloading fewer apps than in previous years. Game downloads dropped from 10.5 per device in 2015 down from 9.9 per device during the following 12 months. Overall, downloads dipped from 35 in 2015 to 33 in 2016. What this means is that getting people to download your game is more difficult than ever, but those games that manage to get in front of people are doing better than ever in the $36.6 billion mobile gaming market.

Games that are benefitting the most from that increased spending include Supercell’s head-to-head strategy brawler Clash Royale, Niantic’s Google Maps-powered Pokémon Go, and MZ’s Game of War. All of these games are dominant in both download numbers and revenues, and they are able to accomplish that because many gamers stick with these apps almost exclusively after downloading them.

“More than 80 percent of U.S. App Store revenue in 2016 was generated by games, which was reflected on the device level by the overwhelming portion of the $40 total they comprised,” Sensor Tower head of mobile insights Randy Nelson wrote in a blog post. “U.S. iPhone owners spent an average of $27 per device on games last year, up from $25 in 2015.” 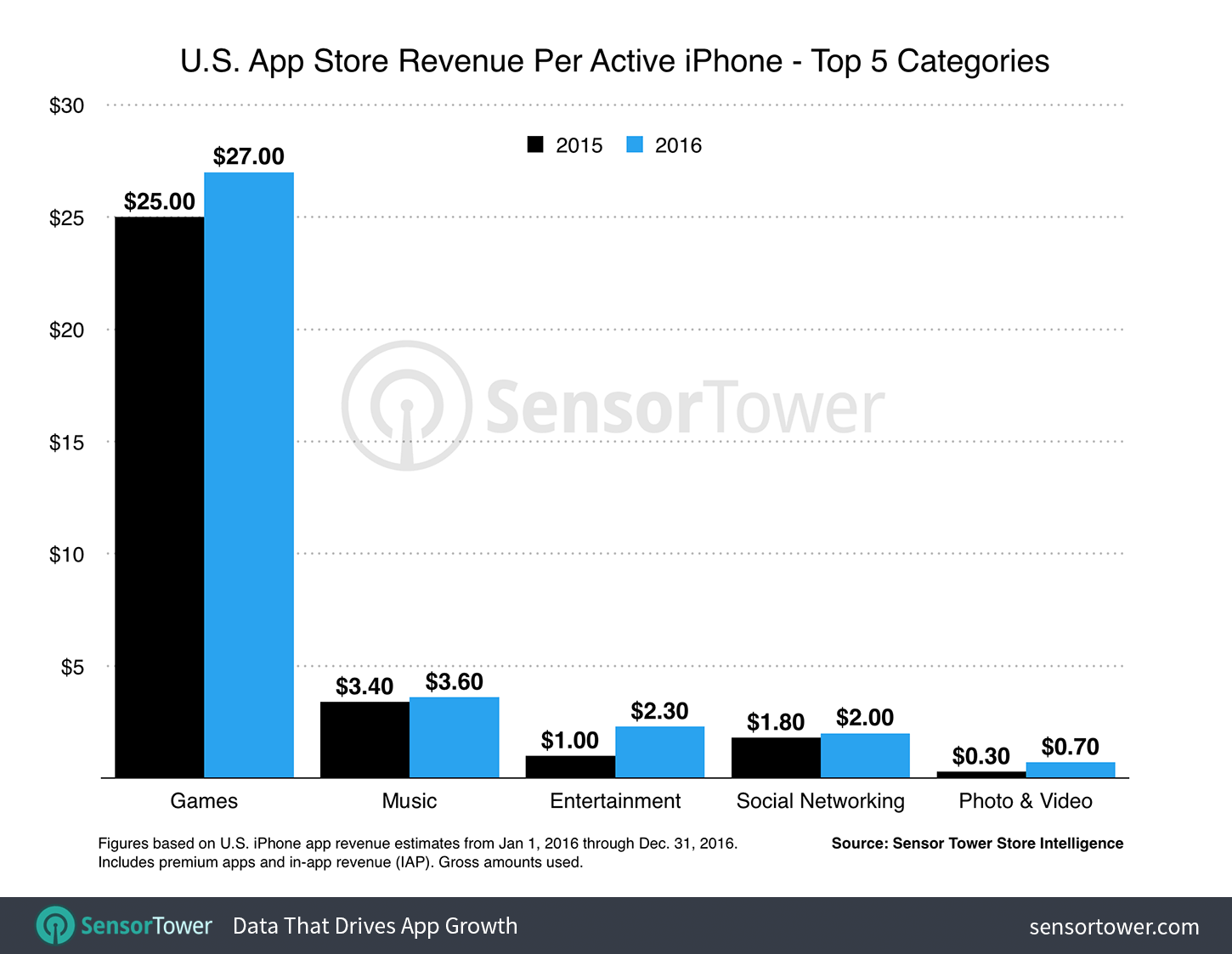 Above: Spending across categories.

While the increased spending is a wonderful sign for people who make mobile games and other apps, the decrease in installs is an even better sign for marketers and firms that specialize in getting apps discovered. Acquiring players was already one of the most expensive aspects of marketing a mobile game, and an audience that is reluctant to try downloading new games is going to make demand for those kinds of services even higher. Expect those costs to continue to rise in 2017.