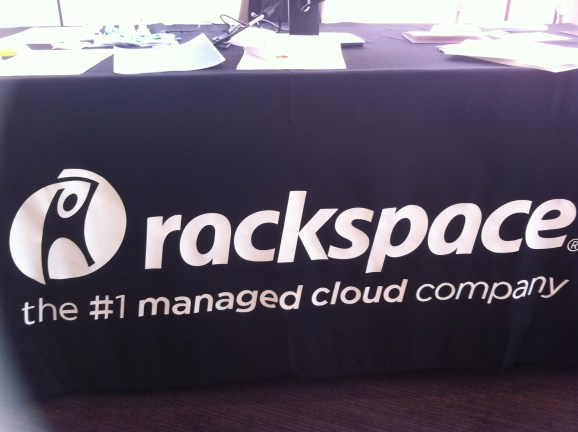 Rackspace's new "managed cloud" branding was all over company marketing materials at Rackspace's Solve conference in San Francisco on July 28.

Cloud giant Rackspace has revealed that it’s spinning out Mailgun, its email automation platform for developers, as an independent company.

Founded in 2010, Y Combinator graduate Mailgun provides the backend technology that lets third-party developers send, receive, and track emails from within their own applications — it lets them know whether emails have been opened and then measure their impact. Rackspace acquired Mailgun in 2012 and has since offered Mailgun’s APIs as a value-added service alongside its core cloud offering.

The decision to spin Mailgun out comes less than six months after Rackspace itself was subject to a $4.3 billion deal to take the company private, after having traded as a public company since 2008.

Alongside the spin-out news, Mailgun has also raised $50 million in a round led by Turn/River Capital, with participation from Rackspace and Scaleworks. The intention here is to “accelerate Mailgun’s product roadmap, drive growth initiatives, and expand customer support,” according to a statement. The new standalone company will be led by William Conway, who served as general manager at Mailgun within Rackspace.

“We are focused on solving the daily problems developers face when integrating and managing email inside of their applications,” said Conway. “Our independence and influx of growth capital will allow Mailgun to drive a product vision that will thrill developers when they see what is coming down the pipe.”

While many argue that email is a dying communication conduit, being replaced by a plethora of mobile messaging apps, email is very much alive and kicking, particularly in the B2B and B2C realm. Rival SendGrid raised $33 million just a few months back and claims it delivers more than 30 billion emails each month.