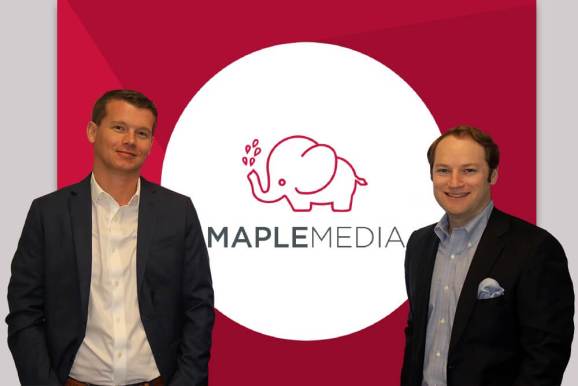 Maple Media has raised $30 million in private equity to acquire and operate mobile apps and games. The Los Angeles company hopes to make each acquired property more profitable and gain advantages of scale in marketing to mobile audiences.

Shamrock Capital invested the money in Maple Media, which is led by game and tech veterans Michael Ritter and Clark Landry. Maple Media has been operating for a while and it has already amassed an impressive collection of apps and games. Maple Media currently manages over 150 apps with several billion monthly mobile ad impressions. It is focused on mobile apps in the utility, productivity, games and entertainment verticals.

Ritter was a founding employee at Jam City (formerly SGN Games) where he served as the senior vice president of business and corporate development. While at Jam City, Ritter spearheaded numerous acquisition transactions, negotiated contracts with some of the largest mobile gaming companies in the world, including Netmarble and Netease, and developed the company’s mobile monetization and advertising strategies.

“We have already been working on this for a while,” said Ritter, founder and CEO of Maple Media, in an interview with GamesBeat. “We want to acquire games and apps and growth their user bases, but not through traditional user acquisition channels.”

Maple Media is taking a curated approach of finding high-quality apps that could use an audience boost.

“We work on improving the user experience for the apps and the user acquisition,” he said. “We figure out what is working. We try to see how it is monetizing. We optimize them to maximize revenue growth. We build the retention and grow the user base so there is a more long-term user experience.”

Ritter said that the company talks to game and app developers to find apps that fit the profile. They negotiate a price that is attractive and that often helps those teams move on to other projects that they want to do. Maple Media takes over the operation of the game or app.

“Michael and Clark are well known, highly respected managers with the perfect skill sets and backgrounds to address this opportunity” said Alan Resnikoff, Partner at Shamrock Capital, in a statement. “We could not be more excited to partner with them.”

The company is building a large mobile user base through acquisitions and partnerships with leading mobile properties. Maple Media is the most recent investment in Shamrock’s latest fund, Shamrock Capital Growth Fund IV, a 700 million private equity fund which held a final close in February of 2016, focused on providing buyout and growth capital investments in companies within the media, entertainment and communications industries.

“The breadth and depth of relations with people in the industry are great,” Landry said. “Some of these we do through acquisition. Some are under contract. We wouldn’t say they are leaving money on the table. Rather, it’s that we have better skill sets when it comes to managing content.”

“The quality bar for apps is going higher, and it is hard for developers to start with zero revenue,” Ritter said. “The ecosystem has moved to games as a service, but that part of the business is hard to execute.”

The company has six employees.

“We hope to create a large mobile media company,” Landry said. “We want to run it for a long time and provide liquidity for app developers.”