But beyond the Switch’s major launch game, I’ve found that every impressive feature of the Switch comes with its own shortcomings. Everything that would make me want to recommend Nintendo’s new console, which is due out March 3 for $300, comes with a major caveat. Some of these may change between now and when the hardware launches after Nintendo rolls out a day-one update for the launch, and this isn’t a review. At the same time, this is the exact hardware you’ll get if you buy the system on launch day and never connect it to the internet, so it’s worth talking about.

I’m spending most of my Switch time playing Zelda (as that’s the only one that Nintendo sent GamesBeat). I’ll have a lot to say about it soon. For now, I’ll say that the Switch is my Zelda-playing box. Just like Nintendo promised, I’m exploring Hyrule while at home, on the go, or in the bathroom. This is by far it’s biggest selling point, and Nintendo didn’t invent some crazy way to screw that up. 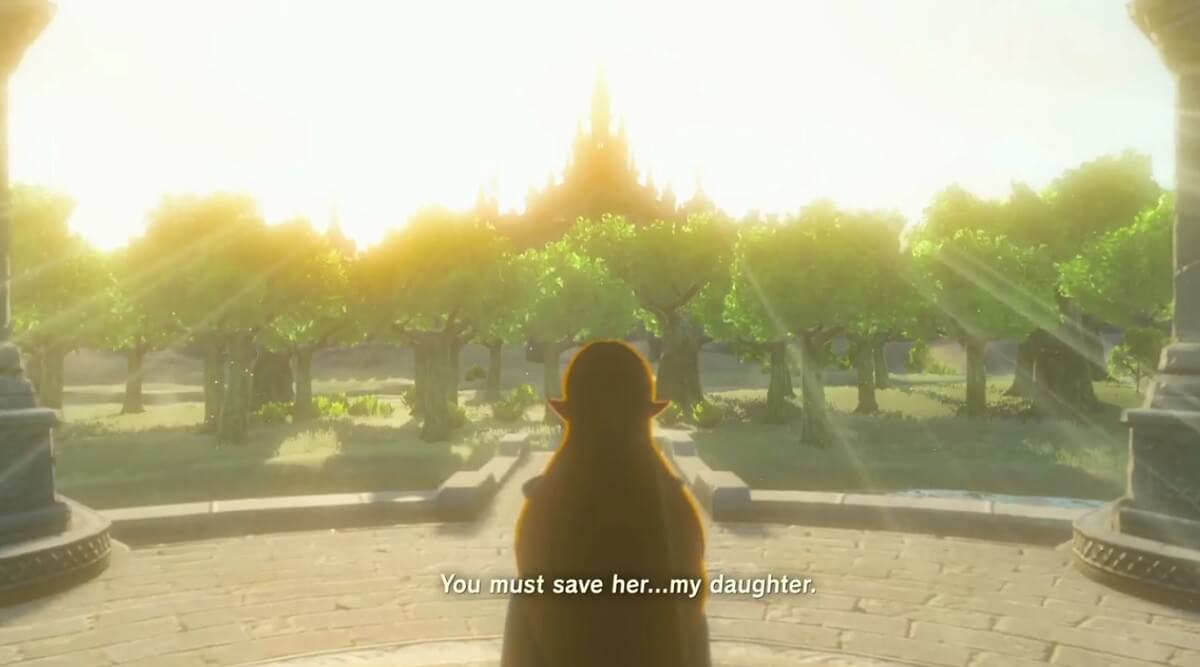 Above: The Legend of Zelda: Breath of the Wild for the Switch.

But Zelda is about it when it comes to content for the Switch. Yes, you’ll get a handful of other launch releases including Nintendo’s motion-controlled minigame collection 1-2 Switch, but don’t expect a lot beyond that. For one, Nintendo’s next release is Mario Kart 8 Deluxe, and that doesn’t come out until April.

For another, Nintendo’s Virtual Console feature that enables you to play NES, SNES, and other retro games on the Wii, Wii U, and 3DS, isn’t coming to the Switch at launch. Nintendo isn’t even saying when the Virtual Console will hit the system. That’s a bummer. I had visions of supplementing my Breath of the Wild play with some Nintendo 64 games or other classics, but now that’s not an option. And it makes the system feel even more like it only has one trick.

It has a zippy user interface that can’t do much

The Switch operating system and user interface were a pleasant surprise for me because everything happens so quickly. Waking the device from sleep only takes 1 second or 2 seconds. Jumping to the home menu from a game happens almost instantaneously. Taking a screenshot is painless. It’s hard to recognize this snappy UI as coming from the same company that made the groggy, sloppy, and slow operating system for the Wii U.

At the same time, this OS doesn’t have a lot going on. Right now, before the day-one update, I can take screenshots but I can’t post them. I can check Nintendo’s official news feed, but I can’t load the eShop. And I can play games. That’s about it. Even when the update does roll out, these features aren’t covering my arms in goose pimples. A powerful, $300 tablet like this kinda begs for apps like Netflix or a built-in social-media client for browsing and posting to Facebook or Twitter. And how about a podcast app so I can listen to some shows while playing games on the same headphones? Switch has a great software foundation, but nothing on top of that does anything to take advantage of those underlying elements.

Switch’s hardware feels well made, but it is buggy

Nintendo has always made strong systems that can put up with a lot of wear and tear, but the Switch is more than that. It has the appearance of a high-end piece of consumer electronics to go along with that solid build quality. Switch improves on the Wii U GamePad controller in every way. It’s smaller with a better screen, and it doesn’t look like a toy.

But this, too, has its problems. The left Joy-Con is having a number of connectivity problems when in TV mode. In the portable mode, the Joy-Cons connect directly to the Switch and work flawlessly. But if you slide them off to use independently, I’ve had a few instances where the left pad desyncs from the console at random. This isn’t an isolated incident as a lot of other media outlets are reporting the same problems.

This is something else that could potentially get fixed in a day-one update — although that won’t help anyone who doesn’t connect their console to the internet.

I played Zelda at the airport yesterday. My mother-in-law flew in from Ohio, and I was waiting to pick her up and take her to the car, and the entire time I was solving puzzles in dungeons in Breath of the Wild. In portable mode, the Switch isn’t a limited experience. You have all the buttons you need to play full, modern games, and the screen is a sharp 720p that makes it easy to spot tiny details HD details. If Breath of the Wild is an early example of what to expect, then the Switch will make playing traditional, telelvision games on the go possible and pleasant.

Except for the problem that I don’t think the Switch will fit in almost anyone’s pocket. I tried:

Trying to move around with the Switch in your pants pocket is bulging and uncomfortable. If you don’t have a bag I don’t know how you carry this thing with you. If you do have a purse or a satchel that you use every day, then this isn’t a problem for you. But I used to take my 3DS to movies with me, and I’d play it while waiting for the trailers to start. That’s not an option with the Switch — at least not for me.

It’s a full console with some comfort issues

The Switch is also a full home console that you can connect to your television, and this works. In this phase of its TV mode/tabletop mode/handheld mode holy trinity, its games look even better because it outputs the visuals at 1080p. And you can play with other people because the Joy-Cons can each serve as individual, stunted gamepads.

But even this isn’t without its problems. Because the Switch is also a portable, Nintendo has scrunched up the button placement so that the control stick and the face buttons on the right Joy-Con are perfectly aligned with one another. On other gamepads from Sony or Microsoft, the stick and buttons are offset so that your thumb can swing over and comfortably reach both at any time. With Nintendo’s system, however, you need to scrunch you thumb up into a claw if you want to go from analog to the A button, and that has caused me some pain.

But it still works

Again, this isn’t a review, and Nintendo could fix many of these flaws in its first update. But I think it’s emblematic of the system as a whole that just about any feature that Nintendo touts comes with an asterisk. Nintendo probably still has something with the Switch, but it needs to patch a few leaks before this ship will be truly seaworthy.