Fans have asked Nintendo to change the fundamental structure of its Zelda games for a long time now, but the publisher has finally listened.

I’ve spent about a dozen hours with The Legend of Zelda: Breath of the Wild, which comes to Switch and Wii U on March 3, and Nintendo has transformed its standard formula drastically this time around. To help illustrate how Zelda is different, I’ve picked five subtle changes that surprised me. And I think each of these are indicative of the larger evolution the series is now going through.

No heart pieces to collect

In other Zeldas: One of the most reliable collectible items in most previous Zelda games is the pieces of a heart container. These are quarter hearts that give you another life container once you collect four pieces. This is on top of full heart containers that you get for completing major dungeons.

What it means: Breath of the Wild has a ton of collectibles. You are always picking up new weapons and shields. Your inventory will burst at the seams with food and monster parts. On top of that, Nintendo is doing some interesting things with how you upgrade and spec Link, and a finite number of heart pieces lying in specific spots around the world would kinda take away from being able to grow Link however you want.

You don’t choose your own name

In other Zeldas: In The Legend of Zelda for the Nintendo Entertainment System, you can name your character whatever you want. It is part of taking ownership and building a connection with Link.

What it means: Voice acting. Nintendo is still primarily relying on text to present dialogue, but several moments have full voice performances. And that means your character is called Link so that Nintendo doesn’t have to work around a custom character name. It seems like Nintendo has realized that everyone feels just as strong a connection to Link despite whether they choose his name.

In other Zeldas: Rupees are everywhere in other Zelda games. You get rupees for exploring the world, for killing enemies, and for smashing pots. You get so many you would have to purchase wallet upgrades to hold more.

In Breath of the Wild: I played through multiple challenge dungeons and at least five hours before I saw my first rupee. They aren’t hiding in the grass, and they don’t burst out of moblins when you defeat them.

What it means: Breath of the Wild has an economy. You’ll still need rupees to buy a lot of things (I have my eye on a nice set of stealth armor in a shop), but you typically won’t get money by going out and searching for it. Instead, you get rupees by participating in the world of Hyrule — like collecting ingredients to make a robust steak and seafood fry that you can sell to someone else. Eventually, you’ll find out what’s worth a lot, and you can always keep an eye out for the elements you need to craft those valuable bargaining chips. And you won’t miss collecting rupees the old-fashioned way, I promise. 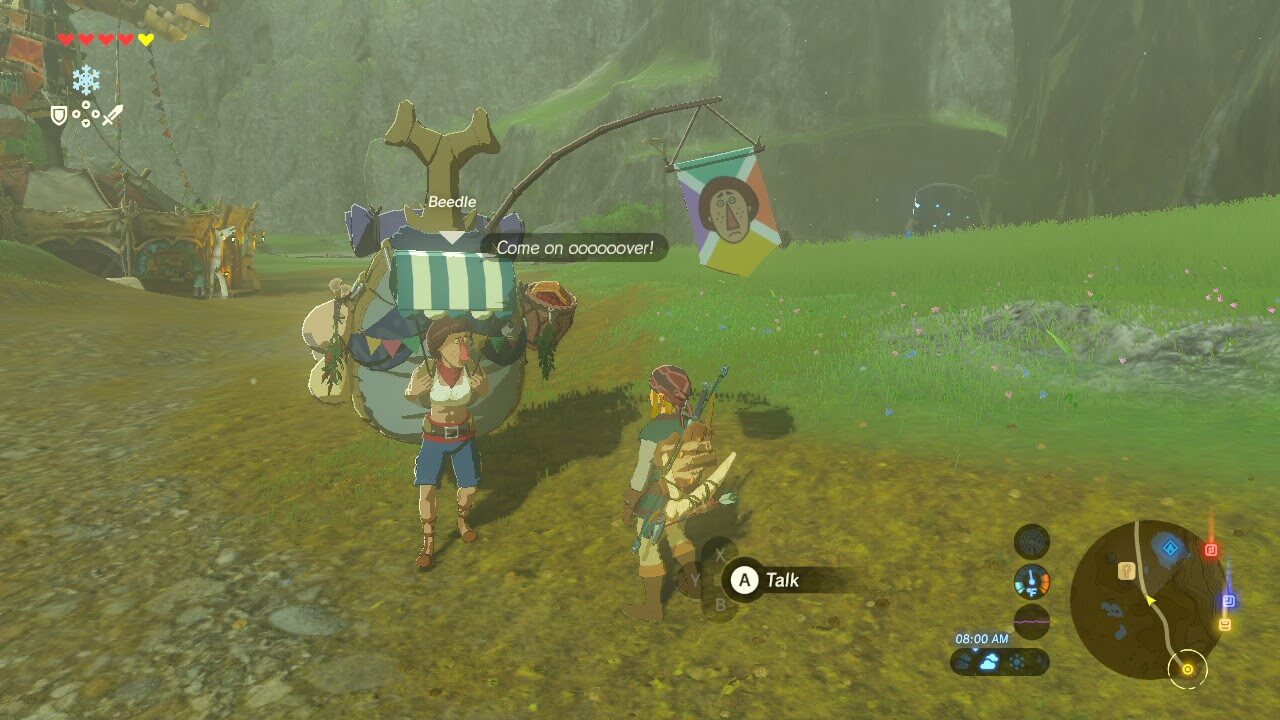 Above: Let’s trade, my dude!

In other Zeldas: Music is inescapable in most other Zelda games. In A Link to the Past for Super Nintendo, a theme would play on loop on the overworld, in dungeons, and inside homes.

In Breath of the Wild: Huge chunks of the game have no music at all. The overworld only has music when you get into combat, and that’s about it.

What it means: Nintendo is going for something more contemplative with Breath of the Wild. This isn’t always a grand adventure. You’ll come across those moments, but sometimes you’re just a Hylian surviving off the land, trying to scrape together a few boars to make a steak. The silence gives the world room to breathe and exist beyond the confines of “an adventure.”

In other Zeldas: Nintendo has always given you a lot of information through the heads-up displays (HUDs) in its Zelda games. You’d see what weapons you have equipped, how many hearts you have, how many arrows you have left, how much magic you still have, and more. 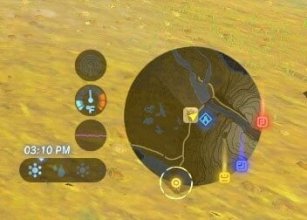 Above: A lot going on in the corner.

In Breath of the Wild: Nintendo has made the HUD in Breath of the Wild even busier. Beyond the traditional meters and status bars, the game now has multiple instruments and gauges for detecting the state of the world. A thermometer tells you the temperature. A decibel meter measures the sound of your footsteps. And a radar flashes and tells you if you’re close to important locations.

What it means: All of this additional information is necessary because Nintendo has made Breath of the Wild so much more complex than previous Zeldas. The weather system, the physics system, and the stamina mechanic are all just small parts of this larger simulation that is running the world of Hyrule. And players need to have the proper feedback in order to efficiently interact with their surroundings.

My review is coming next week, but yeah — this is still Zelda. I don’t know how the hell Nintendo did this, but it has somehow found the foundation and heart of this franchise and once again built a new shell around it that makes total sense. Yeah, it’s an open-world game, and we’ve seen a lot of those, but Breath of the Wild doesn’t feel like Far Cry with cuccos. Instead, everything is simply Zelda.

This transition from the Ocarina of Time formula to this new Zelda is almost as impressive as Nintendo taking 2D A Link to the Past and making it 3D with Ocarina of Time. You should see it for yourself.