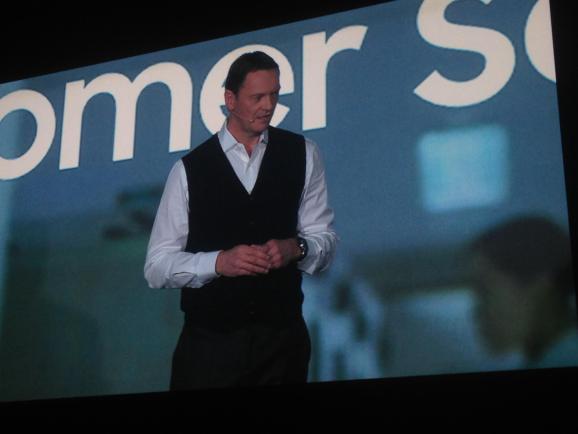 Someone from Samsung had to go on stage at the world’s largest mobile conference and offer a mea culpa for the company’s exploding Galaxy Note7.

“The past six months have undoubtedly been one of the most challenging in our company’s history,” Lowes said. “We did not maintain the highest standards of quality and reliability that we set for ourselves. We’re determined to learn every possible lesson. We recognize that earning consumers’ trust can only be done by actions and words.”

Lowes delivered his remarks at the start of Samsung’s traditional keynote slot on the eve of Mobile World Congress in Barcelona. He thanked customers who did stay loyal for giving the company another chance.

He noted that the company has created an advisory panel of experts to advise it on safety. And it has implemented an eight-point battery check, among other things.

Lowes also played the commercial that Samsung recently released to let people know that it is working very hard to make stuff that doesn’t blow up: