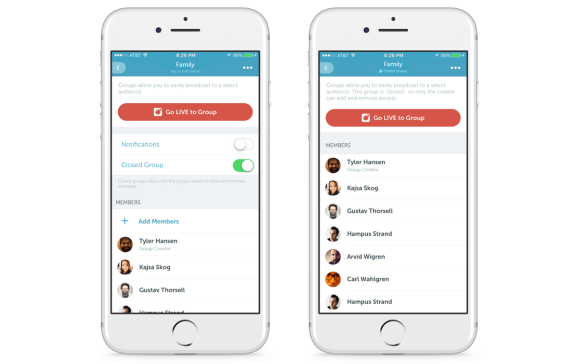 Periscope is rolling out new administrative controls for groups as it works to improve the user experience (and possibly safety). Starting today, closed groups and group invites will be available within the Twitter-owned livestreaming app to restrict who can participate in the various communities.

Groups launched in November as a way for creators to target broadcasts to a specific set of users, such as close friends, coworkers, or any other subset. By default, anyone could begin livestreaming to the group or adding others — it was basically a “bring your own friend” affair.

But not everyone seemed to appreciate this liberal policy, so Periscope has introduced two features to make creators more comfortable when broadcasting. With closed groups, only the group’s creator is designated as an administrator, granting them compete authority over who can or cannot become a member. To toggle whether a group is open or closed, access the management screen and adjust the setting around “closed group.” 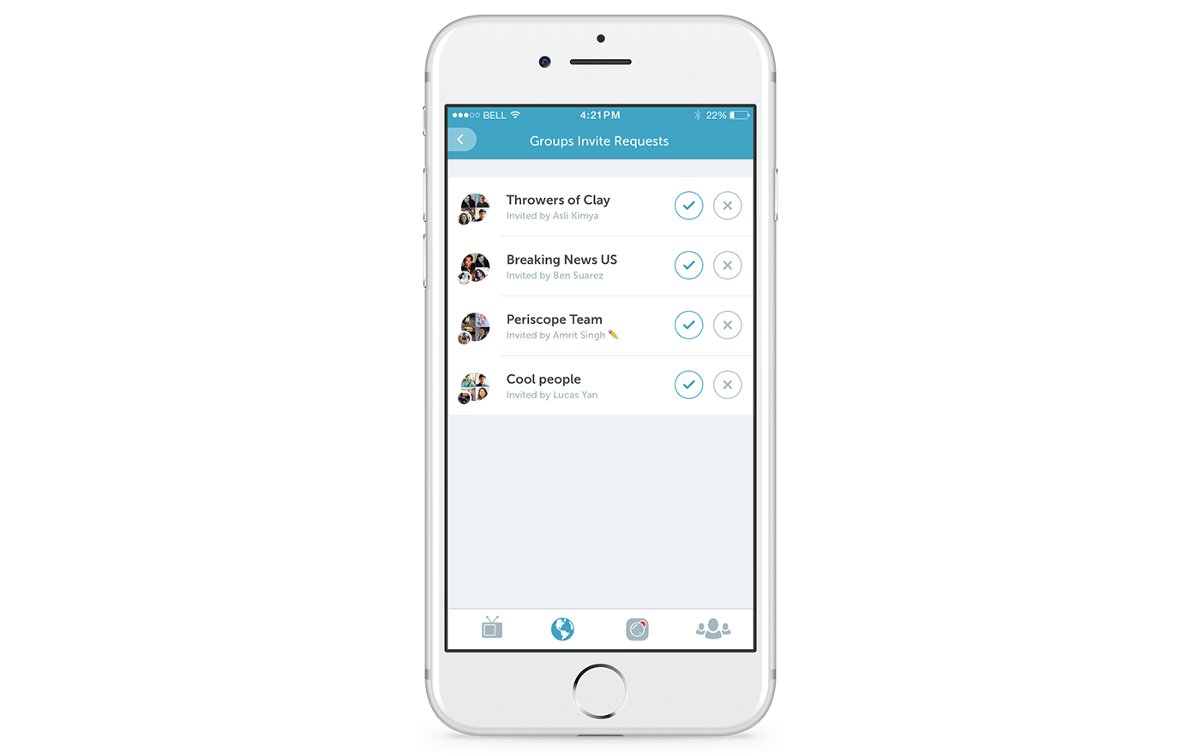 Above: Periscope now lets users manage the flurry of group invites they receive.

Additionally, there’s a new group invite feature for users, which restricts others from being added to a group automatically. Within Periscope, users disable the “auto-accept group invites” setting in their profile and will no longer see notifications until they accept an invitation to join.

Twitter says that these features are in response to community feedback that amounted to broadcasters wanting more control over who views their live videos. Closed groups also eliminates the “too many cooks in the kitchen” mentality and could keep troublemakers and those who would dilute the value of a conversation out.

Providing group invite control is also beneficial for users and follows a similar trajectory to the group direct messages that Twitter implemented in 2015. In that case, many users found themselves involuntarily added to random conversations, and now there’s a setting to prevent that happening. Periscope’s group invite control is very much the same, giving individuals the ability to control how many broadcast notices they’ll receive within groups.

These two features are rolling out on iOS and Android this week.