Microsoft announced today that it is introducing a new premium membership program for Xbox One that will give players instant access to scores of digital games, and Wall Street is viewing that move as somewhat hostile toward one of the world’s biggest gaming retailers.

GameStop’s stock price has dropped nearly 8 percent today following Xbox boss Phil Spencer revealing the Xbox Game Pass service. This is a program where Xbox One owners can pay $10 per month to have unlimited access to over 100 Xbox One and backward-compatible Xbox 360 games. Of course, these are all digital games that you download from Microsoft’s Xbox Game Store, and it’s likely that investors are seeing this as a major threat to GameStop.

And an instant library on a console like Xbox One could potentially eat into GameStop’s sales. The brick-and-mortar retailer makes quite a lot of its money from secondhand sales where it resells products that consumers have traded in. If more people are playing digital games, that takes product out of the supply chain that could end up on GameStop store shelves. Additionally, Game Pass looks like it will primarily traffick in older games that people would typically would purchase used. Older releases like Mad Max, Saints Row IV, and Halo 5 are some of the big options that Microsoft is highlighting. 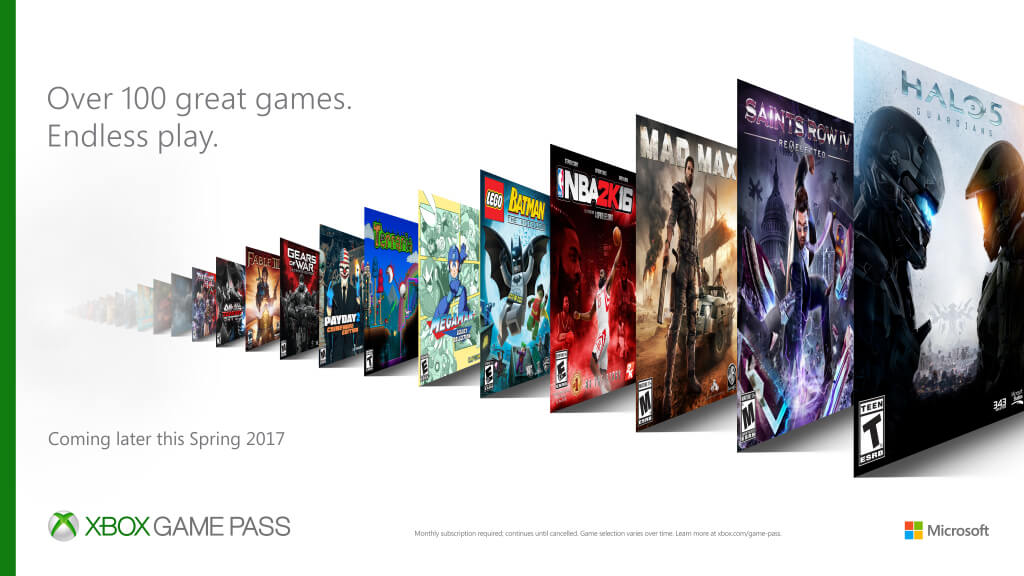 Above: Microsoft wants to hook you up with a massive library for your Xbox One.

Of course, GameStop isn’t completely removed from the digital-gaming ecosystem. The retailer sells a lot of currency cards for the Xbox Store, the PlayStation Store, the Steam PC-gaming portal, and it’s possible that people who don’t like using a credit card will purchase cards to buy their subscription to Game Pass through GameStop.

But that will likely not make up for a dearth of used-game sales or trade-ins if a lot of people adopt a Game Pass subscription.