HTC kicked off the Game Developers Conference with demos of new apps, including a VRSports app that lets you play Ping-Pong in virtual reality on the HTC Vive VR headset.

The titles will join the 1,300 that are already available on the Vive, which was voted the top development platform for VR based on a survey by the GDC. HTC is creating the titles both internally and sourcing them from external sources in order to boost demand for VR, which is off to a somewhat slow start.

I played a couple of games of ping pong on the Vive, and it was pretty responsive. I wouldn’t say it was as easy as playing in real life, since it’s hard to time your swing when the ball is coming straight at you. But I did reasonably well, and won my second game against the computer opponent. 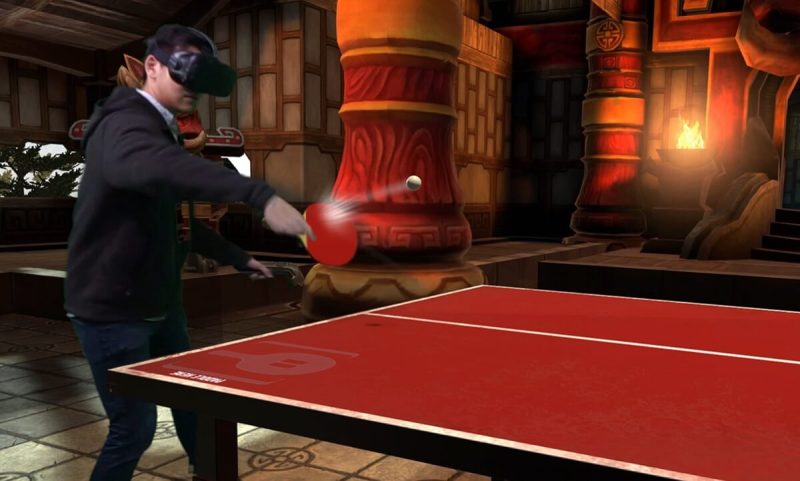 Above: VRSports includes a Ping-Pong game.

The game is part of a VRSports title that features games such as tennis. It comes out on the Viveport store on March 14. Sausalito-based Free Range created the physics behind the game.

I also played around with MakeVR, a 3D modeling tool that lets you grab 3D objects and design things in VR. Spun out from Sixense, MakeVR is powered by a computer-aided design engine. You can take the designs and put them on the asset stores or 3D print them. Controlling your design tool is simple, where you use the touch controls to manipulate objects or call up a menu of various tools. It launches on March 27 on the Viveport store. 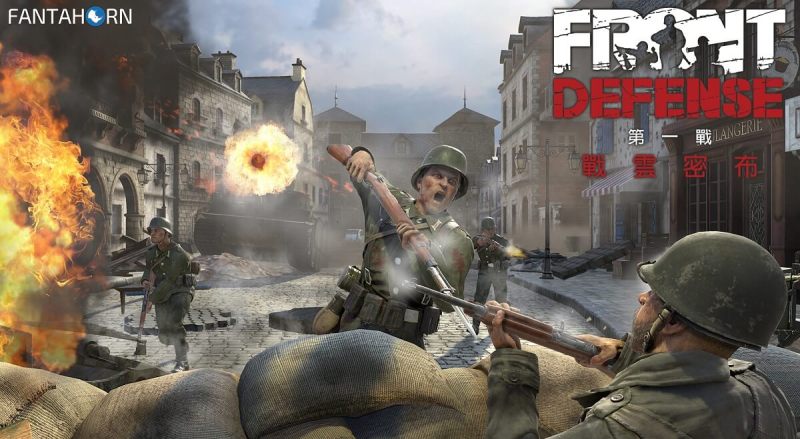 I got sweaty playing Front Defense, a room-scale first-person shooter. In this World War II game, you defend your machine-gun nest or bunker. I played the third level, where I started out with a 50-caliber machine gun, a Tommy gun, grenades, and a bazooka. As with other shooters, it’s a physical game. You have to pick up a gun with one hand, using the touch control. And you use your other hand to physically pull a clip out when you are out of bullets. Then you jam in a new clip and start shooting again.

It takes some getting used to, as you have to drop a gun and switch to another, depending on the kind of enemies attacking you from all directions. The title comes out on Viveport Arcade in April and then it hits the whole market in June.

As for why the Vive has risen to VR’s top platform, Joel Breton, head of Vive Studios, credited the company’s high-quality touch controls and room-scale VR, as well as its platform agnostic approach, where it doesn’t lock down content on its own platform.

Breton said the company has 25 games coming from both internal and external studios.