Pokémon Go didn’t hatch out of a Poké-egg looking exactly like how we know it.

Dennis Wang, director of interaction and visual design at Pokémon Go developer Niantic Labs, talked Tuesday at the Game Developers Conference about designing the hit location-based game. Pokémon Go became a smash success after it launched last year for iOS and Android, achieving over 650 million downloads. Niantic recently added more Pokémon to the game, which helped it climb back to the top of the App Store.

We learned how Niantic changed the look of Pokémon Go during development, and how its past experiences helped the studio make a more accessible game. 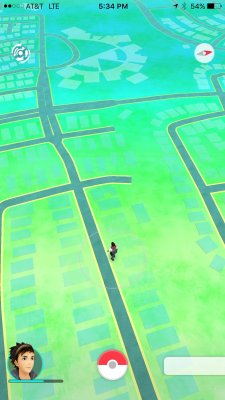 The map used to be a lot different

Pokémon Go is a location-based game, so its map is one its most important aspects. But that map used to have a different look. The first version featured a mostly white view of the world, with the player and Pokémon popping off the dull surface with bright colors. Niantic then wanted to make the map feel a bit more, well, Pokémon-y. So it made the world feel greener, adding in vegetation.

It turned out they added too much vegetation, creating a dissonance between the game map and the real world. Niantic settled for something in-between the two styles, a mostly green map that featured simple shapes.

Niantic also wanted the map to change more based on what was happening in the real world. The game right now can change depending on if it’s day or night, but Niantic tested settings for overcast days and sunsets. Wang noted that Niantic hopes to add more weather interactions to the game.

Every player in Pokémon Go has an avatar, a slender, hip teenager that walks around the map, giving you reference for your own location in the world. You can customize this avatar’s appearance, choosing things like hats, clothes, and hairstyles. But while the final character’s have a Western look, Niantic’s original avatar’s appeared more like the anime-style characters you’d find in the Pokémon games and cartoon.

Niantic moved away from the anime aesthetic to make Go more immersive for audiences outside of Japan. It also wanted the avatars to appear older than the children that serve as the stars in the cartoons and games, to give older players a virtual representation that they could identify more with. Wang also noted that Niantic hopes to add more customization options, including more ages and skin colors, in the future. 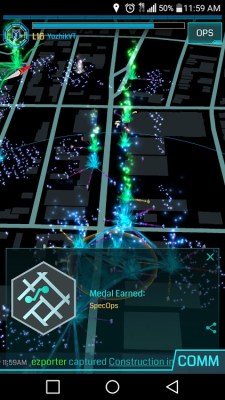 Above: A screen showing the action in Ingress.

Ingress was Niantic’s first location-based game. It was much more complicated than Pokémon Go, which you can see from its menus.

Besides being complicated, Niantic learned that these menus were uncomfortable to use. Some of the buttons were places that were hard to reach, like the top right corner of the screen.

For Pokémon Go, Niantic kept most of the buttons on the bottom half of the screen and away from the corners. This made it easy for players to push them with their thumb, even when holding their phone with one hand