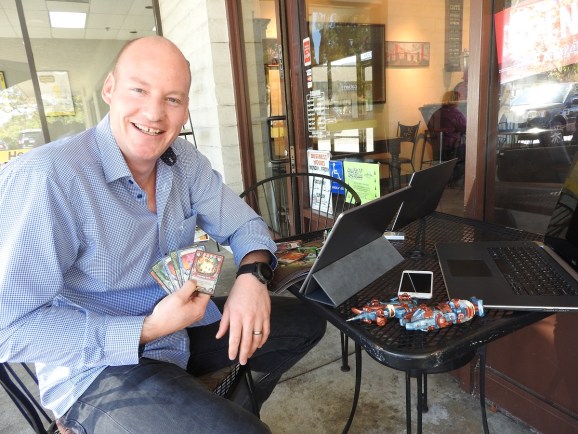 Tokyo-based Nexon has been investing in a wide variety of game companies as it expands from Asia to the West.

PlayFusion’s mission is to connect virtual worlds to the real world. The partnership is expected to generate opportunities for players to engage more deeply with virtual characters and worlds, including via character packs and accessories.

PlayFusion, founded in 2015 by the former management team of U.K.-based PC online game company Jagex Games Studio, is an innovative game company operating in the toys-to-life genre, which uses augmented reality and Internet of Things technologies to connect toys with games. The toys-to-life market was about $3 billion in 2015, and is expected to grow to about $9 billion by 2018.

PlayFusion develops connected play experiences to facilitate deeper player engagement through unprecedented interactions between real and virtual worlds. The partnership between Nexon and PlayFusion will allow the companies to deliver these types of unique experiences to gamers, including using the technology to scan real-world action figures and character cards that then appear onscreen and become part of in-game experiences.

“This is an exciting partnership that will make games even more dynamic and fun,” said Nexon President and CEO Owen Mahoney, in a statement. “Combining PlayFusion’s expertise in connecting games to action figures and accessories with Nexon’s ability to create and sustain games that grow over many years will allow us to deliver a deeper, more engaging experience for players.”

“PlayFusion is truly honored to be working with Nexon, a globally-respected online game powerhouse that recognizes the value and potential of our transmedia entertainment platform,” said Mark Gerhard, CEO of PlayFusion. “We continue to work together with our partners to drive deeper consumer engagement by seamlessly connecting many traditionally disparate industries such as film and television, publishing, toys and games, and consumer products. Together, we’ll create the future of connected interactive entertainment.”

Nexon and PlayFusion’s specific project details will be announced in due course. PlayFusion’s other major partner is Tomy, the Japanese toy maker.