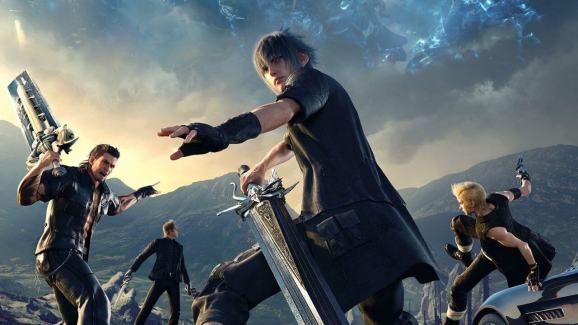 Final Fantasy XV is the latest game in the series.

An action star, a spy, a kid playing hooky from school, and a ’90s grunge-band frontman go on a road trip. Who wouldn’t want to play that game?

Dan Inoue was the localization director for Final Fantasy XV, which made him responsible for the English script of the open-world role-playing game. Final Fantasy XV came out last year for PlayStation 4 and Xbox One. GamesBeat loved it, in large part because of the realistic bonds of friendship seen from these four friends — Prince Noctis, the player character, and his buddies Ignis, Prompto, and Gladiolus. Wednesday at the Game Developers Conference in San Francisco, Inoue talked about the localization process for Final Fantasy XV.

For Ignis, the tall, bespectacled cook and driver of the group, Inoue thought of a suave, logical character like James Bond or Sherlock Holmes. He modeled the photo-taking Prompto on Ferris Bueller, the jokester and fast-talker from Ferris Bueller’s Day Off. For the tough Gladio, Inoue pictured him as a younger John McClane, the tough-as-nails action hero from the Die Hard movies.

But for Noctis, Final Fantasy XV’s main character, Inoue broke his own rule. He wasn’t sure what he wanted Noctis to be, but he knew what he didn’t want: a whiny, brooding character. These heroes have become a cliché in Final Fantasy, notably with Squall in Final Fantasy VIII.

It was when Inoue talked to Noctis’s Japanese voice actor, Tatsuhisa Suzuki, that Inoue got his personality model. Suzuki told Inoue that he was channeling Kurt Cobain, the singer of the ’90s grunge band Nirvana, when voicing Noctis. Inoue agreed that Cobain’s introverted but sensitive personality would make a good fit for the character.

Now I just need a Final Fantasy where they use four different Nicholas Cage characters as inspiration for the cast.