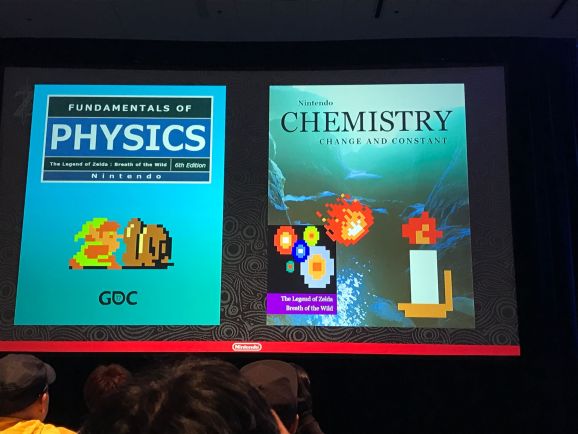 You’ve probably heard of physics engines in games. But what about chemistry engines?

The Legend of Zelda: Breath of the Wild’s technical director, Takuhiro Dohta, talked about some of the open-world game’s design philosophies at the Game Developers Conference in San Francisco. The anticipated title launches soon (it might even be out by the time you’re reading this). It’ll be available as a launch title for the Switch on March 3, and it’s coming out for the Wii U that same day. We gave it a score of 100/100 in our review

Basically, Breath of the Wild’s physics engine has three rules:

So, fire (an element) can set a tree (a material) on fire. But a tree can’t change the state of another tree. However, water (another element) can put out a fire. 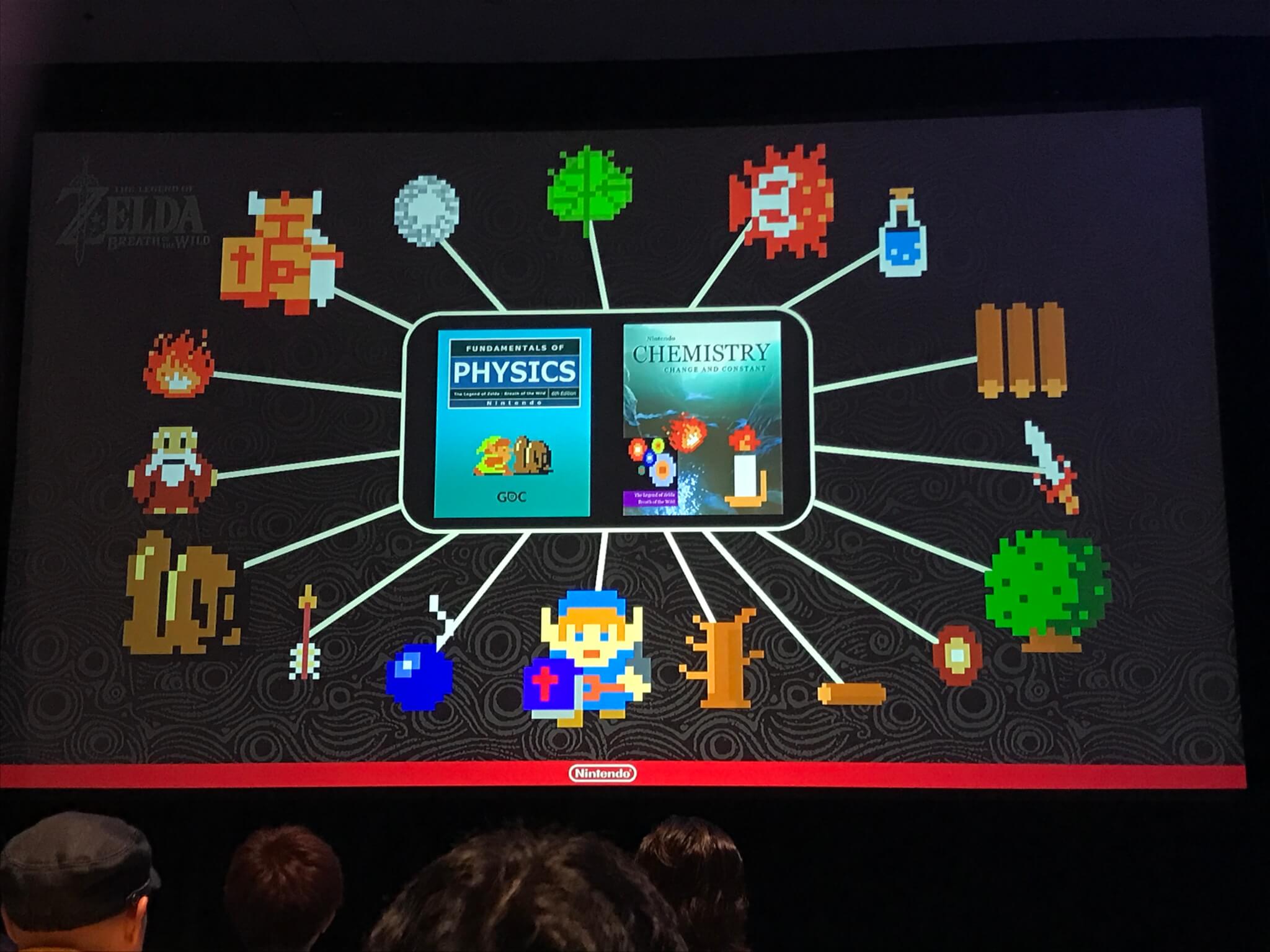 Above: It’s all connected.

But Zelda lets players get more creative than that. This interaction of elements and objects is one of the keys that makes Breath of the Wild such an interesting game. It lets players experiment and find unique solutions to problems. For example, you could fan a giant leaf at a sail on a boat to move it, or you could throw a sword toward a group of enemies during a storm to attract a lightning bolt in their area.

Dohta admitted that this kind of chemistry isn’t real chemistry. Little of it would scientifically work in the real world. However, a sense of in-game logic dictates the way everything interacts. In real life, a leaf, no matter how big, couldn’t make enough wind to move a sailboat. But in the game, it makes sense once you become familiar with the item’s mechanics.

Nintendo wants people to feel like geniuses when they play Breath of the Wild, and this chemistry engine makes those “ah ha” moments possible.