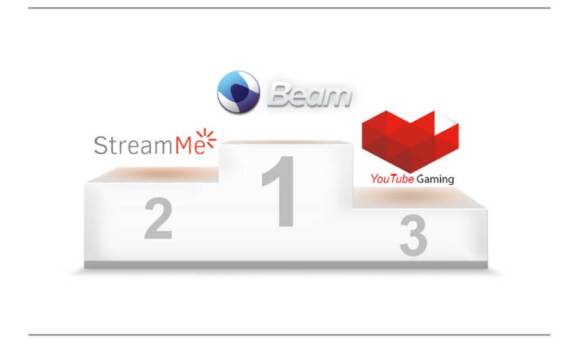 Gamers are turning to gameplay livestreams in the tens of millions. But which platform is the most responsive when it comes to delivering video to you?

Wowza Media Systems has the answers. The company measured the latency of seven well-known game-streaming services with publicly available platforms. The winner? Beam. The loser? DailyMotion.

If those names surprise you, it may be because they are not the biggest gameplay livestreaming services. YouTube and Twitch are the biggest platforms, but they aren’t the fastest, according to Wowza. Here are the results in a chart. 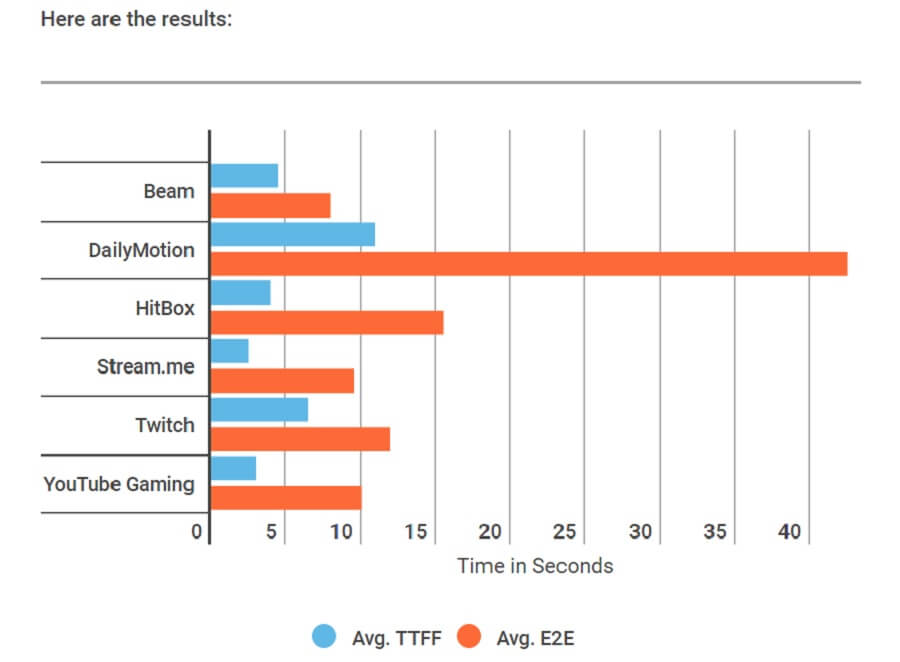 Above: Latency for the gameplay-streaming services.

Good quality gameplay-streaming platforms have to be interactive. That means their latency, or delays in interaction, should be low, and the responsiveness should be high. The video should show up in real time on your screen without delays as these platforms make their money on paid viewer subscriptions and ad revenue.

Games must load quickly, play without buffering, and enable viewers to interact in as close as possible to real time in order to maintain viewership.

Wowza looked at two types of benchmarks. One was “time-to-first-frame,” or the time it takes for a video to initially load. End-to-end latency is another measure. That refers to the time between an action happening and displaying it on a viewer’s screen.

All platforms were tested in similar network conditions across the country (100Mbps down/10Mbps up), with machines running the latest version of OBS Studio. All streams were delivered via RTMP to the closest local ingest points (San Francisco, Washington D.C.), and streams were not tuned for low latency to reflect the standard broadcast experience. Streams were viewed using incognito browsers to prevent caching, with multiple tests run from each testing location.