Carnegie Mellon University and the University of Wisconsin Stout won the top honors in the annual Intel University contest for best student game at the Game Developers Conference. The contest is a good place to spot the talent for the next generation of games.

Carnegie Mellon won the prize for best gameplay in a national bake-off that pitted students from 12 college teams with student game projects. The Carnegie Mellon team created a zany title called Beat Step Cowboys, a turn-based game where two cowboys duel on a pseudo chess board. 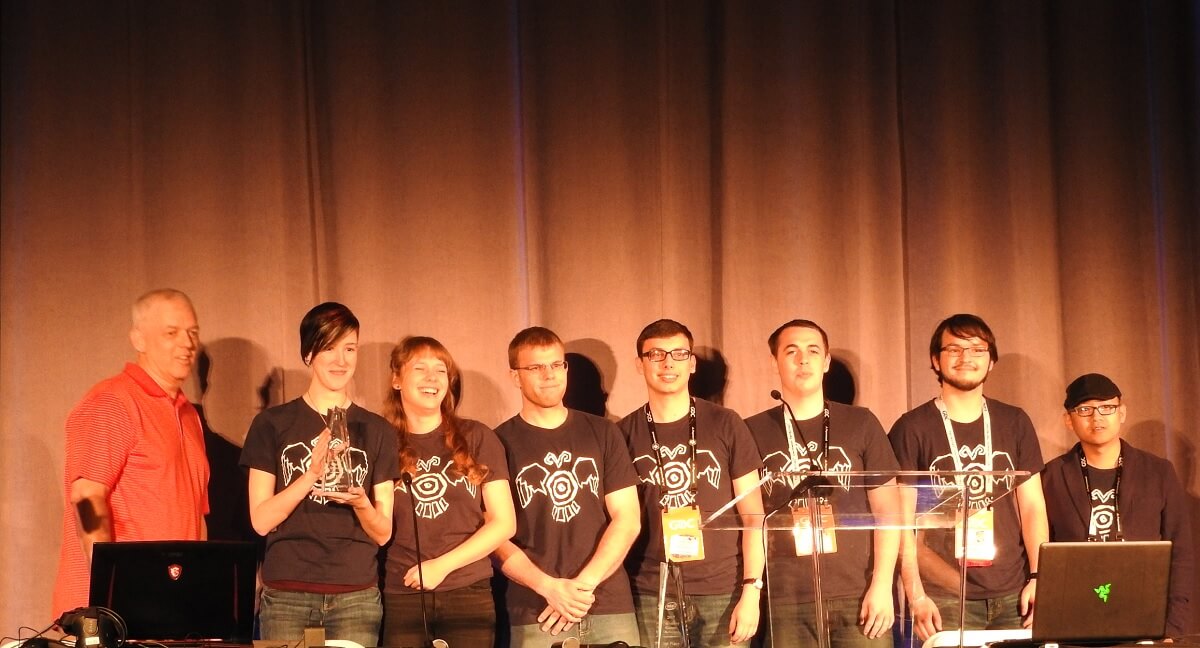 Above: The University of Wisconsin Stout wins for best visuals at Intel University contest.

The most innovative title went to The Channeler.

Here are the descriptions of the projects. I’ve also put my comments after each game description. 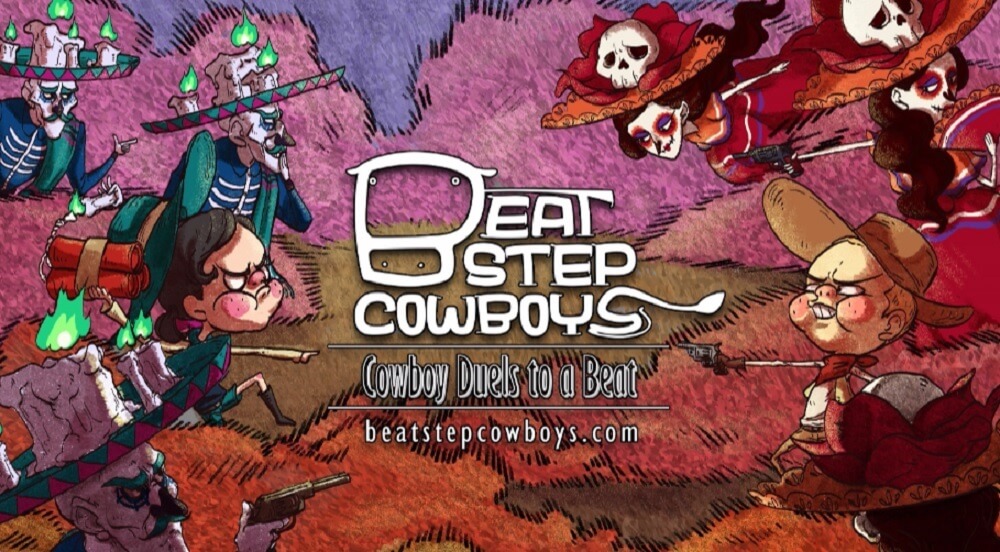 Project Description: You are in the duel of your life. You have four beats to decide what moves to make. Your opponent is making their move. What do you do? This is the life of the Beatstep Cowboys. In this quirky wild west duel, players quickly plan moves that are then carried out simultaneously to the beat of the music. Read your foes’ mind, make quick decisions, and shoot them before they shoot you.

Comments: This title was a hilarious blend of a gunslinger duel and a chess game. The music was paced to increase the tension of the duel. 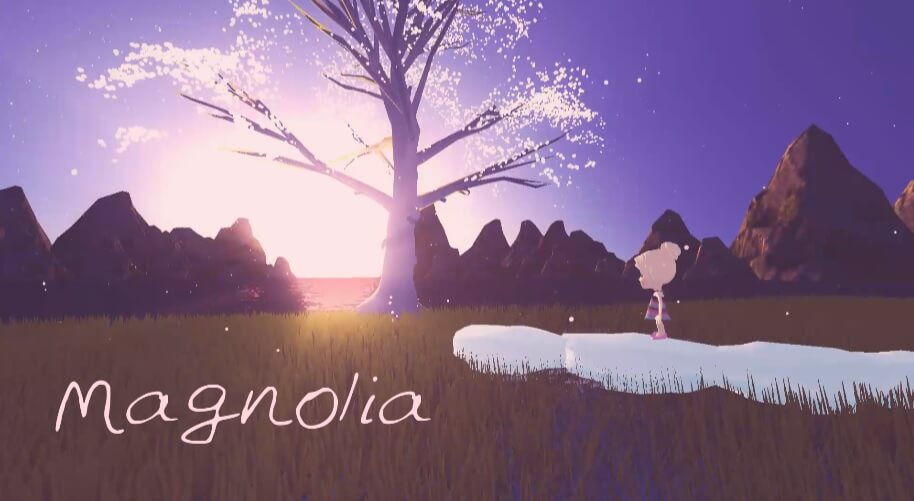 Project Description: Magnolia is an interactive story dedicated to the memory of a three-year-old girl where you play as her experiencing things she loved in her real life. This experience comes to life with dialogue narrated by Magnolia’s father and her sister.

Comments: This game was made in the memory of a girl who died. The team said it was an emotional rollercoaster to make the game over eight months. It had a touching song as its soundtrack. It reminded me of That Dragon, Cancer. 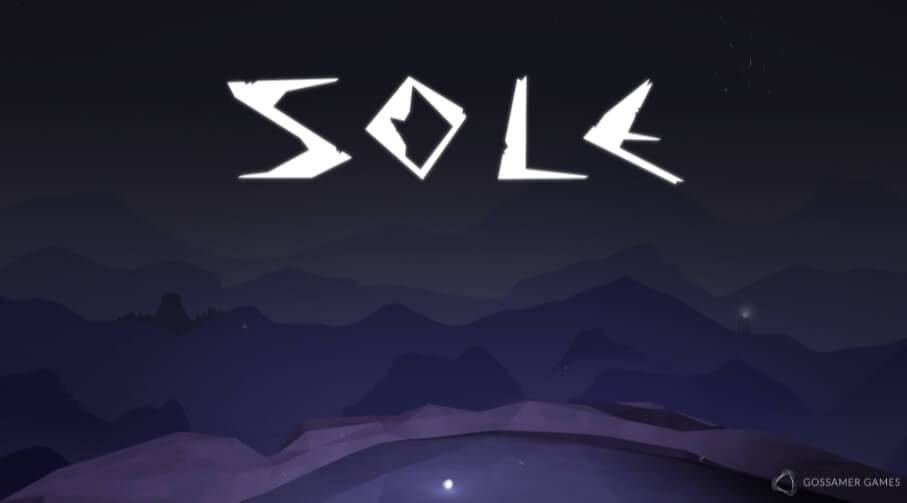 Project Description: Sole is an abstract, aesthetic-driven adventure game where you play as the only source of light in a world shrouded in darkness. Wander through desolate environments, painting the land with light as you discover its mysterious past. Explore the remnants of great cities and uncover the history of an ancient civilization on your journey to restore life to an abandoned world.

Comment: This game was pretty, and it reminded me of titles from Thatgamecompany, like Flower or Journey. 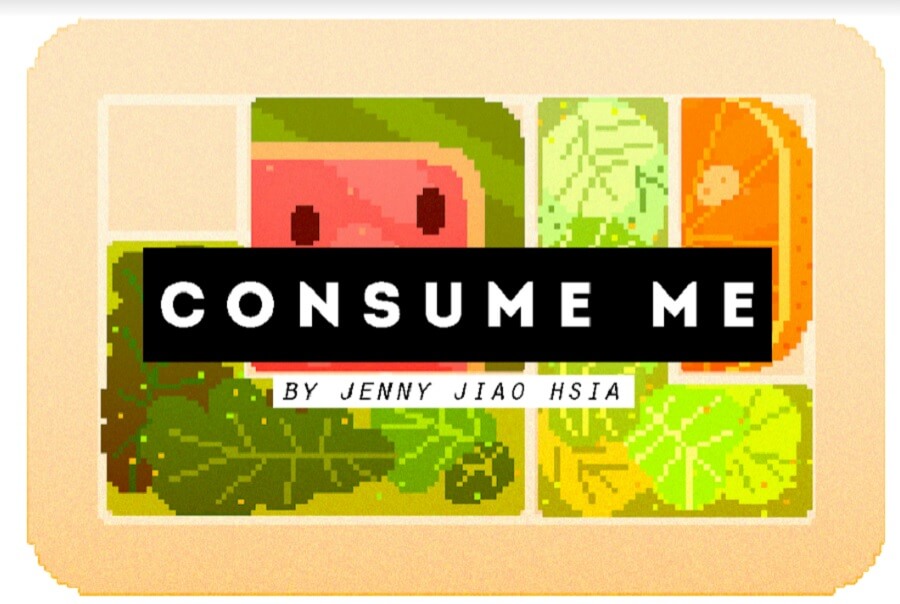 Project Description: Dieting is awkward and strange. It’s empowering sometimes, horrible sometimes, and we need a conversation with nuance and honesty. Consume Me is a darkly humorous personal game about my relationship with food and my body. These prototypes are part of a larger experience that draws on my past with disordered eating. Fit, slap, and control are just some of the ways the player experiences this dieting mindset expressed through mechanics.

Comment: This game has a noble purpose of teaching people to learn how to eat on a good diet and accept their bodies. 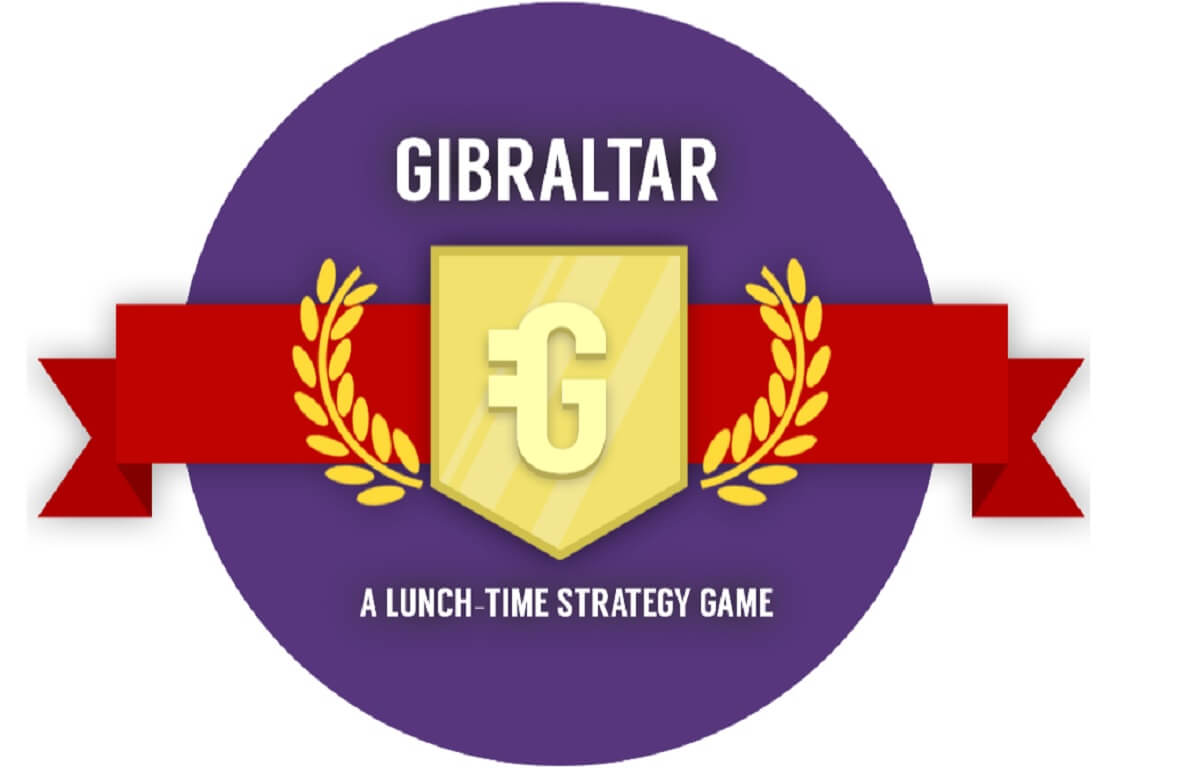 Project Description: Gibraltar: a lunch-time strategy game. Claim victory for your faction as you move adorable robots around a board in an attempt to capture territory and vanquish your enemy. Our goal is to create light-hearted, yet competitive and intellectual experience that friends can play at home, during class, or over lunch. In Gibraltar, two players move their pieces around the board in attempt to control territory. The more territory you control, the more moves you can make per turn. This unique take on strategy games and board games allows players more freedom in crafting their own strategies and experiences.

Comments: This title was an ode to old turn-based strategy games. It was funny that the creator, who had been working on it more than three years, no longer remembered why he called it Gibraltar.

Savannah College of Art and Design 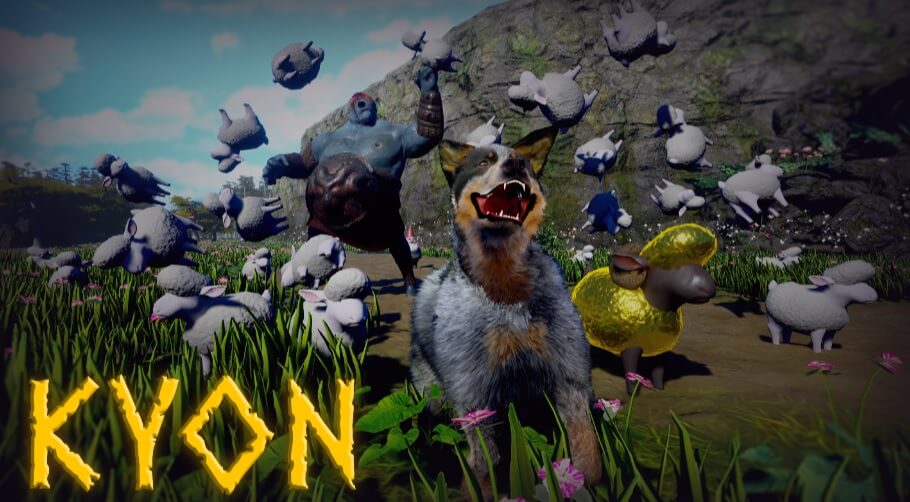 Project Description: Kyon is a top-down, third-person action/adventure game set in mythological Ancient Greece. The player controls Kyon, a sheepdog who must gather lost sheep and herd them through the world with physical maneuvering and bark commands. Dangerous environmental and A.I. threats must be dealt with as the player guides the herd through seamlessly streamed levels.

Comments: This game pits a sheep dog against wolves in a top down battle to either slaughter or save some sheep. It looked very dynamic and fun. 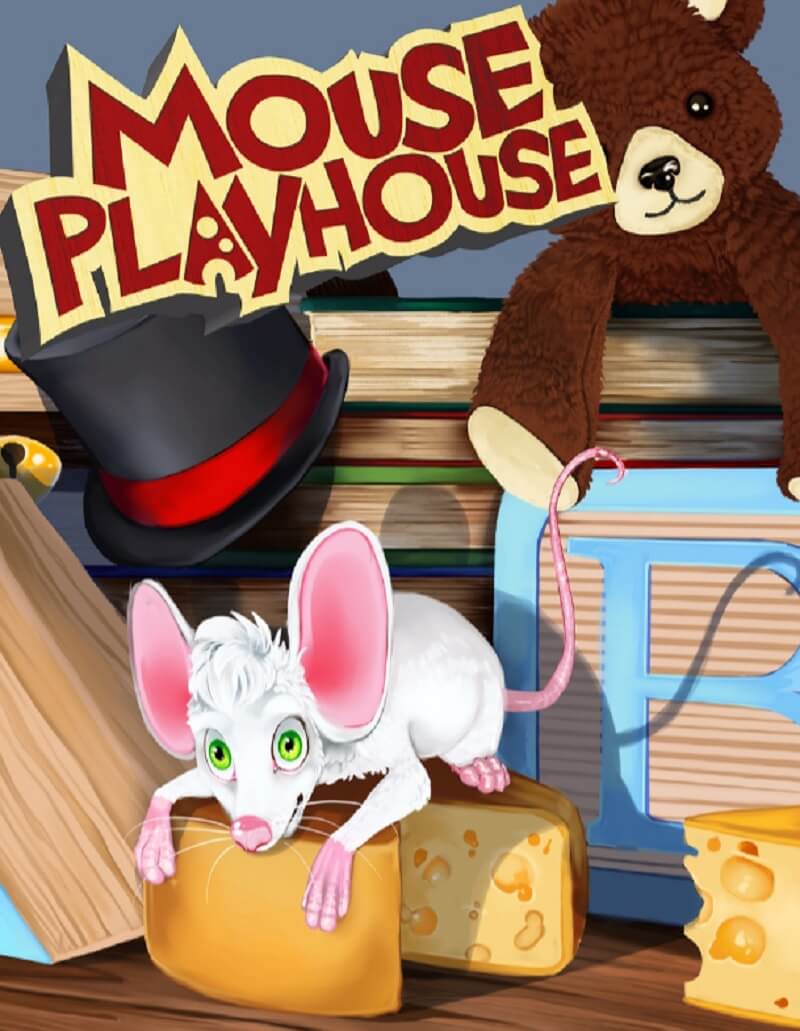 Project Description: Mouse Playhouse is a light-hearted VR puzzle game in which you manipulate objects to solve puzzles and guide your pet mice towards the cheese. In Mouse Playhouse, you can also throw objects around, play basketball, darts, and even play the xylophone. There are a total of 15 levels and each one presents a unique challenge. Players must use the blue objects provided to guide the mice away from trouble and towards the cheese.

Comments: This was the first VR title in the contest, where you had to guide mice around a puzzle to get them to find cheese. It looked good and it had a sense of humor. 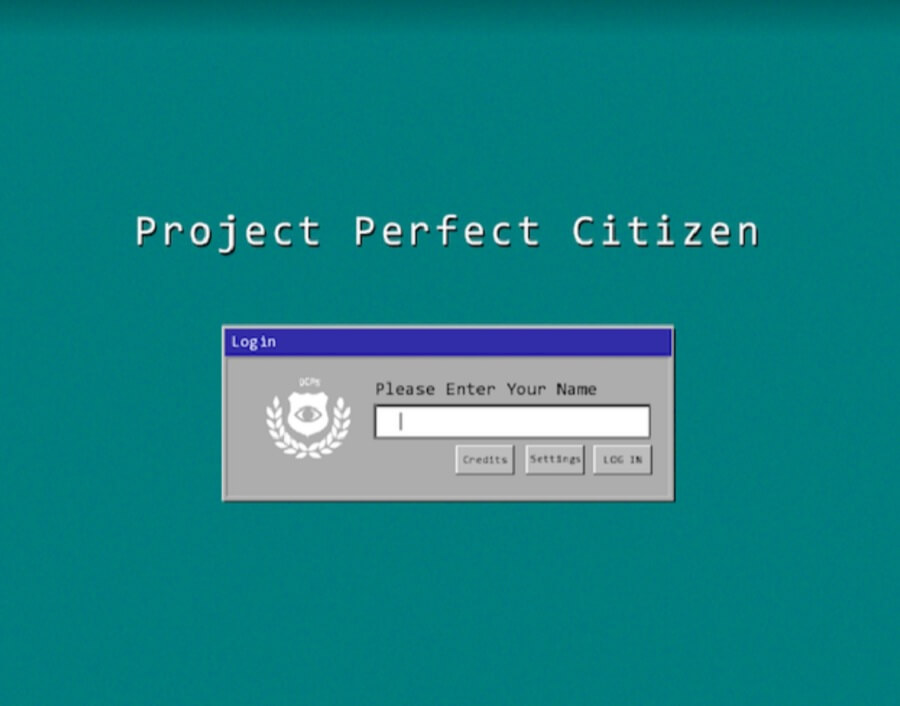 Project Description: Project Perfect Citizen is an innovative interactive narrative experience that addresses government surveillance in the modern digital age. In this alternate-day dystopia, the player takes on the role of a no-name employee at the Department of Cyber Police and Security: a division of the government tasked with monitoring all domestic communications within “The Nation.” After obtaining a warrant from an automated database extraction system, the player is granted access to their target’s Desktop in order to collect incriminating evidence to prove the target’s guilt. But when the line between criminality and the everyday struggle is blurred, the player must look to their own conscience to arrest or exonerate the targets he or she is surveilling. In all, Perfect Citizen seeks to take the player on a thought provoking journey through the personal lives of imperfect citizens in order to push the bounds of games as a storytelling medium and create a tense yet intimate gameplay experience that directly engages with the conversation of privacy and security.

Comments: This was a downright scary game, where you as the player become aware of the National Security Agency’s monitoring of everyday citizens and what you can do about it. 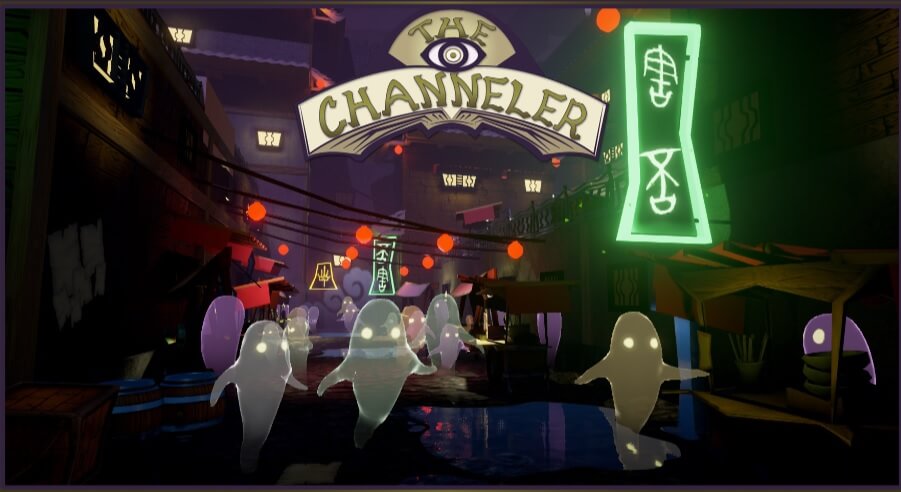 Project Description: The Channeler is an experimental game that uses eye tracking with the Tobii EyeX. Taking place in a quirky world of ghosts and ghouls, you play an intermediary who uses their powers to solve mysteries and crimes committed by spirits. Using their eyes as the controller, the player investigates and discovers clues to solve the latest mystery in the city of spirits.

Comments: This title made innovative use of Tobii eye-tracking technology. 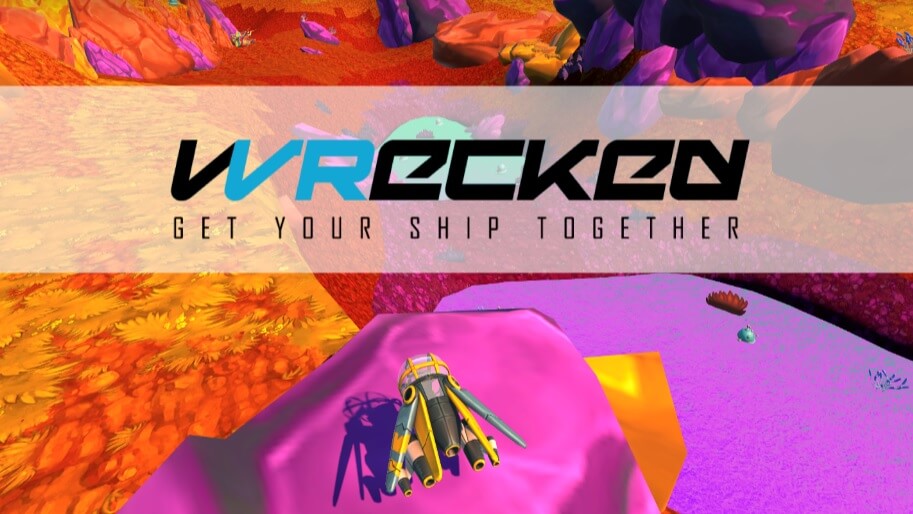 Above: Wrecked: Get your ship toegether

Project Name: Wrecked – Get your Ship Together

Project Description: Wrecked: Get Your Ship Together is the living room party game for VR! One person is on the Vive while everyone else in the room is on their phones. Together, they must cooperate to repair their ship in time.

Comments: This title could get as many as 15 people together in a party game where the goal is to repair a ship. 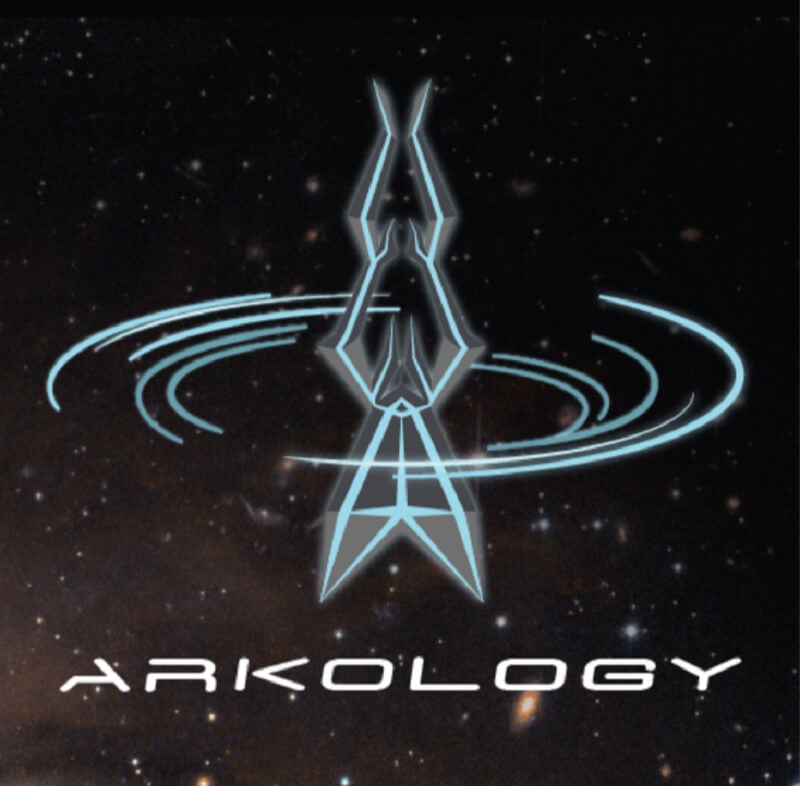 Project Description: Arkology – A Virtual Reality Real-Time Strategy Game. Players can control the game using simple and intuitive motion control. From the Operation Room in the heart of the Ark, players must strategize, command, and lead your forces to preserve what may be the last of humanity. Arkology was developed as part of VR research at the University of Southern California, focusing on novel VR interactions.

Comments: This was a very abstract version of a real-time strategy spaceship battle where you could pause and issue orders. 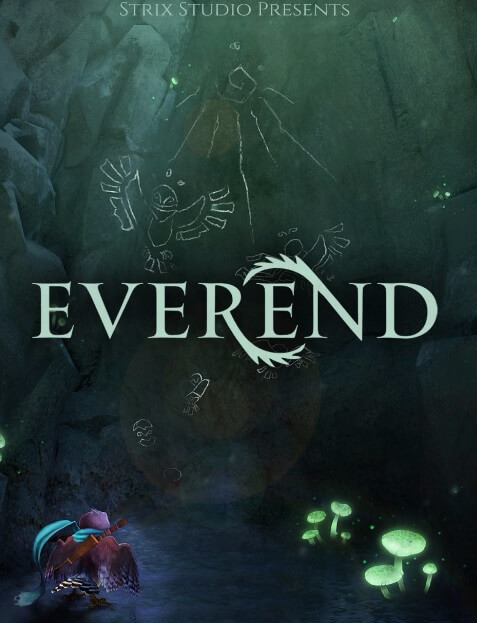 Project Description: Explore a vast, ancient cave and overcome its many obstacles as Kaia, an adolescent owl. Everend is a single-player, exploration driven 3D puzzle platformer. Solve various problems and puzzles throughout the environment as you progress through various levels of the caves, trying to reach the surface. Kaia collects various items through your journey, which allows for increasingly complex problems and solutions.

Comments: This game has beautiful 3D art and environments.