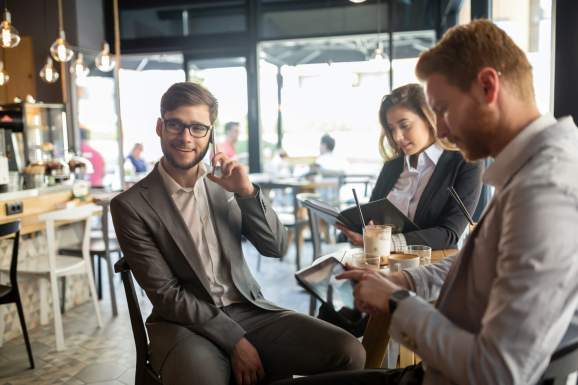 My firm fell into venture somewhat recently. Even though we started working with, and taking equity in, Uber during its Series A, we also started working with, and taking equity in, several dozen startups over the last 18 months and have only deployed capital four times. We’re still relatively new to this world. Eighteen months in, one clear impression I’ve developed is that the venture and startup community waste vast amounts of time having coffee and networking.

On any given day, I’ll get an email along the lines of “You should really meet my friend Raj. He works at a growth equity fund; they invested in Uber’s Series E, and you work with Uber, so you guys should know each other.” Raj and I then meet. He tells me how impressive he is – he went to Harvard, Stanford, worked at Andressen, then went to a growth equity fund, and he’s on the board of two charter schools. I tell him how impressive I am. We then marvel at how impressive the other is. We say that we really should work together on something but never actually do. Other than an hour of ego validation, the entire thing is a waste of time.

Maybe when engineers get together, they talk about big ideas and the future of technology and innovation. But when venture capitalists get together to network (obviously, real friendships are different), from what I’ve seen so far, there’s no exchange of interesting ideas, no debate about major issues – it’s just 45 minutes of very polite conversation, everyone feeling good about how very special they are, and drinking more and more lattes. Who has time for that?

When a startup has an existential regulatory threat, they or their investors manage to find us, whether we’ve ever had coffee before or not. And if the valuation of a VC’s portfolio company isn’t threatened by regulatory risk, it doesn’t matter how much we impressed each other over coffee – we’re never going to work together. I’m 43. I have a wife and two children. I don’t have enough time to see my actual friends. Why do I need to spend time nearly every day meeting strangers for no discernible purpose? (It’s also why I deleted my Linkedin account this week; I’m better off wasting my time playing Subway Surfers – at least it’s relaxing)

I live in New York and perhaps my mentality is too shaped by the city’s no-BS culture. But I got into venture so we could help interesting startups survive political bullying from entrenched interests and so we could earn equity in companies that will hopefully be worth something someday. I want to spend my time solving political problems and making smart investment decisions (or at least trying to). Time spent working is time spent getting things done. Time spent networking is time taken away from getting things done. They are polar opposites.

So my advice to the venture and startup community is this: Stop talking so much. Stop meeting with each other so much. Stop drinking so much coffee. Focus on your product, your service, your technology. Focus on your investments, your portfolio companies, your value proposition. Just knowing lots of other people who do roughly the same thing you do is not all that useful. Being exceptionally good at what you do – and being known for that – is going to yield far more dealflow, business, and opportunity. And even more important, being exceptionally good at what you do is the point of working in the first place (other than making a living, but the only people making a living from all the time you spend at Blue Bottle are the baristas). Less networking. More actual working. Give it a try.