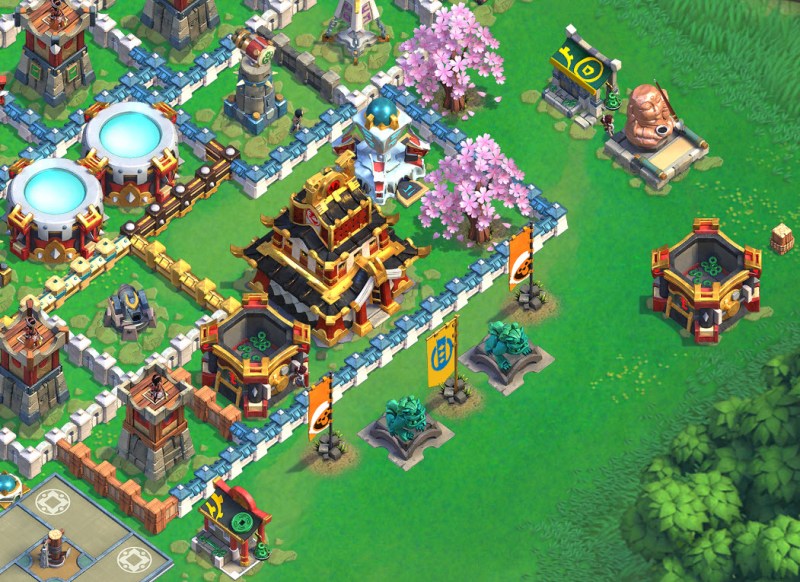 GamesBeat: What are those two?

Hade: This is Fast Lane: Road to Revenge. It’s a top-down shooter. The genesis of the game was a team that had been working really well for about six months straight on a different game, which they decided not to take forward. They wanted to stick together and work on something else, and they looked to Asia — specifically China, Korea, and Japan — and saw this category. There’s a bunch of games that look very casual but have very deep metas. We Fly and Thunder Fighter in China, DragonFlight in Korea, various bullet hell games in Japan.

Usually, when you take a concept that’s working in one of those markets, it doesn’t correlate at all with success in the West. They’re all so different. But when you see something that works across all three — China and Korea are as alike as China and the West, really. When something works across those markets but not yet in the West, then that’s a sign that it should work.

We looked at this top-down arcade genre and asked why it hasn’t worked in the West. There’s two reasons. All of the attempts so far have been quite nerdy in theme — dragons and spaceships — so grounding the game in a car, something people could relate to, was thing one. Thing two is adding a very deep meta, taking the live ops and the social elements and all those systems seriously. That’s the angle.

GamesBeat: Are you guys interested at all in these instant games?

Earner: There’s a pretty rich meta to this beyond the instant gameplay. But certainly, we’re looking at it.

Hade: The HTML5 version has playable ads, which is a big opportunity. It opens up a lot more scope for raising the profile of the game compared to a genre like build and battle.

It’s an endless runner type of mechanic. You keep driving until you die. You can spend to continue, and then every time you do one of these races, you get some currency that you can use to unlock new cars, unlock different weapon variations, upgrade your gear, that kind of thing. The core gameplay has a very frenetic style, but on the back of that, there’s a very deep meta. I can unlock different variations of these cars, which all play differently. Every time I spend money, I get better. You always feel like you’re progressing.

This is a league of other real people. I’m at the top at the moment, but as I’m moving up here and come across these guys on the road, there’s a little boss battle. When I move up the leader board to this point, I’ll have a boss battle against this character. If I beat her, I’ll move up in the league. Each league has subtle variations in the types of obstacles and cars. It’s all wrapped around a story. I don’t think I’ve seen many games weave this kind of PvE and asynchronous social together like this.

One thing we’re very proud of — we talk about live ops being a strong suit of the studio. Each game we’ve made, we’ve brought the thinking about live ops earlier into it. Samurai Siege, we started doing live ops three months after. Rival Kingdoms, we designed live ops from the beginning, but we didn’t start cranking until later. Transformers, we brought the design into the pre-launch phase, so we really built the economy and systems specifically for live ops. We’re getting the dividends from that now.

With this game, we’re in beta, and we’ve already run a couple of events. They work very well. They add another set of objectives on top of the core game loop, and they do it in a way that makes it easy for us to bring in characters and do collaborations. In our launch week, we’ll have a handful of big YouTube influencers come in as bosses. There’ll be light stories around them that will be very relevant and interesting for their fans. We’re working with them to write the stories of these quests and make the content interesting for their fans, but even if you’ve never heard of these influencers, the content still fits in the game world.

Stats-wise, we’re live in Australia at the moment. We’re seeing good casual-level retention stats. The sorts of stats you might expect from a casual game — we’ll get a lot of installs, but because of the live ops systems and the deep meta, we’re seeing mid-core monetization. We’re seeing north of 50 percent day one and rising, something like 20 cents average revenue per paying user (ARPPU), seven of them coming from the rewarded ad product. 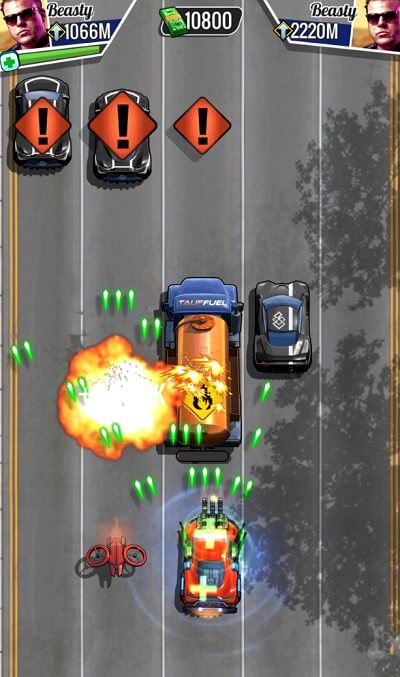 Above: Fastlane is a new game from Space Ape Games.

GamesBeat: And you had a second one as well?

Earner: We do. While he loads it up, the thesis of the second project — the working title of the game is Super Karts — we take Kartrider from Korea, the Super Mario Kart genre — which is one of the biggest genres in gaming history for casual audiences, and we make it work on a mobile phone.

It’s tough to do. We didn’t have the ability or the appetite to pursue it risk-wise a year and a half ago, and now, we can. We’ve been working on this for about a year with a team of 12 people. It’s starting to come together. We have no dates to announce. Being a part of our funnel system, this is a game we’ll launch when it’s ready.

There are some crazy challenges to making a kart game. This is six-player synchronous multiplayer around the world, so there’s a technical challenge. Maybe most important, though, is the control challenge. How do you make a kart game my mom can play? One of the big breakthroughs you’ll see is that it’s portrait view, single touch. Really easy to play. We think it’s very innovative. Third thing is the brand. How do you create something that can be the beginning of a franchise? Fourth, what we’re working on now is the metagame. You download a kart game, and you have fun playing with your friends for a week. Why do you keep playing this game for years?

This is a testament to Space Ape’s willingness to take chances and try innovative new things. We’ve tried all sorts of stuff to make this genre work on a mobile phone and with a lot of success, I think.

GamesBeat: Is this mode multiplayer?

Hade: This one isn’t. We only have a couple thousand users in alpha testing. The chances of you getting matched with a real person are pretty low. There’s a nice party mode, though, so if the four of us want to play together, we can create a room and go in together, and we’re guaranteed to match with each other.

The way we envision people discovering this game for the first time is something along the lines of — Simon shows you the game, encourages you to download it, and then, the four of us play in the room together. It’s a fun casual session, just like how we played Mario Kart when we were younger. Our hope is that then you go back home and continue to play the game. You get more serious about it, go through the progression aspect. But any time, if you want to just have fun with your friends, this is a great way to do it.

Hade: Super Karts is the working title, by the way. I kind of like it, but either way, it’s not the highest priority to nail that right now. We’re still figuring out the gameplay.