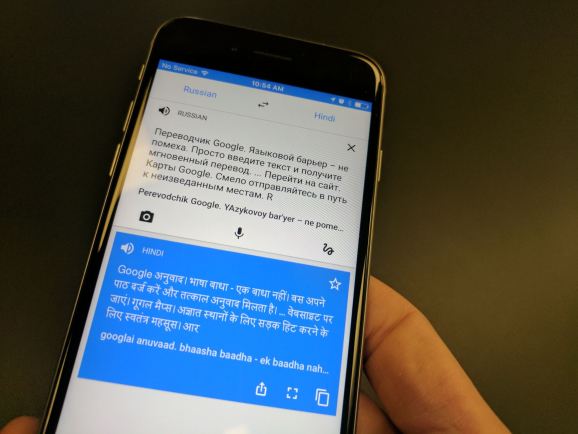 Google adopted this method to translate from English into Chinese in September, and brought it to English, Spanish, Portuguese, French, German, Turkish, Chinese, Japanese, and Korean translations in November. Now it’s available for three more languages in Google Translate for Android, iOS, and the web, as well as Google Search and the Google App. It will come next to web page translations in Google’s Chrome browser.

Google isn’t the company tapping AI to boost translations. Microsoft has done the same thing in its Translator app.

While Google is plenty proud of its smarter translations, the company does still very much appreciate real people’s contributions through the Translate Community — people shouldn’t stop contributing to it, Turovsky wrote.