Owen Mahoney, CEO of Asian gaming giant Nexon, has been fed up with the mobile game malaise where millions of rivals are competing with each other in a race to the bottom. He wants them to be in a race to creativity as the only way to stand out in the pack.

While Mahoney is a business executive himself, he wants the artists who create games to win. Usually, he finds, these creators are often shouted out of the board rooms by the more eloquent business executives who are better trained when it comes to making PowerPoint presentations to boards.

And to get his point across, Mahoney is investing heavily in creative talent. Nexon continues its expansion into the West. Last week, during the Game Developers Conference in San Francisco, I spoke with Mahoney about this strategy. Just a day later, Nexon announced its investment in connected play startup PlayFusion, which has a hybrid game-toy product.

Mahoney is speaking on creativity at our GamesBeat Summit 2017 event on May 1-2 in Berkeley, Calif. During our interview, Mahoney said he was hopeful about the course of the game industry, and how it has retreated from a pure focus on user acquisition and pushing games on users that they don’t want to play. He’s hopeful that game developers will realize that they need to focus on creativity to win. 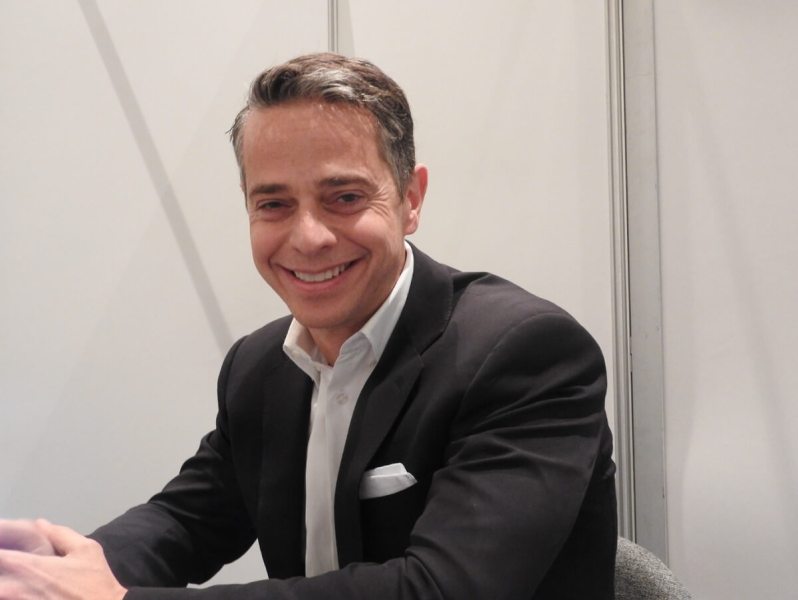 GB: What’s interesting to you at this GDC?

Owen Mahoney: I’m hopeful. I see more developers who are talking about making games that are very high quality, highly differentiated, and last a long time. Those are the things that drive Nexon. As I’ve said before, I wish our industry had a lot more of that.

People ask me, “Well, if you had that, wouldn’t you have more competition?” I don’t think that’s the case. More people would be drawn into video games if we had more people who cared deeply about building a really good game that delights us, that makes us happy. I spend a lot of time in Japan, because that’s where our headquarters is. That’s one of the reasons everyone in Japan is still excited about Nintendo, because Miyamoto clearly believes that.

I wish we had a more active M&A pipeline right now. But at least for us, that’s not going to come from more companies trying to figure out how to sell to companies like us. It’ll come from more companies that are trying to figure out how to move our industry forward in new, interesting ways. The next Nexon or the next Riot or the next Mojang. This is purely anecdotal, but I see less of the cynical approach and more of the aspirational, romantic approach to game-making.

I remember talking to you around the time of our IPO, five years ago. When I was CFO at the time, the number one question we got was, “When are Dungeon Fighter and Maple Story going away?” Every single fund manager we talked to asked us that question. And of course every equity analyst. Their model was, games go up and games go down. This was the time of Zynga. They had the all mindshare, even though we had the bigger IPO. That was everyone’s model.

Fast forward five years. We just closed out Q4. In Q4, Maple Story, our second-biggest game, is now 18 percent bigger. Today Dungeon Fighter is twice as big as it was at the time of the IPO. What I take from that is that you can make a great online game grow for many years. That’s the skill Nexon does better than anybody else. It’s the core thing that makes us special.

By way of comparison, we’re also running the numbers on how big Dungeon Fighter is at this point, just in terms of IP. Life to date gross revenues for Dungeon Fighter is $8.7 billion after 10 years. Guess what the biggest movie franchise of all time is? Star Wars. Life to date box office gross, that’s $7.6 billion. We’re a billion dollars bigger and we’re only 10 years old, a quarter as old. To me, that speaks to the power of playing the long game. I don’t think our industry talks about that enough, but I feel like some people are talking about it more. I’m more hopeful than I’ve been in years.

You ask me a lot about VR. I think I told you at one time that I didn’t think much of it. We weren’t spending any money on it. Our industry continues to try to glom on to the shiny thing that sounds cool. But if you actually play the games, if you spend time in the user experience, you find that it’s a very different story. In the meantime I’m playing a lot of good games coming from two- and three-person shops. They’re mostly offline games, not online games, but there’s some exceptionally good stuff out there. I play with my kids. They’re starting to be a bit more into mobile.

Above: DomiNations has a new atomic age update.