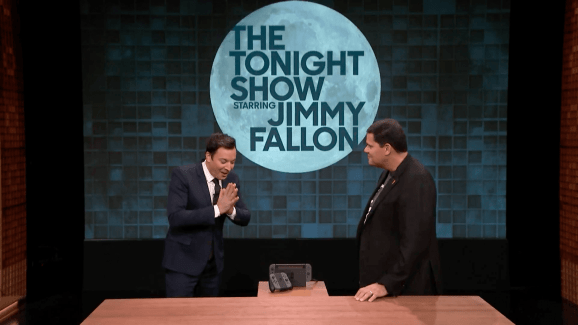 Nintendo’s new console is off to impressive start.

The Nintendo Switch (read our review) sold better in its first two days in the Americas than any of the company’s other consoles, Nintendo of America president Reggie Fils-Aime told New York Times reporter Nick Wingfield. The Wii had the strongest launch up until this point, and now the Switch has knocked that motion-controlled console down to No. 2. Demand and excitement for the hybrid home/handheld console is high, and Nintendo capitalized on that by feeding enough hardware to retailers. Now, the publisher will have to turn this early success into sustained sales.

“Nintendo of America confirms that Friday-Saturday sales in the Americas for Nintendo Switch were the highest for the first two days of sales for any system in Nintendo’s history,” a company spokesperson told GamesBeat. “The Legend of Zelda: Breath of the Wild also enjoyed a positive response with amazing review scores, and is the best-selling launch title in Nintendo’s history in that same two-day initial time period.”

But the Switch system itself isn’t the only new Nintendo product breaking company records. The Legend of Zelda: Breath of the Wild outpaced Super Mario 64 to establish itself as the best-selling launch game for a Nintendo system. It is likely that excitement for the game fed into sales for the hardware, and it’s possible that hype for the new Nintendo console led to better sales for Zelda. At the same time, Breath of the Wild — which is an astounding experience — likely benefitted from a dearth of triple-A competition on the new platform.

Nintendo executives have previously told investors that they are hoping to have a Wii-level success with the Switch. The company sold more than 100 million Wiis, and that seems like a nearly impossible milestone — but having a strong launch is a small first step in accomplishing that goal.

It’s also worth noting that the Switch is the first Nintendo console to launch outside of the November holiday window since at least the Nintendo Entertainment System (which didn’t really have a single, defined launch date). But that March debut didn’t dampen sales. Folks still preordered online and showed up to GameStop at midnight, and the results suggest that the gift-giving holidays aren’t as crucial to sales as they once were. On top of that, Nintendo will still get the holiday boost, which it could treat like a second launch by introducing Super Mario Odyssey or a bundled Switch with games like Zelda or 1-2 Switch.