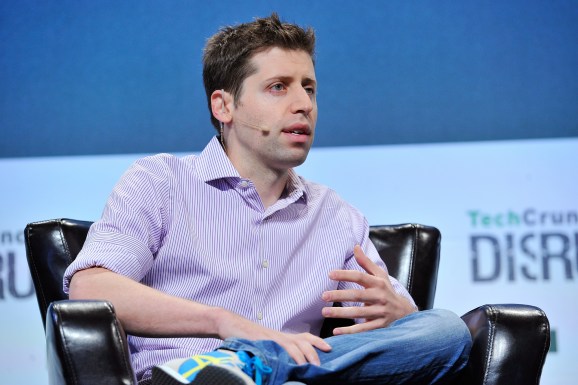 Y Combinator is making its Startup School event available to more people in the form of a massively open online course (MOOC). Starting today, you can register for a spot to watch the various industry leaders and entrepreneurs that the startup program has lined up to guest lecture during this 10-week course. Participants will also receive access to a Slack-powered community so they can converse with their classmates.

As for the final exam, participants will be invited to present what they’ve built to the entire class in what is essentially a pseudo Demo Day. The best part is that Y Combinator is giving this all away for free.

Startup School is an annual event produced by Y Combinator in which entrepreneurs and students receive lessons from many of the technology industry’s leaders, including those who have graduated from the accelerator program. Past speakers include Twitter chief executive Jack Dorsey, Facebook cofounder Mark Zuckerberg, Watsi’s Chase Adam, former Evernote CEO Phil Libin, Pinterest CEO Ben Silbermann, venture capitalist Ron Conway, and others.

This year, the program is expanding into an online course out of a desire to “replicate much of the YC experience,” organization president Sam Altman wrote in a blog post.

Some of the guest lecturers for the inaugural course include Reddit CEO Steve Huffman, WhatsApp CEO Jan Koum, Stripe CEO Patrick Collision, Quora CEO Adam D’Angelo, Facebook vice president of growth Alex Schultz, Vinod Khosla, SaaStr founder and VC Jason Lemkin, and an assortment of partners from Y Combinator. Nearly 40 percent of the classes will be “recorded advice sessions with startups,” something Altman described as “some of our most helpful content.” The lectures will be recorded from Stanford University and will cover topics like idea generation, product development, growth, culture building, fundraising, and more.

Startup School will be a three-way conversation, allowing you to receive advice from Y Combinator and guest lecturers and making it possible for “a few thousand” people in the class to get feedback on their startup each week during online advice sessions. These advisory meetings will be led by alumni of the Y Combinator program, including Experiment’s Cindy Wu, Boosted Boards’ Sanjay Dastoor, and Cruise’s Daniel Kan.

This isn’t the first time Y Combinator has offered a MOOC for entrepreneurs. In 2014, Altman taught a course about startups at Stanford, and that apparently did well enough that the organization opted to launch an in-house version in a bootcamp format. To support this effort, the startup program is likely leveraging technology from Imagine K12, an education tech accelerator it acquired last year.

The decision to offer these resources to entrepreneurs who are not part of the Y Combinator core program may be surprising at first glance. But it’s part of the mission Y Combinator set up more than a decade ago. “We wanted to help startups at whatever stage they’re in become billion-dollar companies,” partner Jessica Livingston once told VentureBeat. Other efforts to share knowledge have come in the form of the video interviews Altman launched last year with people like Zuckerberg, Livingston, Microsoft cofounder Bill Gates, Tesla CEO Elon Musk, and investor Peter Thiel.

You can register for Y Combinator’s Startup School here.