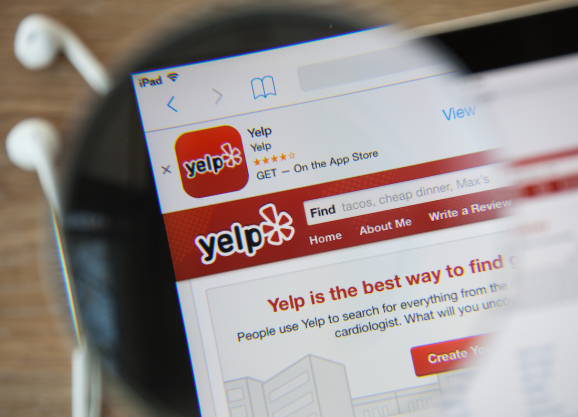 Yelp made the surprising decision last fall to shutter its international operations and focus on North America. Over the course of 12 years, the company had made astonishingly little progress growing its overseas business.

So what went wrong? In the company’s recently filed annual report, Yelp identifies one of the culprits: Google.

In discussing the decision to wind down international operations, Yelp added a section that reads:

Yelp has had a long-running feud with Google, accusing Google of manipulating search results to favor its own products over Yelp’s. Indeed, Yelp was one of the chief sources of complaints leading to aggressive anti-trust investigations of Google by the European Commission. Google has steadfastly denied Yelp’s allegations.

Last year, Yelp’s European policy chief, Kostas Rossoglou, said in an interview that anti-trust intervention by governments would be essential to letting the company compete. Yelp CEO Jeremy Stoppelman even testified in front of Congress back in 2011 about the harmful impact of Google’s practices.

Whatever the case, Yelp struggled over the years to gain traction outside of the U.S. and Canada. In 2013, international revenues represented 4.6 percent of its business. That fell to 2.2 percent in 2015. On an earnings call with analysts last month, the company said revenues had fallen to 1 percent by the fourth quarter of 2016 and that the company had fewer than 500 international advertisers.

“That’s a pretty small portion of the business,” said Yelp CFO Charles Baker. “Remember, international revenue is about 1 percent of the total. We did, I think, about $2 million of revenue from international in the fourth quarter, and that gives you scaling of the advertiser base there.”

Although Yelp said it would lay off 175 employees from its international operations, its overall headcount grew last year to 4,256 employees, from 3,825 in 2015.

Investors, in general, have proven to be quite patient with Yelp. But since the past earnings report, the company’s stock fell to $33.37 per share at the close of trading on Friday, from $41.49 on Feb. 9 when Yelp reported earnings.

Still, that’s well up from a year ago, when the stock dipped to $15.69 amid rumors that the company was possibly going to be sold.