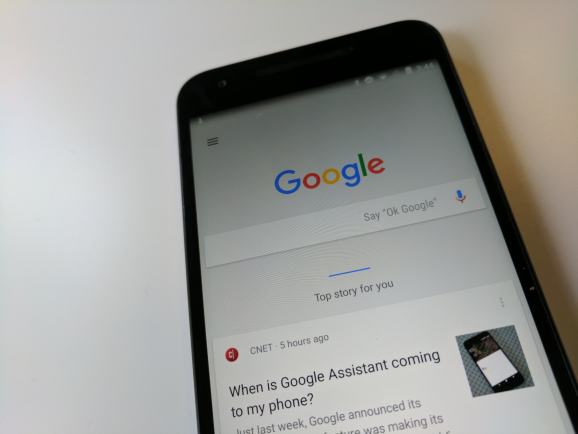 Google has been developing new assistive features for its Android mobile operating system.

The features might or might not make their debut in the next version of Android, a source familiar with the matter told VentureBeat. Google is expected to unveil Android O at its I/O developer conference in May and then release it in the fall following multiple developer previews.

Some of the updates could help Google catch up with Apple, which has started enhancing its iOS apps with artificial intelligence, just as Google has done on Android.

First, Google has built a feature called Copy Less that could cut down on the annoyance of copying text from one app and pasting it in another, the source said. It’s unclear whether the feature would be added to Google’s standard-issue Gboard virtual keyboard app or Android itself.

As an example, if you and a friend are having a conversation in a chat about where to eat dinner and you find a good restaurant in the Yelp app, when you go back to your conversation and type “it’s at,” one automatically generated suggestion in Gboard would be the restaurant’s address. You can just tap it, and the keyboard will populate the text box with the address, which you can send with the send button — instead of using Android’s pointers for copying just the right amount of text in Yelp and then pasting in the messaging app.

This builds on Google’s previous efforts to automate actions in other apps on Android. In October, Google added the ability to search for and share contact information using Gboard. The Google Now On Tap feature that Google introduced in Android 6.0 Marshmallow lets users hold down the home button and then receive “deep links” to content in apps based on the information on screen. Back in 2012, Google Now started showing a card about the status of a particular flight after you’ve searched for it.

But last year Apple enhanced its Messages app for iOS with the ability to automatically share your current location and also suggest addresses and phone numbers from your contacts.

Googlers have also thought up a way for Android to do more with certain types of text in messaging apps, the source said.

For instance, today if someone sends you a message containing an address, nothing will happen when you tap on the address in Google’s Android Messages app, but once this feature has been released, Android will recognize that the text is an address, so tapping on it will open it up in, say, Google Maps. The source was not sure if the feature would be restricted to Google’s stock Android Messages app or if it would work in all messaging apps for Android.

On iOS, this feature has been available for some years now, and Google looks keen to catch up. That said, Google’s Gmail web app already has some of this sort of sophistication; when a date or time appears in the body of an email, Gmail underlines it, and when you hover over the underlined text, Gmail offers to add an event to your calendar. But Gmail doesn’t currently do anything when an address is included in an email.

Finally, Google has found a way to let people use finger gestures to trigger actions across Android, the source said. For example, the source said, if you draw the letter C onscreen, then Android will show a short list of recent contacts. It’s possible to bring up contacts using the “OK Google” voice command on Android, but a gesture could be faster.

Huawei has previously incorporated gesture recognition into Android phones including the Mate 9. One Huawei “Knuckle 2.0” feature lets you open an app like a camera when you draw a letter like a C with a knuckle. Apple offers 3D Touch gestures on iOS, but you typically have to do the gesture in a certain place in order to open up options.

Google’s gesture triggers could get delayed or might not ever ship, the source said.