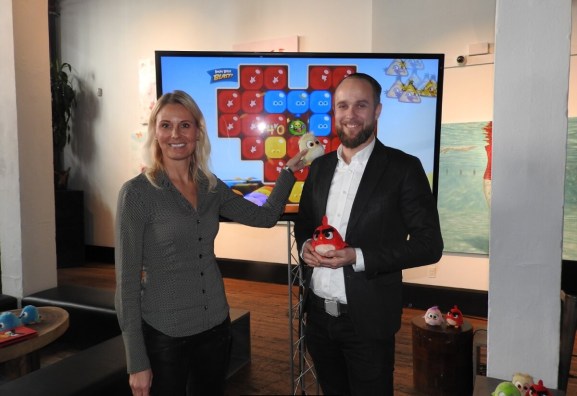 Angry Birds maker Rovio grew its revenues 34 percent to €190 million ($203 million) in 2016, up 34 percent from $150 million a year earlier. You might have expected that, since the Finnish company’s The Angry Birds Movie generated nearly $350 million in revenue at the box office.

But Rovio actually hasn’t received that money yet. The Helsinki company generated a profit of €17.5 million ($18.5 million) in 2016 based on its comeback in games, said Kati Levoranta, CEO of Rovio, at a press event last week at the Game Developers Conference in San Francisco.

A year earlier, Rovio had lost money, mainly because it over-relied on Angry Birds and didn’t innovate enough with its line-up. But Levoranta said that during 2016, Rovio found its magic again.

Most of its revenues came from Angry Birds Friends and Angry Birds 2. Rovio now has five game studios, including its Match, Slingshot, and Battle studios in Espoo, Finland. It also has a role-playing game studio in Stockholm, Sweden, and a new massively multiplayer online studio in London.

During the GDC 2017, I sat down with Levoranta and Wilhelm Taht, executive vice president of games at Rovio. Here’s an edited transcript of our interview. 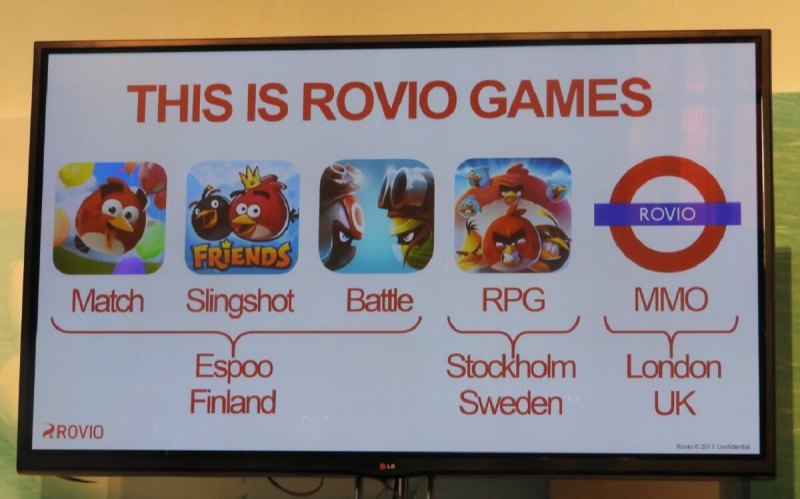 Above: Rovio has five game studios, including a new one in London that isn’t making Angry Birds games.

GB: A very good year for Rovio. I wonder how long the whole turnaround was in the making. How long before one of your games really turned the corner?

Wilhelm Taht: Last year’s success is by no means a result of last year alone. We made changes in the organization, both in 2014 and 2015, to lead to an increased focus in 2016. Then it clicked, I guess, is the way to capture what then happened in 2016.

If you look at the turnaround from a more micro level, an individual game level, it was by no means one silver bullet. This industry is all about sweating the details, all about running the marathon every day. It’s a gradual upswing throughout the year, which happened in our top performing games in the portfolio. I don’t want to make many forward-looking statements here, but the upswing and the growth happened across the year. We’re set up for an interesting 2017.

GB: Some of the games are holding up, and even accelerating.

Taht: Right, accelerating through live operations and through user acquisition. Both through scale and through KPI (key performance indicators) improvements.

GB: The movie revenue, is it materializing just yet? Do you have more coming in? 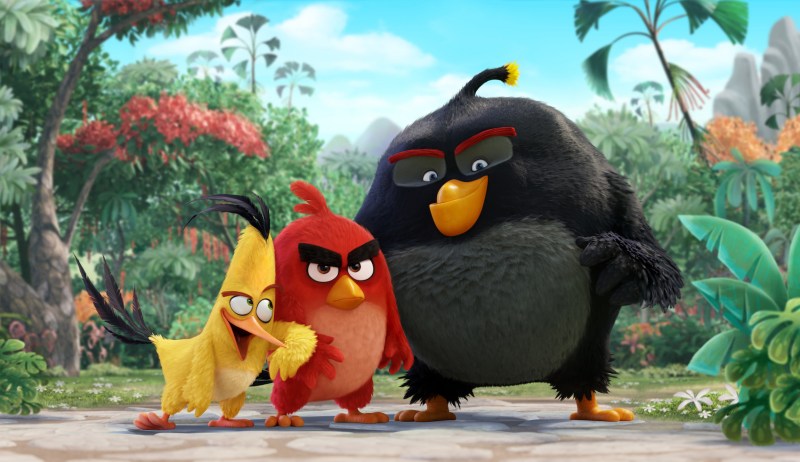 Above: The birds (Chuck, Red, and Bomb) underwent a makeover for the film.

GB: Is there more to that, as far as the tail?

Levoranta: Yes, the home entertainment window is open now. That’s the normal entertainment span, how it goes. You have theatrical, then digital, physical, TV and so forth.

GB: This dual strategy still makes a lot of sense, then? Investing pretty heavily on both the animation side and the game side?

Levoranta: Going forward, we’ll definitely be looking at more investment on the game side than the animation side. But we’ll continue to brand licensing activities as we’ve been doing.

GB: Does it make sense to do another movie?

Levoranta: The sequel is in planning, yeah. But it’s a different kind of investment compared to game investments.

Taht: It’s hard to sweat the details of how to effect results today in the movie industry. Whereas we’re live 24 hours a day, seven days a week in games. Every day we can do something about it. 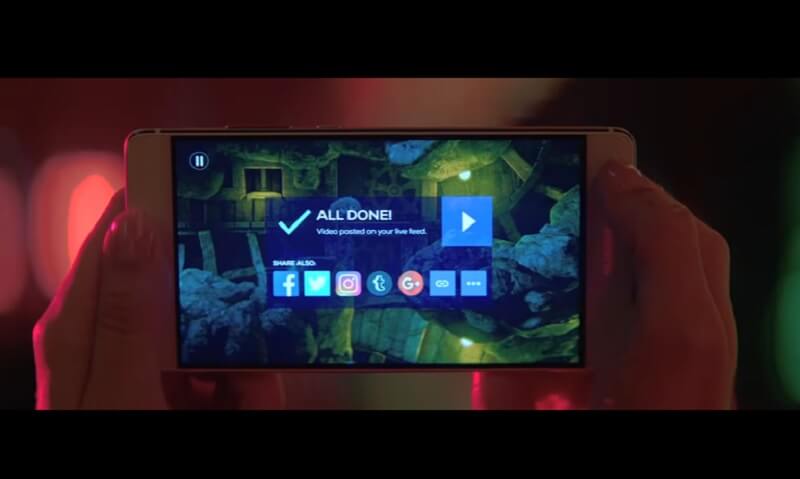 GB: I noticed you spun off Hatch. What was some of the thinking there? Is Rovio narrowing down its focus?

Levoranta: We’re definitely focusing in, very much. That’s been ongoing in the past years. Hatch has been a successful spin-off.

GB: As far as theme parks, merchandise, other entertainment, is that still a big part of Rovio, or is that getting less emphasis in the future?

Levoranta: It’s definitely part of our business, still. We’re opening this spring, or at the beginning of summer, a new location-based activity park in Doha, both indoor and outdoor with an Angry Birds theme. We’re still in consumer products licensing with more than 300 partners in our network. We’ll continue those activities as well.

GB: What’s some of the thinking for diversifying beyond Angry Birds?

Levoranta: There’s definitely thinking there, especially on the game side.

Taht: I guess I’ll go the long route on this one, because otherwise some details get lost along the way. What happened with Angry Birds is quite unique. Often we’ve been asked, and we’ve asked ourselves, could we do that again? Not many brands out there, from a global standpoint, have the level of brand awareness that Angry Birds has. I say this with the most humility that I can, but it’s a fact that it’s very well-known across the globe. It hits age segments in an interesting way. It truly is a four-quadrant brand.

When we look from a games point of view at new IPs, we can’t set the goal of creating a new Angry Birds. How many Angry Birds has the mobile game industry seen so far? Not that many. There’s only one blockbuster movie based on a mobile game. Hopefully there will be more, but we haven’t seen one yet. We will and we do create new IP. We created Nibblers, and it did really well as a mobile game last year. We did a lot of performance marketing on it. It was our number four top game last year. We’re going to release Battle Bay, a new IP by the creators of Angry Birds, this year.

It’s really important for us to build new business catering to new fans outside of where we are at the moment. We established our London studio to create mobile MMOs under non-Angry Birds brands. Are we going to create another IP like Angry Birds? I hope so, but that’s not necessarily the goal here. The goal is create great entertainment for fans who love great games. If a big brand gets born out of it, that’s great. Let’s not close those doors. But from a mindset point of view, we’re working with new IP in a humbler way. 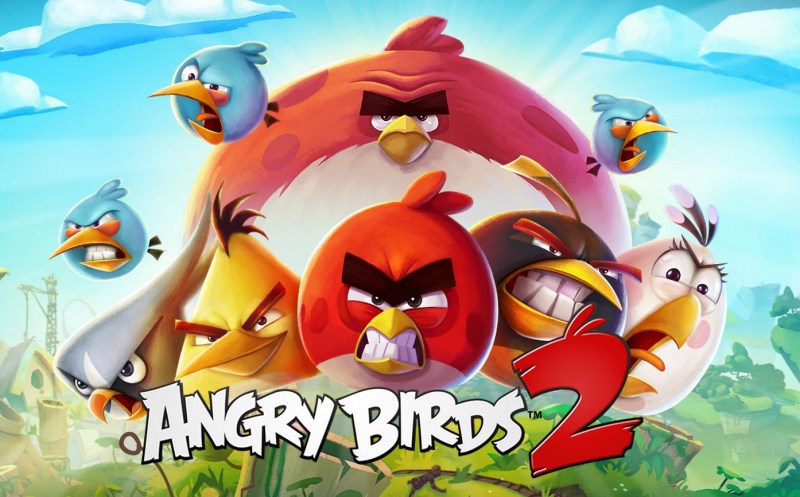 GB: Do you have to think about the brand in a different way? It’s almost like an instant success. If you look at Mario or Mickey Mouse, you guys might even be more popular than them right now. But they’ve been around for so many decades that they’re predictable, in a way, whereas with yours there is less data to show.

Taht: True, but in less than three years it’ll be 10 years old. The brand awareness is really big all over the globe. We have two games in the top 50 grossing in the U.S. now. Angry Birds 2 was number 21 two weeks ago and it’s moving upwards. It still does seem to resonate. We’re planning a sequel to the movie and activities around the brand for the coming years. Our ambition is for Angry Birds to stay alive for hundreds of years.

Levoranta: If you think about the entertainment we’re bringing to our fans today, it comes in many ways. We believe that having these different touch points will keep the brand alive – games, consumer products, and a couple of other things we’re doing. We believe we can be out there in a hundred years. [laughs]

GB: It’s hard to keep it from going into a kind of arc, I suppose. Making sure it’s a steadily growing brand.

Levoranta: You have a baseline, and then you have peaks depending on what kind of entertainment you bring out.

GB: What direction do you give game developers about what to do next?

Taht: I’m a firm believer in having as much ownership in the game teams as possible. What you saw here, in terms of our five focus areas — the rest of the questions and answers should lie within the game teams and the studios, rather than with central management. It’s important to run the operation like that. Choices about going live or discontinuing games ultimately should live with the team. We discontinued quite a few games last year, both in development and during soft launch.

Naturally there’s a strategy for each studio. That’s more the direction and the guidance that should be given, rather than meddling with day to day development of games. 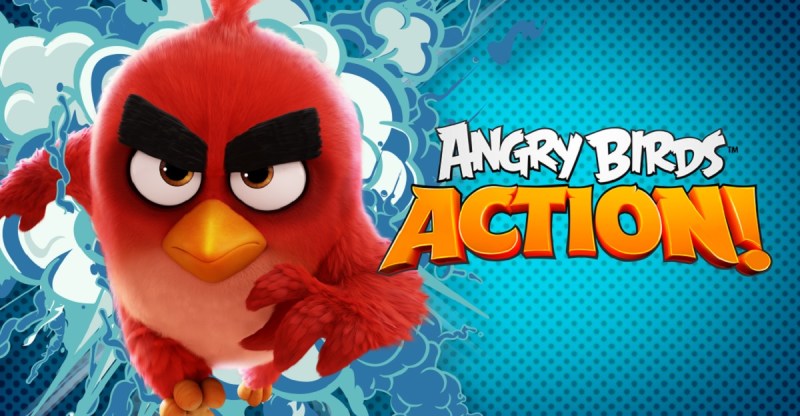 GB: You said that in a very Supercell-like way, very democratic. I wonder if that’s a Finnish characteristic.

Taht: I’m not sure that’s really the case. I think this is the Rovio way. There are many differences in terms of how Supercell runs their operations and how we do. We want to be in control of our own destiny. We want to be the future Rovio, not the future someone else. When you dissect how free-to-play mobile games run over years and years, dissect how they’re develop over years, the result of how to get to the point where you can run them for all those years will undeniably look fairly similar. At least up until you find the odd anomaly, of which there are quite a few in the top-grossing charts.

We have about 300 people in our games organization, highly talented people. These are the individuals that have the finger on the pulse when it comes to what works and what doesn’t work. They have their finger on the pulse of data, of what fans want today and tomorrow. When you bring it up to a high-level approach, it’ll sound fairly similar across different companies.

GB: How many people are in the overall company altogether?

GB: Is it good to be growing again?

Taht: We had some pretty wild years when it came to growth in headcount. There are challenges that come with such a level of growth. I’m not sure we want to line up those types of challenges again in the future. We’ve learned.