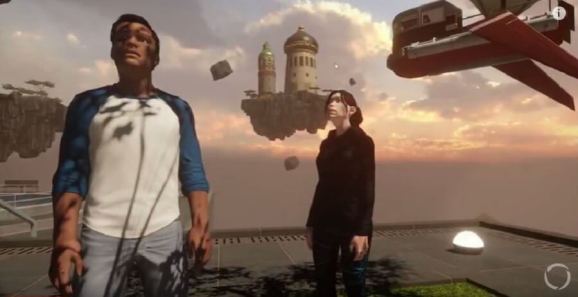 Sansar is coming soon, and that means you may be able to live in virtual reality soon. Linden Lab‘s Sansar virtual reality world is debuting as an open beta test shortly, and the San Francisco company has released a video of what the place will look like.

Linden Lab recently invited hundreds of new creators into its early test of the world, which is more like a series of interconnected virtual places. The company also opened up a marketplace where users can sell virtual items for real money.

That marketplace will enable monetization for the denizens of Sansar right from the start, said Ebbe Altberg, the CEO of Linden Lab, in an earlier interview with GamesBeat. The marketplace and the addition of new users are a necessary step as the company makes its way toward a general release.

Linden Lab’s previous online world, Second Life, democratized the creation of virtual objects in a virtual world on the PC. And now Sansar intends to democratize VR, empowering people to easily create, share, and monetize their own multi-user, interactive virtual experiences without requiring engineering resources. Creators are now able to apply to get early access to build virtual spaces, and starting today, the creators who are already in Sansar can buy and sell content on the platform.

The virtual economy will be similar to Second Life, where you use real money to buy Linden dollars and then spend it on objects in the world. In this case, you’ll use real money to buy Sansar dollars. Those Sansar dollars can be spent on items, and you’ll be able to redeem them for real money at an exchange rate that will be set in the future. Linden Lab will take a small percentage of transactions as a fee on the gross domestic product (GDP) of Sansar. Altberg likened that to a consumption tax in the real world.

Project Sansar will be optimized for VR headsets like the Oculus Rift but also accessible via PCs and (at consumer launch) mobile devices. (Mobile VR access will be coming later on as the spaces are best accessed via PC-based VR at the moment.) About 75 people are working on it, and the whole project has been in the works for three years. An editor exists that enables people to create their scenes on the PC or in VR. As people publish their experiences, they can make them available in the cloud.

Sansar will make exploration, socializing, and other experiences possible through expressive avatars, text, and voice chat. And it will make it easy and fun for people to create their own social VR experiences, eliminating the need to find a professional developer to build such an experience today. While it will be challenging for Linden Lab to operate both worlds at once and to inspire people to create in Sansar, it’s also exciting to be there at the creation of a new world.