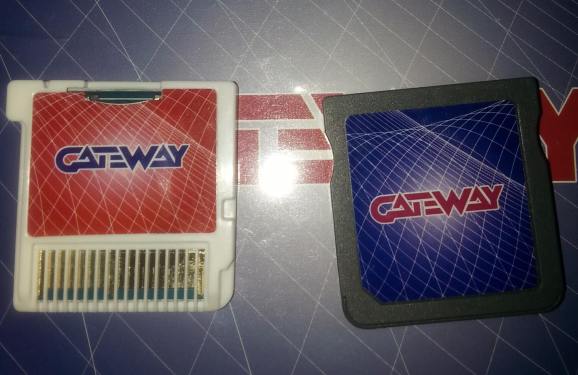 Using devices like these enable 3DS owners to play games they've pirated from the internet.

Nintendo has scored another win in court, and this time it is against retailers that sell piracy devices.

Canadian federal court ordered Go Cyber Shopping Ltd. to pay Nintendo $12.76 million (that’s in Canadian dollars; it’s $9.51 million American) for selling devices that circumvent copyright protection on Nintendo’s 3DS handheld. These products, typically known as “flashcarts” in the modding scene, typically sell for $20 to $60, and they include items like Sky3DS and Gateway 3DS. While players can use them to load homebrew software, people typically use something like a Gateway to load in 3DS games that they’ve illegally pirated from the internet. Selling flashcarts is also against U.S. regulations.

In a press release, Nintendo calls the results of the case a rebuke of the activities of Go Cyber and its proprietor, co-defendant Jermaine King. The publisher also notes that this is a positive test of the Canadian Copyright Act’s Anti-Circumvention clause, which went into effect early this decade.

“Nintendo continues to be a leader in bringing innovative gaming platforms and software to our fans and millions of gamers across the globe,” Nintendo general counsel and business affairs boss Devon Pritchard said in a statement. “Nintendo has an established track record that demonstrates our resolve to protect our iconic characters and franchises. We will continue to protect the creative works of our developers and vigorously enforce our intellectual property rights against those that attempt to steal or misuse them.”

Prohibiting the distribution of flashcarts is a crucial step in Nintendo’s march against piracy. The company’s Wii and Wii U consoles, as well as its DS and 3DS handhelds, have all seen their copyright protection eventually defeated. This enabled gamers to download and install hundreds of games to their systems without having to purchase them. Nintendo, obviously, wants to avoid that with its recently launched Switch platform, but pirates almost always find a way to circumvent security in entertainment devices. But if Nintendo can block shady entrepreneurs from then making a living selling flashcarts, it could potentially put a finger in the piracy dam before it bursts.

Of course, nothing is stopping you from loading up a Chinese website and ordering products that are illegal to sell in North America.