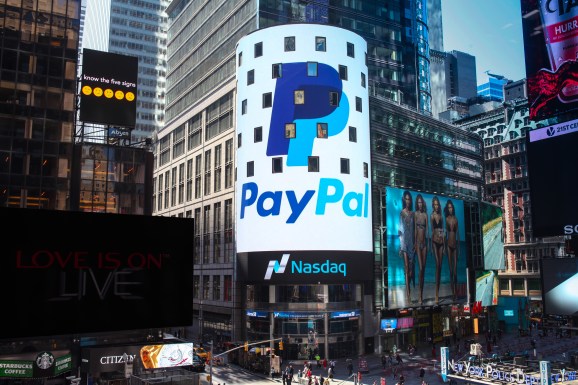 PayPal has entered into a global partnership with B2B ecommerce company Oro, an open-source business applications firm started in 2012 by founders and employees of Magento, the B2C ecommerce startup acquired by eBay a year earlier.

One of Oro’s core offerings is OroCommerce, which was officially unveiled a couple of months back to serve mid-size and large companies with myriad B2B ecommerce tools that make it easier to manage price lists, customize catalogs, manage corporate accounts and relationships, and automate workflows.

With PayPal in tow, the duo have now created a “fully integrated payments solution” that enables Oro’s clients to provide their own customers with an easy way to pay for goods and services.

Though PayPal is better known for its B2C and P2P payments facilities, the company does have some presence in the B2B realm. Back in 2013, it launched its Working Capital program to lend money to small businesses, and it has gone on to lend billions of dollars in the intervening years. Elsewhere, PayPal announced an integration with accountancy software platform Reckon last July, allowing businesses to include a “pay now” option on invoices that link to various payment mechanisms, including PayPal. This was followed shortly afterward by a similar tie-up with SME invoicing platform Xero.

PayPal was spun out of eBay back in 2015 and started trading again as a public company in its own right after more than a decade as a subsidiary. The company’s shares have peaked and troughed over the past 18 months, but they remain roughly flat. An obvious route to growth for PayPal is B2B ecommerce, a market that is expected to hit $6.7 trillion globally by 2020 — double that of its B2C counterpart. And this is why PayPal is pushing into more partnerships on that front.

“Having been the market leader in B2C payments for more than a decade, we are now seeing a growing adoption rate of PayPal by B2B businesses,” said Jason Smith, head of PayPal global channel partners. “As the industry’s first ecommerce platform built specifically for B2B companies, OroCommerce has both the expertise and resources we need to help us deliver greater value and provide better payment experience for our B2B merchants.”