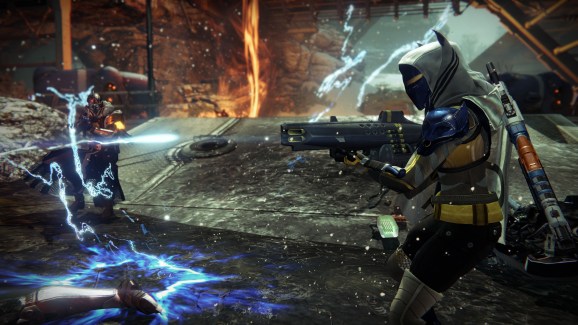 Shoot 'em all, but with all new guns.

The first Destiny isn’t done yet.

Bungie revealed details on the next Destiny live event, Age of Triumph, for its PlayStation 4 and Xbox One online shooter. It will launch on March 28. The free update will be the last major content addition to the game before Destiny 2 comes out later this year.

Notably, the update will bring all four of the online game’s raids to an appropriate difficulty (390 Light Level) with corresponding rewards for players who have reached endgame status. This includes the original one, Vault of Glass. Raids are difficult dungeons that have players fighting intense bosses and earning some of Destiny’s best gear. The updated versions will include some design changes. Each week, Bungie will feature a different Raid, which adds extra challenges and rewards. The original Raids will also remain.

Destiny came out in 2014 for PlayStation 4, Xbox One, PlayStation 3, and Xbox 360 (Bungie stopped updating the PS3 and Xbox 360 versions last year). Since release, Bungie has added new content to the online shooter with paid expansions and free updates like this.

We know that Destiny 2 is coming later this year. It’s serving as something of a reboot for the series. Although you’ll be able to take your Destiny character to the sequel, you can’t bring any of your weapons or gear with you. So while this new content for Destiny can give its players something to do while waiting for the sequel, the loot they earn from it will become obsolete. However, Bungie did note that Destiny isn’t going away, and it plans to keep the game online for the foreseeable future.