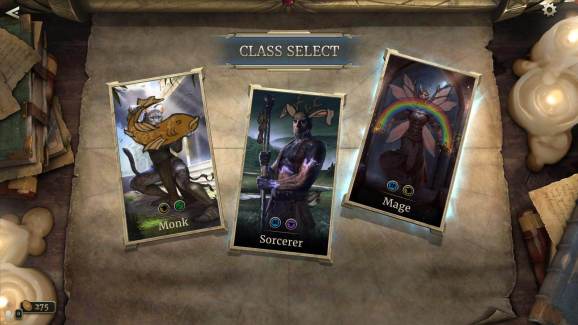 The Elder Scrolls: Legends sometimes has fun with its Arena modes.

One of the most entertaining alternatives to Hearthstone in the $1.4 billion digital card game market is ready for its coming-out party.

Bethesda brought its Elder Scrolls: Legends card game out of open beta today on PC. It’s now available for anyone to play through the publisher’s Bethesda.net launcher app (you won’t find it on Steam, as you would with the company’s other PC games like Fallout 4 or The Elder Scrolls V: Skyrim). Dire Wolf Digital is the development studio (it makes card games like Eternal). With its two-lane combat, two-faction deck building, and solo Arena mode, Legends has a chance to appeal to players who may want more depth than what Hearthstone and other games like Shadowverse offer.

Elder Scrolls: Legends runs on Unity, which Hearthstone also uses. It’s in a beta-testing state in Canada now for iPad, and it will release for Mac, iPhone, and Android phones and tablets at a later date.

Bethesda’s card game also stands out with its modes, which offer more variety than Hearthstone:

You can also upgrade cards, and you can play ongoing status effects that you can use to buff your cards as well. And Bethesda also runs special events that roll in special effects and stats and other fun mechanics.

Bethesda first announced Elder Scrolls: Legends at the 2015 Electronic Entertainment Expo. It hit open beta last year, and though others see if as a bit of a Hearthstone clone, I think it’s far different than Blizzard’s hit card game.

Thought I’m sure Bethesda would be quite pleased if Elder Scrolls Legends does even half the business that Hearthstone did last year — $394.6 million in revenue, according to market researcher SuperData.