A research study shows that people who play Pokémon Go are twice as likely to reach the 10,000-steps-per-day recommendation for physical exercise.

Playing the popular smartphone game from Niantic Labs may increase people’s daily steps, especially among young adults with low physical activity levels or those who are overweight or obese, according to research presented at the American Heart Association’s Epidemiology and Prevention / Lifestyle and Cardiometabolic Health 2017 Scientific Sessions.

In the location-based augmented reality game, players move around a physical location capturing animated creatures on smartphones and other mobile devices. Pokémon Go has generated more than $1 billion in revenue since it was released in July 2016. In January, Niantic said that players had walked more than 8.7 billion kilometers playing game (I’ve walked over 100 kilometers).

But few studies have examined whether playing the game can increase an individual’s level of physical activity.

“We wanted to determine if Pokémon Go can provide an enjoyable way to engage people in regular physical activity,” said Hanzhang Xu, a graduate student at Duke University School of Nursing in Durham, North Carolina, in a statement. “Our findings suggest that active-play games, such as Pokémon Go, may encourage people who live sedentary lifestyles, who otherwise may not participate in traditional forms of exercise, to increase their physical activity.”

The researchers recruited 167 iPhone users who had played Pokémon Go in July 2016 and asked them to provide screenshots of their daily steps reported by the iPhone Health app between June 15 and July 31, 2016. Before playing Pokémon Go, participants walked an average of 5,678 steps. This number increased to 7,654 after playing the game, an average increase of 1,976 steps each day.

They also found participants were twice as likely to reach 10,000 daily steps after playing Pokémon Go than they were before playing the game.

The study showed that the percentage of days in which the 10,000-daily step goal was reached increased from 15.3 percent before playing Pokémon Go to 27.5 percent after playing the game.

And participants who had low activity levels before playing Pokémon Go or who were overweight or obese appear to benefit most from the game.

Although the researchers found a significant increase in physical activity after playing Pokémon Go, Xu said the initial interest may decline over time. 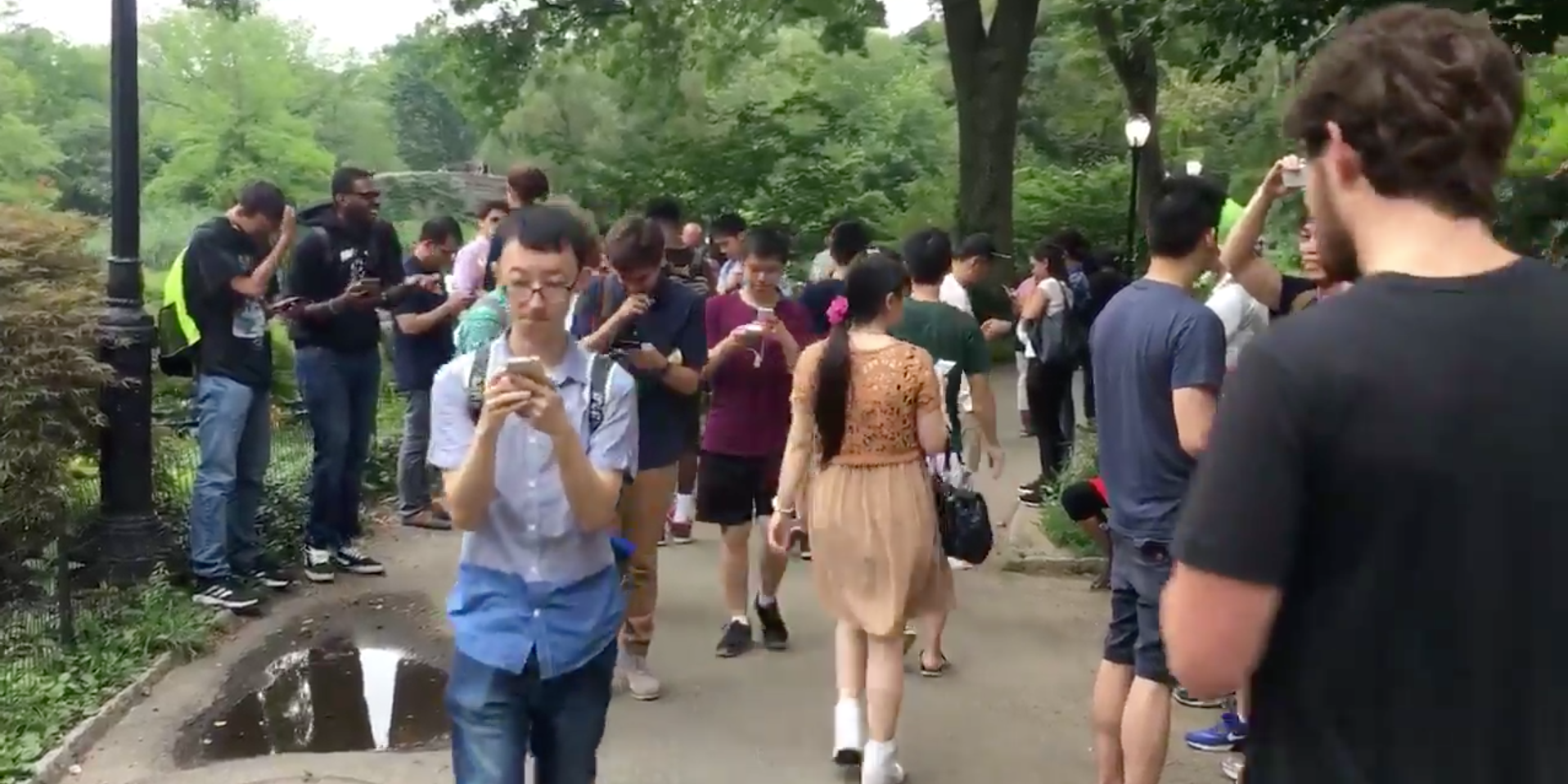 Above: A massive crowd gathers in New York City’s Central Park to catch ’em all.

Ms. Xu said that while the average increase of nearly 2,000 additional steps per day may seem small, previous studies show this increase lowers the risk of having a heart attack or stroke by 8 percent in high-risk individuals. Mobile games incorporating physical activity into the gameplay may provide an alternative way to promote physical activity in people who are attracted to the game.