One does not simply make a single game about Mordor.

Warner Bros. announced Middle-earth: Shadow of War last week, but now we have a better idea what it’s about. Shadow of War comes out on August 22 for PlayStation 4, Xbox One, and PC. It’s a sequel to Shadow of Mordor, an open-world game set in the J.R.R. Tolkien’s iconic Middle-earth. It follows the events of Shadow of Mordor, which told the story of the ranger Talion teaming with the spirit of an elf named Celebrimbor in a quest for revenge in Middle-earth’s most evil locale, Mordor. The events Take place before The Lord of the Rings.

Shadow of Mordor released in 2014, and it received praise for its Nemesis system. This turned every enemy in into a unique personality that could develop a relationship with a player. You could die to an orc that would then gets a promotion. That orc would even recognize you the next time you fight him. Shadow of Mordor also had you recruiting your own orc army. As we can see in a 16-minute long gameplay video (which you can watch above), the Nemesis system is getting more complex in the sequel. 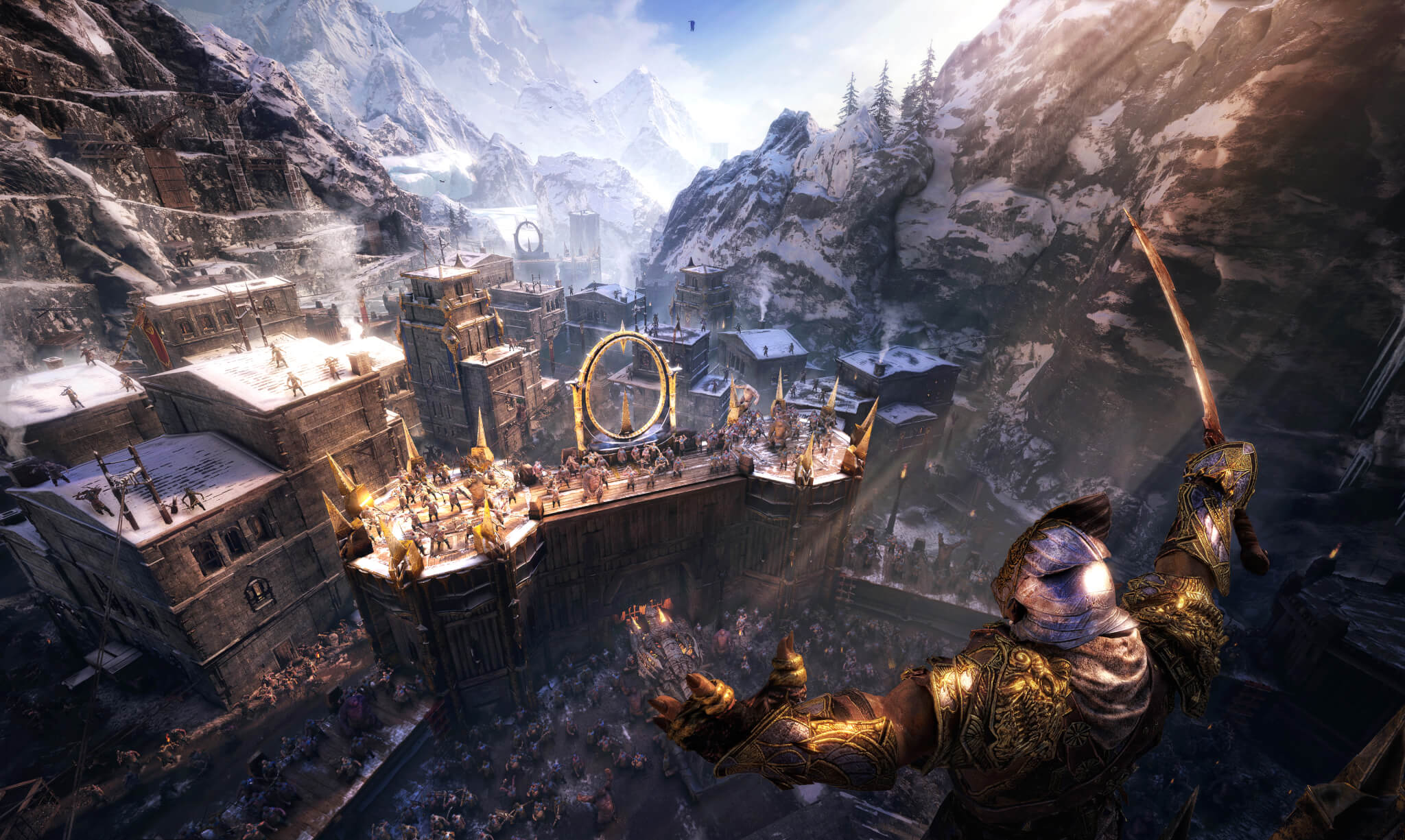 Shadow of War has similar systems, but how these work provide for deeper results. You could recruit an orc to your army (let’s call this orc Bob). Bob could then fall in battle while he’s off on a mission for you. Maybe you had a chance to save him, but you couldn’t. Well, now Sauron (you know, that evil dark lord guy that Frodo and friends spent three books/movies trying to defeat in The Lord of the Rings) comes along and brings Bob back from the dead and makes him a captain in his army. Then you see Bob, and he’s not happy with you for the whole “abandoning him to die” thing.

Shadow of War is a much bigger game, featuring numerous zones for players to explore and conquer (Shadow of Mordor just had two). This includes familiar locations for fans of Middle-earth, including the fallen Gondor city of Minas Morgul (formerly Minal Ithil before it turns all evil) and the tower or Cirith Ungol (the place Sam rescued Frodo from in The Return of the King after their encounter with the giant spider Shelob).

Fortresses like these also serve an important function. In order to take over an area, you need to raise an army and march on these locations. Attacking a fortress is a multistage event: You fight with your troops as you take out commanders, smash walls, and make your way to the overlord. Killing it gives you control of the fortress. 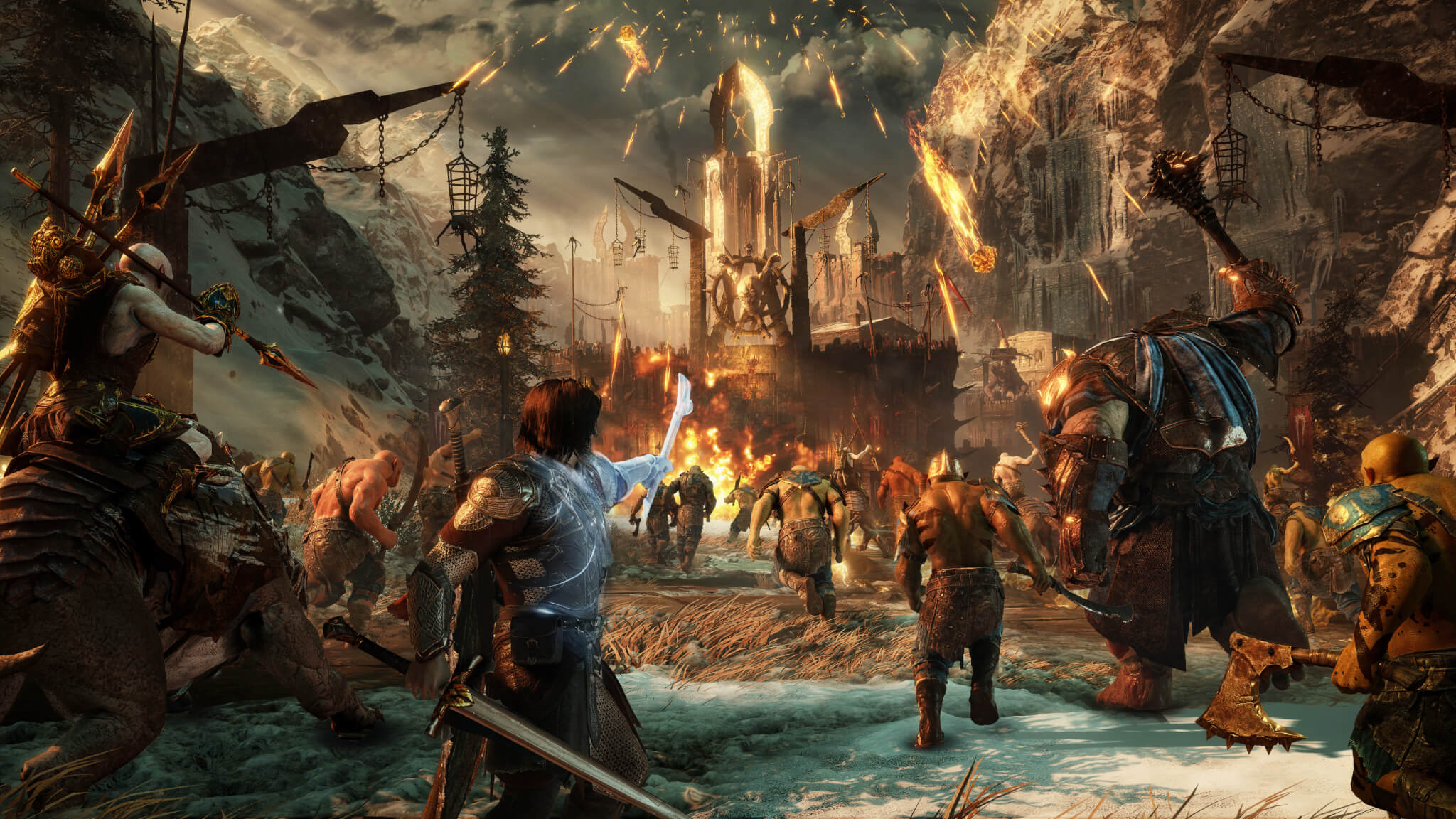 Above: That’s quite an army.

This is where having allies helps. Your enlisted orcs and other enemies will show up and aid you during the siege. You could have a sharpshooter infiltrate the enemy’s ranks, giving you a sniper that’s already positioned inside the fortress to watch your back as you make your way to the overlord.

The game has some other additions, like drakes (a kind of small dragon, complete with fire-breathing, that you can also turn to your side and ride) and an expanded gear system, which offers gear like Rohirrim Armor. Shadow of War also introduces a new enemy race, the Olog-hai, a violent breed of trolls with higher intelligence than their cave-dwelling cousins. They also don’t turn into stone when standing in the sun, so they can fight during the day.

The scale of the battle is impressive, but the character interactions stand out. And the cool thing is that they’re unique depending on the enemies you encounter and the friends you make before the siege. When you attack this fortress, you’ll have a different experience than the one in the video.