Christophe Balestra, the co-president of Naughty Dog, announced today he will retire from the developer of games like The Last of Us and Uncharted after 15 years at the company.

Balestra said in a blog post that he was retiring on April 3 from the Los Angeles game studio, which is owned by Sony.

“I never thought I would be saying something this difficult so soon — after 15 years here, I am announcing my departure from Naughty Dog,” Balestra wrote. 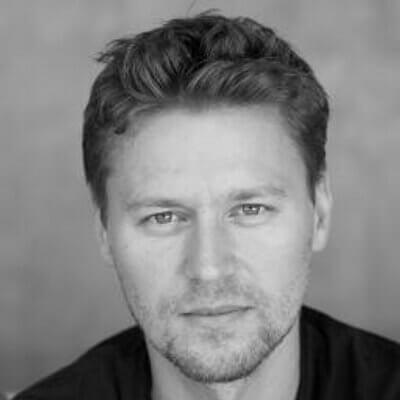 Above: Christophe Balestra of Naughty Dog.

“It’s very challenging to come to the realization that it’s time to step away from a career to pursue fulfilling personal ambitions and projects,” he added. “I am doing it now out of utmost respect for the team and their unwavering dedication to Naughty Dog and our projects. The time has come for me to now spend more time with my family and create a void to see what I can fill it with (which will obviously involve programming).”

Balestra joined Naughty Dog, which was founded by Andy Gavin and Jason Rubin in 1984, as a programmer in 2002. Over time, Naughty Dog became known for its perfectionist approach to making games, shipping them only after years of painstaking development. It is now working on The Last of Us Part II.

“I always smile when we’re asked what our secret is. We don’t have any — we dedicate ourselves to assembling the best and most determined group of programmers, designers, and artists we can find,” Balestra wrote. “Our ‘secret’ is and, always will be, the talent and drive of the whole team at Naughty Dog. That’s why I can step away feeling confident about the future of Naughty Dog — because the team is only losing only one of its many members.”

Evan Wells, who became co-president alongside Balestra 12 years ago, will become the sole president at Naughty Dog.

“Evan has been the perfect partner, and I couldn’t imagine achieving the success we’ve had without him. It’s been a privilege to work with you, my friend,” Balestra wrote. “Thanks from the bottom of my heart to everyone I worked with during the last 15 years, it’s just been incredible. And to all the fans … I know what’s in store and, with Evan leading the best team on the planet as president, I know that Naughty Dog will continue to blow you away.”

Balestra is the second high-ranking Naughty Dog veteran to leave. Bruce Straley, the co-head of the Uncharted and The Last of Us games, is on a year-long sabbatical.