Vimeo has joined the ranks of YouTube, Twitter, and Facebook in adding support for 360-degree videos. Filmmakers and creators can not only upload footage in this new media format, they’ll be able to leverage resources designed to educate them about best practices so they can produce high-quality content. The company has also expanded its marketplace to include 360 videos, allowing filmmakers to immediately monetize their work.

“Vimeo’s creator community is known for pioneering new video formats and pushing the boundaries of storytelling,” said Anjali Sud, the company’s senior vice president and general manager of its creator platform. “With this launch, we hope to usher in a new wave of immersive content that sets the standard for cinematic quality and powerful narratives in a 360 environment.”

Although many major social networks have already implemented 360 video support, Vimeo believes that it was best not to rush into things. The company shrugs off criticism that it’s late to the game: “It’s more important for us to do it right than be the first,” Sud told VentureBeat in an interview. “We have been working on 360 for some time. While some platforms have been experimenting on it publicly, we’ve been doing it privately.” She said that the advantage of using Vimeo is that the company will provide support across an end-to-end workflow, giving filmmakers access to the whole suite of services. 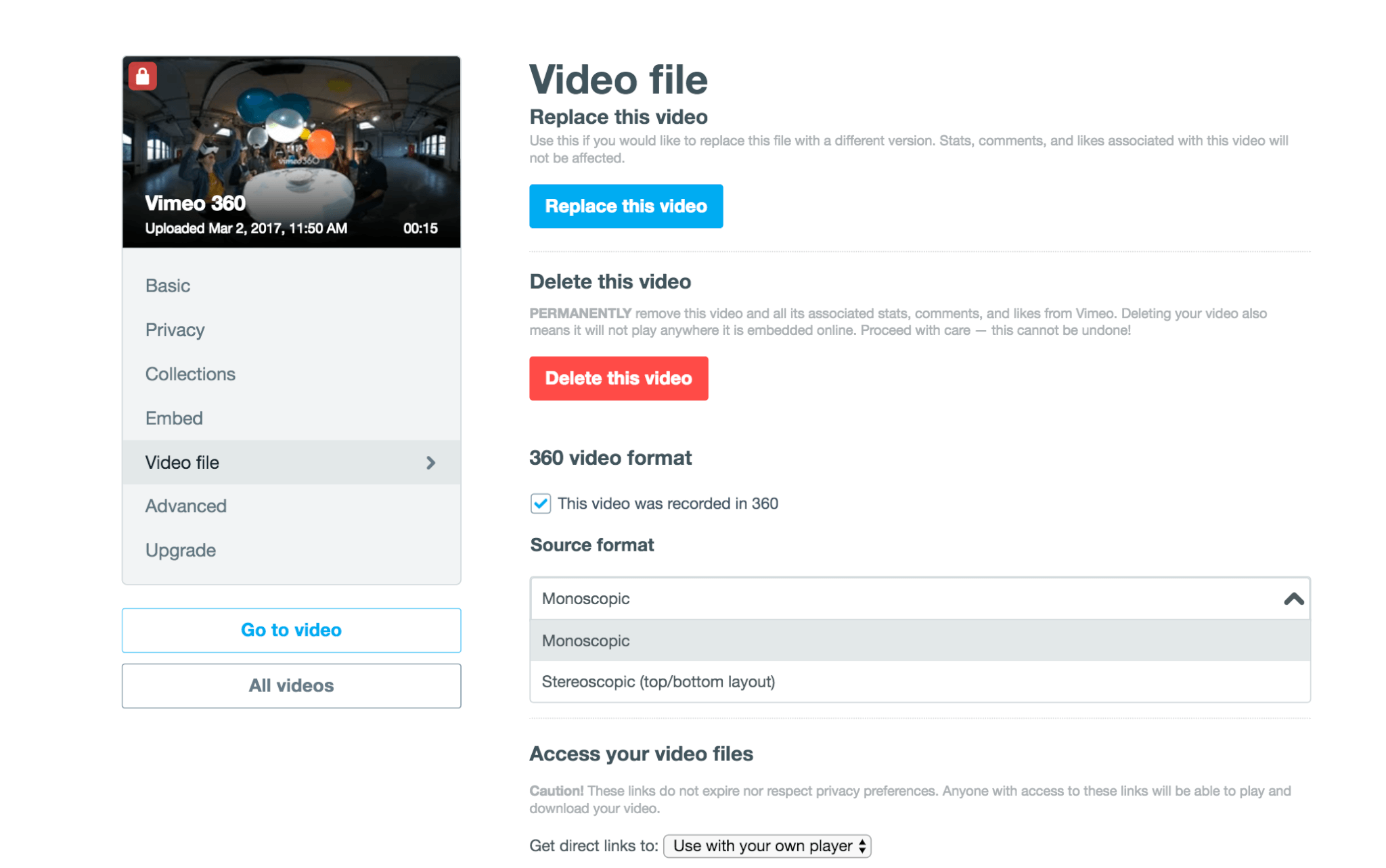 Because Vimeo is geared toward more professional content — it’s not for hobbyists or those who record day-to-day occurrences without worrying about quality — it wants to ensure that creators have the knowledge to produce exceptional and engaging videos. Through the 360 video school, Vimeo is providing educational lessons on the basics and offering in-depth tutorials around 360 cameras, pre-production, shooting, and editing. These lessons are free to anyone and build upon the company’s existing video school.

Educational content is gathered from various sources, including Vimeo’s community of filmmakers, some of whom have had access to 360 videos for the past couple of months, as well as editing and production studios and tips curated from Vimeo’s own team.

After creating content, the next thing is to help monetize it, which is where Vimeo’s On Demand service comes in. This service is growing to now include a channel dedicated to 360 videos. Filmmakers will be able to sell their work in way Sud claims iTunes, Amazon, and other stores don’t currently allow. “We want creators to not necessarily be reliant on clients with big brand budgets. We want [them] to be able to monetize passion projects and reach their own audience,” she said. This service is only available to Vimeo Pro and Business members, and creators keep 90 percent of the revenue after transaction costs. 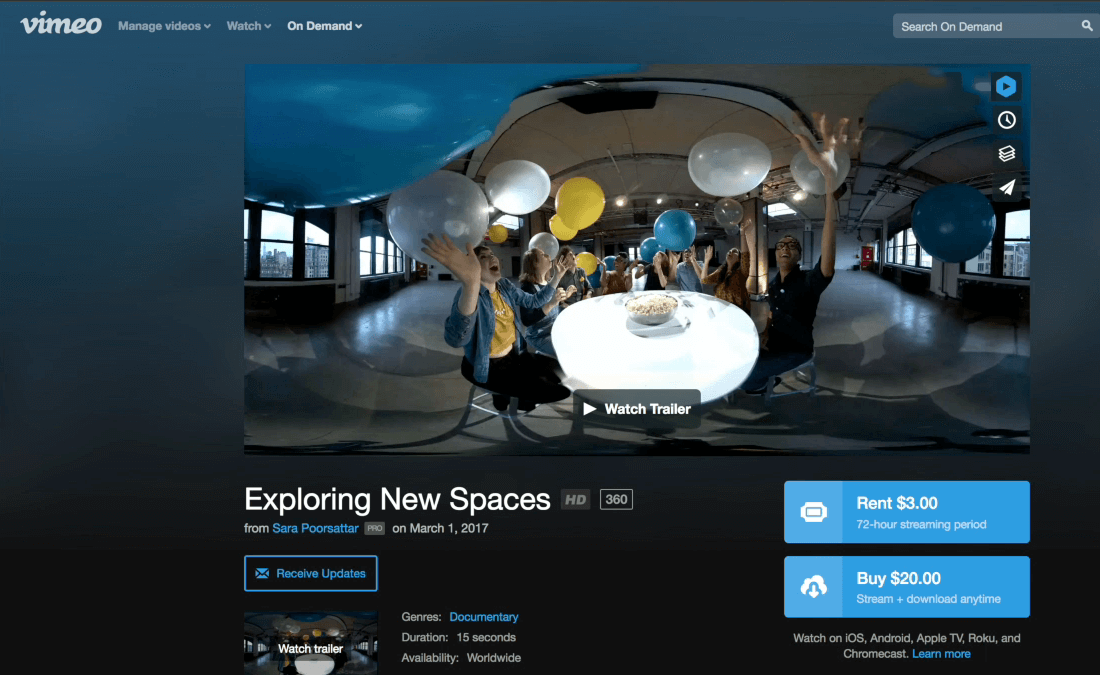 Above: 360 videos can now be sold on Vimeo’s on demand marketplace.

Vimeo is launching 360 video support with a few examples from brands, artists, and organizations. Its on-demand channel will be used to promote the “best in class” in hopes that it can inspire others.

Viewers can watch 360 videos through Vimeo’s mobile apps on devices compatible with Zeiss VR One, Samsung Gear VR, and Google Daydream. Support for Oculus Rift and HTC Vive will be added in the future. These videos can also be downloaded in high definition and watched online or offline.