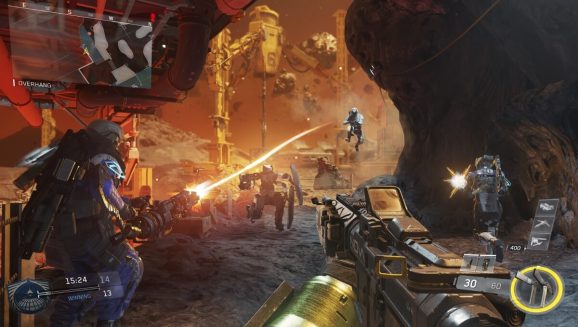 The gaming industry can be a grueling one, known for pushing employees with long hours. But one company has plenty of happy workers.

Fortune released its list of the 100 best places to work in America, and Activision Blizzard was the only game company to make the cut. The publisher moved up from No. 77 last year to the No. 66 spot. Fortune compiles the list based on feedback from over 232,000 employees at companies with more than 1,000 workers.

Not only is the Los Angeles-based Activision Blizzard the only game studio on the list, but it’s the only entertainment company in the top 100. This is also the third year in a row that the publisher made Fortune’s list.

“At Activision Blizzard, we hire the world’s best talent to build new worlds,” said Activision Blizzard chief executive officer Bobby Kotick in a press release sent to GamesBeat. “Our mission to inspire play, competition, and community connects hundreds of millions of people, and creating a great place to work is the key to serving them well.”

Activision Blizzard is behind some of the biggest titles in gaming, including the shooter franchise Call of Duty and the toys-to-life series Skylanders. It also owns Blizzard, the developer behind Overwatch, World of Warcraft, and Hearthstone. Last year, Activision Blizzard acquired Candy Crush developer King for $5.9 billion.

The company also bough Major League Gaming last year in a $46 million deal as part of a plan to build an esports network. Many of Activision Blizzard’s games — like Overwatch and Hearthstone — are hits in the competitive gaming scene. The esports market is expected to be worth $696 million in revenues in 2017, according to Newzoo.