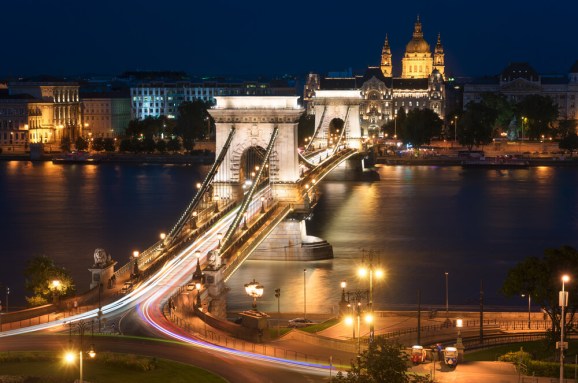 Google has unveiled a triumvirate of programs aimed at fostering talent in Europe.

The three new programs will focus on early-, growth-, and later-stage startups from across Central and Eastern Europe (CEE) and build on the internet giant’s efforts to woo fledgling startups and entrepreneurs around the world. All programs are cost- and equity-free for successful applicants.

Google first unveiled its Launchpad Accelerator for a handful of countries across Latin America and Asia back in 2015, and the company announced last week that it would also be opening up to some European countries, namely Poland, Hungary, and the Czech Republic. The six-month accelerator program is spearheaded by Google Developers and is aimed at established startups that already have some traction. It’s particularly focused on those who are now looking to ramp things up in search of “their next million users,” according to Marta Jóźwiak, head of communications for Google CEE.

Startups have until April 24 to apply and, if successful, will be ferried to a two-week bootcamp in San Francisco (all expenses paid, natch) to be mentored by engineers and managers from across Google. After this, they will each receive “$50,000 in equity-free support” for six months, though it doesn’t appear that this support comes in hard cash — it will be in the form of resources, including guidance and credits toward using Google products.

Of the two other programs now open for business, Launchpad Start is accepting applications through April 2 for early-stage startups interested in a week-long bootcamp at Campus Warsaw, Google’s CEE hub. As it has done in other markets, such as Seoul, Google is also offering a six-month Campus Residency program for growth-stage companies, with applications open from now through April 11.

“The goal of the Residency program is to identify top challenges that startups must overcome to grow exponentially,” said Jóźwiak. “The Campus Warsaw team will focus on helping selected startups significantly grow their revenue, number of customers, and international opportunities.”

Google has a number of reasons for launching startup programs through which it invests its own resources without garnering any direct equity. First, there is a genuine desire to inspire the next generation of developers and entrepreneurs — which could benefit Google (among other technology companies) in the long run as it looks for top talent.

“With more than one million highly skilled developers in the CEE region — including Poland, Ukraine, Czechia, and Slovakia, which together count more ICT graduates per year than the United States — we know the talent is here, and we want to support them in becoming successful entrepreneurs,” said Jóźwiak.

Additionally, Google may find that diamond in the rough, a company it could take under its wing at a future stage. And there are also other, less obvious, reasons for Google’s focus on European startups. In the process of working with hundreds of startups, Google is promoting its own services — startups will perhaps be offered perks such as subsidized access to Google Cloud. With so much competition from the likes of Microsoft and Amazon, anything that can get young startup founders on board at an early stage is good for business.

But perhaps more than all of the above, Google is facing increasing friction from Europe over its business practices, including complaints over how search results are displayed, accusations that it shows bias toward its own services, and antitrust objections to the way it operates Android.

By keeping ordinary people on the ground sweet, Google is working to ingratiate itself with the continent as a whole — including currying favor with the lawmakers of the land. That’s the intention, at least.