Blizzard Entertainment is one of the leading companies when it comes to bringing positive representation of different kinds of people into games, and a lot of the time that goes deeper than physical appearance. 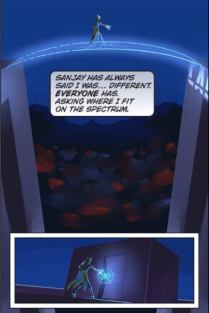 Overwatch game director Jeff Kaplan has confirmed to some fans that the Indian face-melting cyber-support character Symmetra is on the autism spectrum. In a response message to a letter from a fan named Samuel, Kaplan explained that she is one of the “most beloved” heroes internally at Blizzard, and that the company wanted her to prove the amazing things that people with autism spectrum disorder can accomplish. The publisher separately confirmed to GamesBeat that Kaplan did write the letter and that Symmetra is autistic.

In their correspondence, Samuel noted to Kaplan that Symmetra mentioned she fit somewhere on a spectrum in an Overwatch comic book. And Kaplan confirmed that was intentional.

“I’m glad you asked about Symmetra,” Kaplan wrote. “It was very astute of you to notice that she mentioned the spectrum in our comic. Symmetra is autistic. She is one of our most beloved heroes, and we think she does a great job of representing just how awesome someone with autism can be.”

Blizzard has made a visible and concerted effort to bring diversity into the cast of Overwatch. From the start, the shooter’s cast represented a variety of ages, genders, and ethnicities. But as we also learn more about the world and characters, we find that it’s even more diverse than we first realized. In December, a different comic book confirmed the cover-star Tracer as a gay woman.

Overwatch players are rabid about the characters, which is obvious from the art, cosplay, and fan fiction surrounding them. Now, with Symmetra, the game has an Indian woman with autism who is thriving, and it’s likely that fans will end up loving her even more because of it.

Jeff Kaplan confirms Symmetra is autistic and also one of the team's most beloved heroes pic.twitter.com/ocEzRZ8lIQ