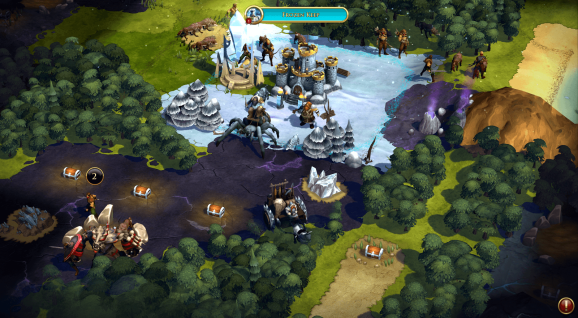 Sorcerer King: Rivals is adding a new campaign with its upcoming 2.1 update.

If you’re a fan of Cracked.com writer Chris Bucholz’s work on 2015’s Sorcerer King, you’re about to get a new campaign from him.

Stardock announced its 2.1 version update for Sorcerer King: Rivals today, and in addition to the standard bug squashing, quality-of-life improvements, and other tweaks that come with patches, the publisher will add a new story from Bucholz, who wrote the campaign that shipped with the turn-based strategy game expansion in 2016.

“For this update, we teamed up with writer Chris Bucholz over at Cracked.com again,” said lead designer Brad Wardell. “The quest dialogue is fantastic, players are really going to enjoy the humor.”

Sorcerer King and Rivals are known for mixing in tidbits of humor into the traditional strategy game. Some of the laughs come from encounters with plain folks in a tavern, and others stem from meeting ornery monsters guarding treasures in caves.

According to a release from Stardock, the new campaign begins an inn. You receive letter with an artifact, the Crux of Az-Adoras, and it has tremendous power — it can seal off a realm from the god-like Sorcerer King. You set out to solve the mystery of where it came from — and who sent it. As you explore, you can use it to open up sealed off parts of the world — as long as you give the Sorcerer King his due.

“In your quest to repair the Crux, you’ll meet Kkatrith, a Keeper of the Flame who has been exiled from her people, probably because they’re a bunch of hot-heads,” Bucholz said. “The new Rivals Campaign tells an upbeat story of madness and despair with a fun cast of new characters and new locations. It is everything you have ever wanted in your life, assuming you have pretty limited goals.”

Sorcerer King: Rivals is several games Stardock is supporting these days. It’s preparing the Crusade expansion for Galactic Civilizations III along with ongoing support of Ashes of the Singularity and Offworld Trading Company, which are games from its development studios.