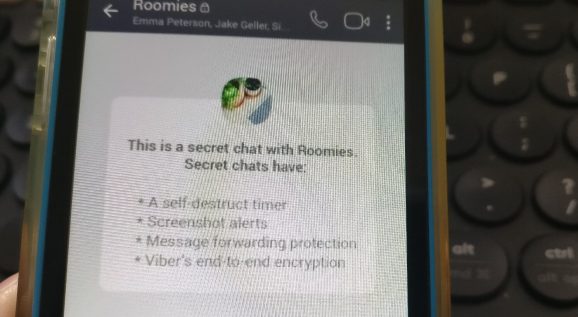 Chat app giant Viber is gearing up to introduce a new secret chats feature across its messaging platform later this week.

The move represents an extension to Viber’s recently launched secret messages, a feature that allows users to set time limits for how long a video or photo is visible within a conversation — yes, Snapchat’s bread and butter.

With secret chats, however, Viber is taking things a step further by enabling entire conversations to self-destruct at the pre-set time interval, be it a one-to-one or a group chat. This complements the hidden chat feature that Viber launched last year, which let users “hide” their conversations behind a PIN. Now you have the option to either retain chats while PIN-protected or have them vanish altogether.

Above: Viber in private

The new secret chats, which are landing on both iOS and Android in the coming days, also pack another couple of useful features. For one, friends aren’t able to forward messages. Perhaps more importantly here, though, Viber is also allowing users to block screenshotting — however, given inherent limitations with the iOS platform, this will only be available on Android. Those on iOS will still be able to receive alerts whenever a friend does decide to grab a screenshot, though.

Founded in 2010, Viber is one of a number of players permeating the mobile messaging space, including Facebook Messenger, WhatsApp, and Telegram, and it has grown to more than 800 million users globally. The company was acquired by Japanese tech titan Rakuten in 2014 for $900 million.

Today’s news comes at a time when Viber is ramping up its commercial operations too. The company has just launched an in-app shopping feature with brands like Macy’s and Rakuten.com, letting users search for and share goods without leaving the Viber app.