The team at Hello Games built their dream game, and now they want to help struggling creators who are trying to do the same thing.

The indie studio behind the sci-fi game No Man’s Sky recently created Hello Labs, a new division of the company that provides funding to developers working on procedurally generated games. In short, procedural generation is a technique that randomizes particular elements of a game in the hopes of making it feel fresh and unique. For No Man’s Sky, that kind of technology made it possible for a small team to build a universe with 18 quintillion planets that players can explore.

“I know that procedural generation will be a small part of games in the future. Loads of the talks at GDC — whether it’s [Horizon: Zero Dawn] or [Ghost Recon: Wildlands] — that are talking about procedural generation components in their games are super cool,” Murray said at one point. “For us, it is a big part of our future. And making really unique, weird, engine decisions and allowing that to dictate a cascade of problems. … And we want to continue going forward making new, impactful technology.”

Toward the end of his speech, Murray summed up what he learned from working at big studios (Criterion and Electronic Arts) and at his own company. While making triple-A games was one of the most difficult things he’d ever done in his life, founding Hello Games had “the additional bonus of running out of money.”

“And I know what it’s like on top of that with No Man’s Sky: to do something new and weird and experimental [while] also running out of money and trying to finish something you care about creatively,” said Murray. 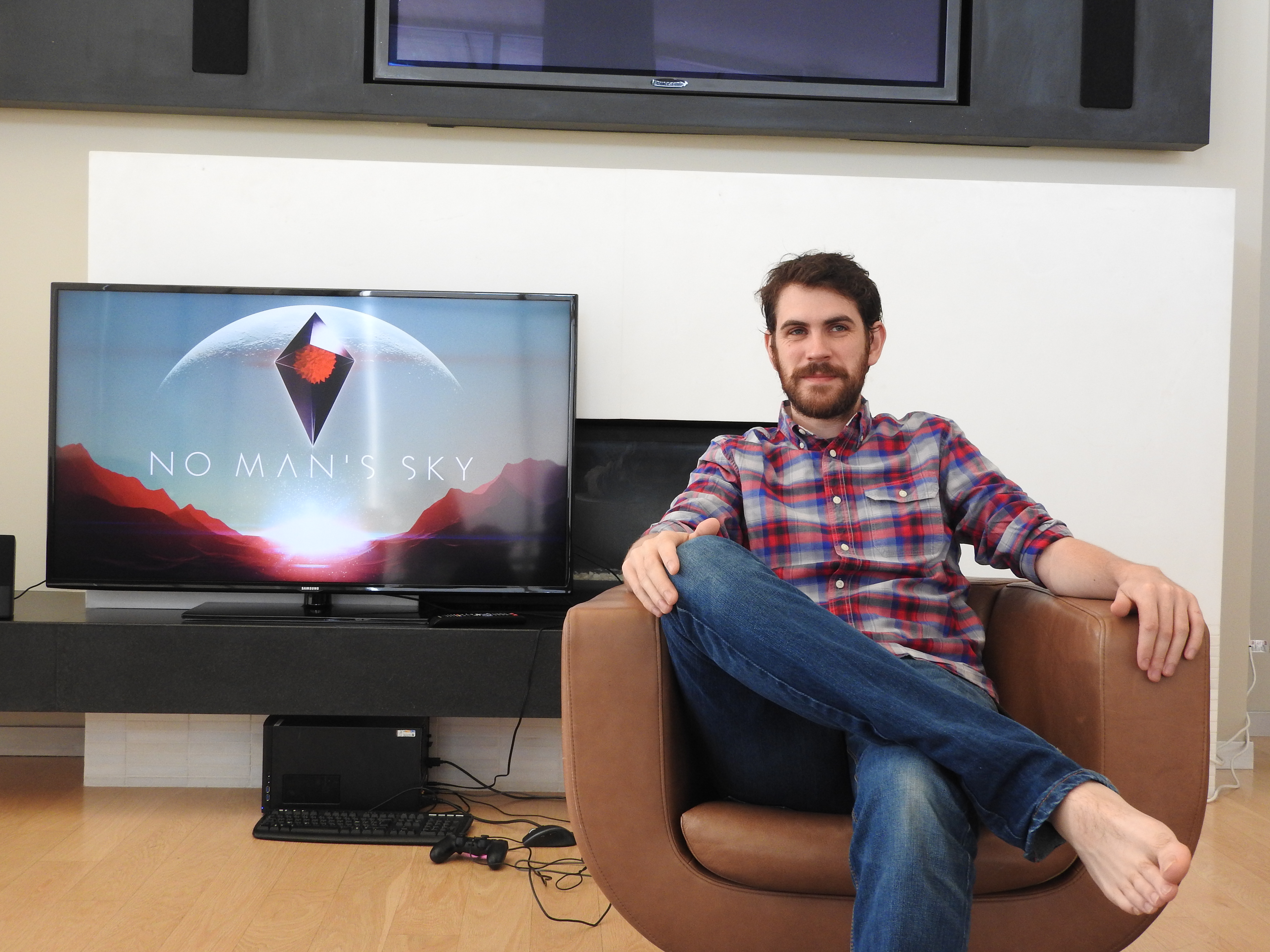 After encouraging developers in the audience to apply for jobs at Hello Games, he extended a helping hand to those who’d rather strike out on their own.

“But let’s say you’re interested in working on that kind of [game], but you also want to start up and do your own thing, then we’re gonna try and help with that as well,” said Murray. “We’re starting this thing. It’s super low-key at the moment — it’s Hello Labs. We’re gonna try to fund and support a couple of projects. There’s one already in development. And the focus is going to be on procedural generation, experimental games, games research, that kind of thing. More details will follow.”

“We would love to help people avoid some of the pain that we went through ourselves. That’s something I’m really passionate about,” he later added.

A few days before Murray’s presentation, No Man’s Sky won the Innovation Award at the Game Developers Choice Awards, most likely due to its impressive use of procedural generation. The Hello Games team initially wasn’t around to accept it because they were out eating dinner.

According to the official GDC Awards website, the Innovation trophy goes to “the single game that demonstrates true innovation, advances the state of the art, and pushes the boundaries of games as an expressive medium.”