It was a show of bullishness to rival last week’s run-up in Snap stock: The Bitcoin price suddenly jumped more than $100 on Friday morning, trading above $1300 per unit for the first time.

For a fleeting moment at about 8:27 a.m.—more than an hour before the U.S. stock market even opened—the price of Bitcoin spiked more than 10% from the day before. The blockchain-based virtual currency briefly touched a new record price of $1325, continuing its recent surge amid anticipated SEC approval of the first Bitcoin ETF. A week ago, Bitcoin even surpassed the price of gold.

But in a reminder of just how fickle the market for such newfangled assets can be, just after 4 p.m. Friday, the Bitcoin price took a U-turn and plummeted to lows not seen in months, dipping below $1000 to as low as $980, after Bitcoin investors received some bad news from the U.S. Securities and Exchange Commission. That’s a 35% swing in the Bitcoin price in the span of a day.

Bitcoin buyers were hoping that the so-called cryptocurrency, created through digital “mining,” would soon become available on the open stock market in the form of an exchange-traded fund (ETF). That way, mainstream investors could purchase Bitcoin as easily as they can now buy Snap stock following Snapchat’s IPO, theoretically pushing the Bitcoin price higher.

But the SEC made a decision Friday to prevent the proposed ETF, the Winklevoss Bitcoin Trust, from joining a stock exchange, citing “concerns about the potential for fraudulent or manipulative acts and practices” in Bitcoin trading. The sponsors of the ETF, the Winklevoss twins known for their controversial role in the founding of Facebook), had proposed that the Bitcoin-only fund would trade like a regular stock under the ticker symbol “COIN.”

Bitcoin investors are used to the whiplash-inducing swings in the price of the currency, which has suffered flash crashes and numerous price collapses amid thefts and cyberattacks that have plagued the industry, such as the fatal hack of the bitcoin exchange Mt. Gox in 2014. The Mt. Gox scandal put such a dent in the bitcoin price that it took three years to fully recover, finally returning to its old highs just a few weeks ago.

But that hasn’t stopped Bitcoin speculators. For a taste of the hype surrounding the SEC decision, which some didn’t expect until Monday, look no further than the following photo, which arrived in my inbox in an email this week from “cryptopromoter,” bearing the subject line, “Bitcoin ETF Decision March 13th. Buy Before Investors!” 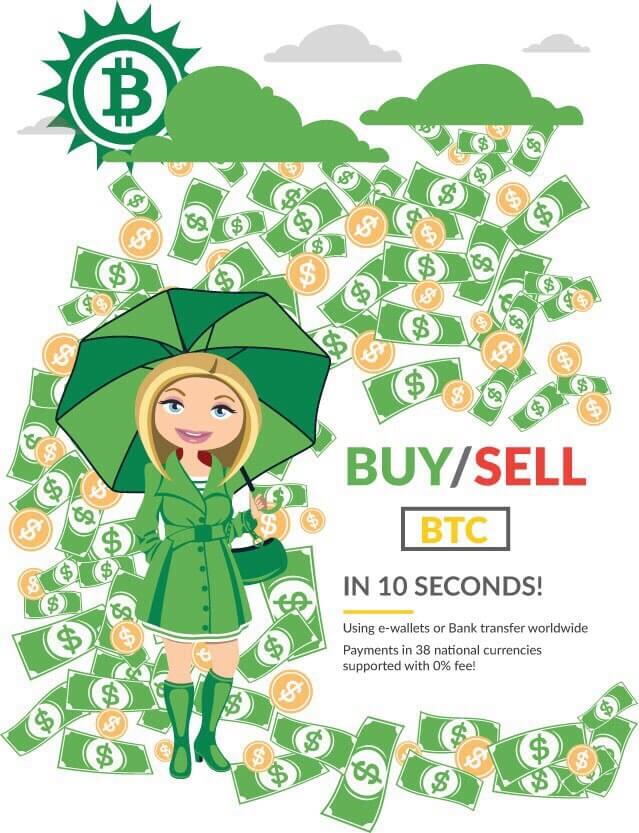 Above: An bitcoin promotional email sent to this Fortune writer.

Or consider the strategy of Sean Everett, an entrepreneur specializing in artificial intelligence who recently launched a very small hedge fund called the Base Code fund. Last week, Everett sold all of his stocks in the fund as well as in his personal accounts, including Apple, Nvidia and Amazon stock.

Instead, Everett says he will invest a third of his assets directly in Bitcoin, a third in Ethereum (another type of cryptocurrency that is cheaper than Bitcoin but has surged even more recently), and keep the rest in cash. ” Now that gold is the same price as bitcoin, we believe that an investor will have a choice between the two and might end up choosing things like crypto during the next market downturn,” Everett says.

Ironically, investors in the proposed Winklevoss Bitcoin ETF likely would not have captured any of Friday’s surge or swoon in the price of Bitcoin. That’s because the ETF was designed to calibrate the value of its Bitcoins just once per day, as determined at a 4 p.m. auction on the Winklevoss’ Gemini Exchange, Monday through Friday. Bitcoin, which is not bound by traditional market rules and can be traded 24/7 at any hour of the day, would have continued fluctuating after the Winklevoss ETF priced its holdings and went home for the weekend.

But investors in the Winklevoss Bitcoin ETF would not have gotten the same results as they would investing directly in Bitcoin anyway. The Winklevoss brothers have their own index to track the price of Bitcoin, which they call the WinkDex, averaging the price of Bitcoin across multiple exchanges. While the Bitcoin ETF did not plan to mirror it, the WinkDex provides an approximate idea of how the Winklevoss Bitcoin Trust would have performed.

Above: The price of bitcoin vs. the WinkDex vs. gold, at three-minute intervals.

The chart illustrates the lower volatility of the WinkDex index compared to Bitcoin itself. Lower volatility, also known as lower risk, can often work in investors’ favor, but also sometimes against it. So far this year, for example, the WinkDex is up about 23%, but raw Bitcoin has climbed more than 30%. (That performance still far outpaces the gains in U.S. stocks, with the S&P 500 up a relatively modest 6% in 2017.)

The Winklevoss aimed to “insulate” the ETF from “price swings and volatility,” according to its SEC filings. Over time, that should pay off, as it protects against big losses. So far, though, in the little over five years of the WinkDex’s existence, it lagged the performance of Bitcoin itself, though both of their returns are off the charts. And if they can stomach the volatility, investors in Bitcoin have done quite well, and a little a bit better than if they had invested in the WinkDex. Even after Friday’s drop, the price of Bitcoin has had a 190% annual compound return since the beginning of 2012.

Maybe adventurous Bitcoin investors are better off without the ETF anyway.