In March of last year, publisher Square Enix kicked off a six-episode season of content for the latest Hitman game. From the outside, it looked like an experiment in a new business model, but inside developer IO Interactive, it made complete sense.

Hitman was one of my favorite games last year, and IO recently launched the entire first season on disc for PlayStation 4 and Xbox One, and that provided me an excuse to talk to IO creative director Christian Elverdam about the sandbox assassination simulator. This also gave Elverdam the opportunity to correct the record on one thing: Hitman is not an episodic game. Instead, it is a “live” game or a game-as-a-service where the developer frequently adds content.

“There’s a bit of a distinction in that we have content every week for a year,” Elverdam explained to GamesBeat. “There’s something happening — whether in the form of challenge packs, contracts, elusive targets — all this stuff I see as things that fit into a live game. Whereas the episodes are just bigger content drops.”

You can see the difference by comparing Hitman to something like a Telltale game where that studio launches new story episodes once a month with nothing in between for games like Batman or Game of Thrones. Hitman, however, is more like a mobile game where players can expect new missions and remixed versions of the levels on a weekly cadence.

“If [Hitman] were a purely episodic game, it would just consist of those episodes,” said Elverdam. “But the point of the game was more this feeling of the living sandbox.”

As an example of how well this works, Elverdam pointed to the Elusive Targets, which were occasional missions that would pop up and ask players to take out an enemy in one go. You only have seven days to complete this objective, and failing an Elusive assassination just once would close it out for you. It seems like a harsh penalty, but it’s a way for players who are playing low-stakes objectives over and over in the core game to apply what they’ve learned in a high-stakes, high-pressure situation. 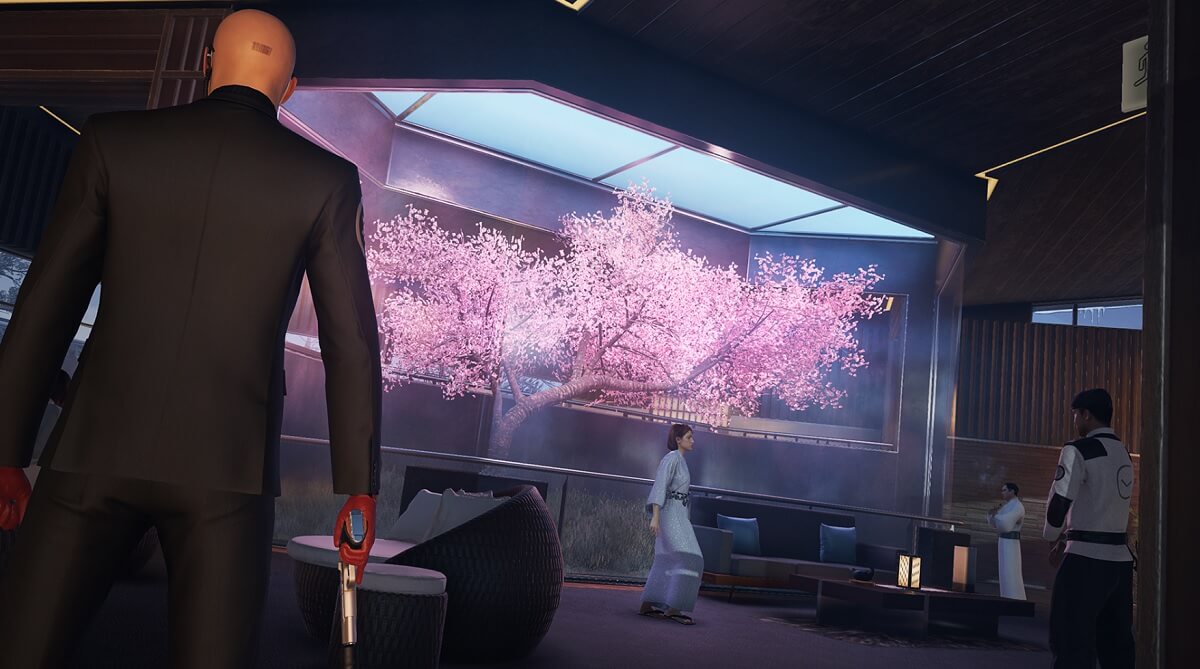 “We predicted that people were going to stick around in the levels for a longer time, simply because of the gap between episodes,” Elverdam explained. “At the same time, if we kept content coming to justify that [by] bringing more of the live experience to those levels, we bet that more people would reach that threshold where they would understand how to play in the Hitman sandbox. You don’t just go in and find one way to kill a single target. The purpose of the game is finding that mastery, learning where everyone and everything goes in the level. That’s what we wanted the players to reach. I think the episodic format allowed that to happen in a much more organic way. It felt like it reached a lot of people.”

Check out my entire interview with Elverdam below for more about Hitman’s first season and what the developer is thinking for season two.

GamesBeat: Where are you today? How do you feel about getting the disc out the door?

Christian Elverdam, Hitman creative director at IO Interactive: Getting the final episode out, and obviously the disc, felt like the completion of a very long journey. We’ve been shipping levels for almost a year now. When we said we wanted to do a live game, we had this feeling that we’d be stepping into a different universe with the community. There was some relief at IO that we made all of this happen, that all the levels got finished. You’ve probably also been following the very good reception we’ve been getting. It’s been very nice for the team to see that.

GamesBeat: It was one of my favorite games last year, and a lot of other people liked it a lot. Does that give you more confidence in the disc version?

Christian Elverdam: I think that’s safe to say. We felt that confidence already, especially by the time we started working on the later episodes, like Colorado and Hokkaido. By then we’d already gotten feedback from the early episodes. Sapienza especially got a lot of praise. But in general, people were starting to focus a lot on how this was not just a good Hitman game, but the episodic format was working. We didn’t find that we had a lot of feature problems.

One thing that could have been difficult is if the online system had been giving us problems, or other things. But in general it felt like the game was in a good state, which meant that we could experiment a little bit more around the time of Hokkaido. And then obviously when we did the disc, I think we felt confident that it would be a good thing. We were a little bit anxious still, because there might be some change in the perception of the game, now that it’s out on a disc and you can play all the levels at once.

GamesBeat: You mentioned a bit earlier that Hitman wasn’t exactly an episodic game, but more like a live game, a game as a service. Do you see a distinction there?

Christian Elverdam: There’s a bit of a distinction in the sense that we have content every week for a year. There’s something happening, whether in the form of challenge packs, contracts, elusive targets — all this stuff I see as things that fit into a live game. Whereas the episodes are just bigger new content drops. If it were a purely episodic game, it would just consist of those episodes. But the point of the game was more this feeling of the living sandbox. The elusive targets turned out to be one of the best examples of that.

GamesBeat: Do you think that the game worked this well because it had that living quality, that it wasn’t just episodic?

Christian Elverdam: I certainly think it helped with understanding why we were doing the game this way. At the heart of it, it’s actually a long journey. It started back at the time of [2006’s Hitman: Blood Money], when we did the big sandbox levels. We saw that for some people, when we reached critical mass, when we crossed beyond the barriers of a Blood Money level, they appreciated how much was in there. But if you don’t find that sort of sweet spot, you might be left wondering just what Hitman is about. In its own way, [2012’s Hitman: Absolution] tried to deal with that by making the levels more simple, if you will. A lot more people got into them, but that came at the cost of losing some of that DNA.

This time around, our goal was — we predicted that people were going to stick around in the levels for a longer time, simply because of the gap between episodes. At the same time, if we kept content coming to justify that [by] bringing more of the live experience to those levels, we bet that more people would reach that threshold where they would understand how to play in the Hitman sandbox. You don’t just go in and find one way to kill a single target. The purpose of the game is finding that mastery, learning where everyone and everything goes in the level. That’s what we wanted the players to reach. I think the episodic format allowed that to happen in a much more organic way. It felt like it reached a lot of people. 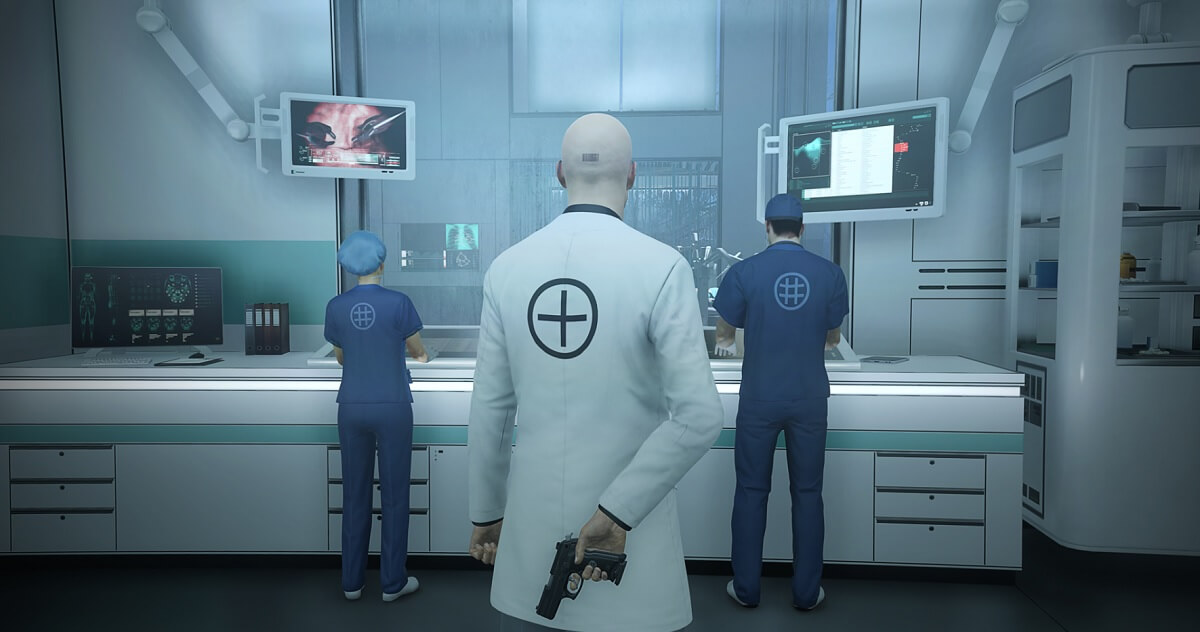 Above: Hitman is getting a major update.

GamesBeat: When you translate that to a disc, it seems like it might be a different audience than the people purchasing the game digitally. Do you think about the living aspect, the episodic aspect any differently when you bring it to the disc?

Christian Elverdam: Mainly, when the disc arrives we want to make sure we still have some live content coming. Elusive targets and escalation contracts will continue for a little while. I don’t think it changes how we see things too much. When we announced the game, we said that there would be a live period of the game, and then we’d wrap it up on a disc for people who prefer their content that way. Some people like to have it all at once and that’s perfectly fine. You can jump in and play the game with all of the adjustments we made throughout the year. It’s a super polished experience. You do obviously need to pace yourself and make sure you enjoy the levels enough, I would say, so you understand the depth that’s there.

GamesBeat: It’s interesting that the game works so well in this live version, as well as the everything-at-once version. When I was playing one episode at a time originally, it made sense. I play that one level over and over again, and then I get the elusive contracts that use everything I’ve learned. Then when I got the disc, it was interesting that it still works. Did you just luck into that structure that works both ways? Or was there some forethought in planning ahead for that?

Christian Elverdam: Some of it is just basic, classic game development. The levels are still paced in a way where they make sense if you get them all at once. It plays to our advantage that the difficulty level of challenging the game comes as much from the players as from the game itself. If we had taken a more traditional approach, beat one level and then play the next one, I think would be more problematic to try and have a game that worked both as a package and as a series of episodes. With a normal game, you’d start with an entry level, a tutorial level, and then you’d make the levels progressively harder, which takes away some of the fun of playing the first few levels many, many times. In that sense I think the game lends itself well to both play styles.

Also, the fact that it’s been out now for so long, it’s pretty clear to people that it’s not a small package. If we were launching the disc right off without any prior knowledge out there, people might wonder if we had enough locations and everything else. So it’s to our benefit that the game’s been out and people understand that there’s easily 100 hours you can spend there. But if you approached it as a straight, classic game, you might not actually find those 100 hours just looking at the surface. That might be a problem if we had only done this as a stand-alone product. But in combination with the live season, it turned out to work really nicely. A lot of players, because they know other people who’ve played it or they’ve read online about the game, they know it’s a substantial game.