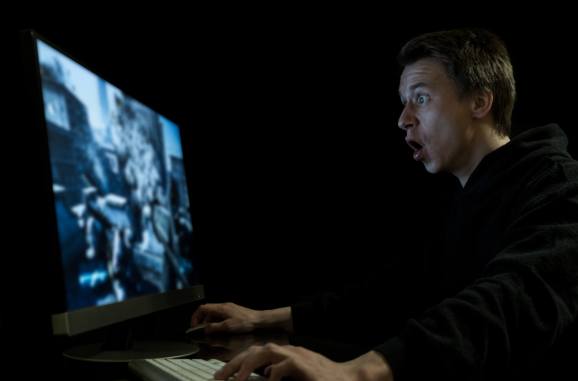 The transformation of gaming from a buy-off-the-shelf pastime to a multibillion dollar online industry where some players spend as much money in-game as outside of games is creating challenges for both developers and gamers.

With the rise of in-game assets as a source of value, gamers are faced with problems maintaining ownership of their virtual goods and trading them in a secure and reliable way, giving way to cyberattacks, theft, and fraud.

In the meantime, game developers, especially indies and small studios, are having a hard time achieving success and competing on platforms where central authorities control everything, including the sharing and handing out of game revenues.

And the eSports industry, where gamers make a living playing games, is struggling with its own set of problems in transparently awarding players and winning teams.

As a strong foundation for trading and registering ownership of digital assets, blockchains, the distributed ledgers powering cryptocurrencies such as Bitcoin, can deal with many of the challenges that the industry currently faces and make online gaming more transparent and fair. Though big gaming companies have yet to make moves into the field, several startups are exploring ways to integrate this technology into gaming platforms.

Managing the ownership and authenticity of ephemeral virtual in-game assets has always been a challenge. Gaming companies hold in-game assets on their own centralized servers in order to prevent illegal duplication and cheating. But this presents obstacles for gamers who wish to buy, sell, or trade assets outside of games, a practice that has become common since the release of World of Warcraft.

Since gamers have no ownership of their virtual assets outside of the game, they’re forced to use unconventional markets and trade hubs, which have no safeguards or guarantees and are fraught with fraud and cybercrime.

FreeMyVunk, a decentralized trade platform based on blockchain, provides provably fair, transparent, and trustless exchange of all the assets that have value in game environments, protecting gamers from scams. The platform enables gamers to exchange in-game as well as cross-game assets. So for instance, if a gamer decides they no longer want to play World of Warcraft, they can trade their Thunderfury blade for some valuable item in another game.

Another company, strategy game maker Beyond the Void, is taking the idea further by porting the entire administration of its in-game asset economy onto the Ethereum blockchain.

“With smart contracts, you can use the blockchain to create and exchange unique digital assets,” Beyond the Void’s CEO Eric Burgel told me. “Trust is no longer an issue because the blockchain system is decentralized; digital goods aren’t stored on private servers but on the blockchain directly, for everyone to see. If you own a blockchain asset, nobody can take it away from you, and you have total control over it.”

By registering ownership of assets on the blockchain, BtV provides full access to virtual goods outside of the game and gives players the ability to securely trade or sell them.

“Whether we shut down your account or our servers, you still have all the digital goods you purchased,” Burgel said.

BtV released the beta version of its game on February 22, available to the participants of its Initial Coin Offering (ICO). At the same time, it made its blockchain asset shop available to all.

Burgel’s company is also working on a cross-game ecosystem where developers can release items that are portable to different games thanks to the game-independent nature of blockchain. BtV is testing the concept with two game assets to be developed for shared use in Spells of Genesis, and it plans to expand the feature to many more games.

Spells of Genesis, developed by the Swiss-based EverdreamSoft, is itself an interesting study. It is the first online game to truly incorporate the dynamics and culture of trading-card games, including collection, trade and exchange, thanks to blockchain. SoG issues cards on the blockchain in limited numbers, and users can buy or sell them in or out of the game with BitCrystals, a kind of token created with Counterparty, a platform based on the Bitcoin blockchain.

The model ensures rarity and authenticity while eliminating physical deterioration, which is a problem with physical cards.

Shaban Shaame, CEO and founder of EverdreamSoft, said, “People are willing to pay much more if they have true ownership of the assets.” According to the company’s figures, games with true ownership of assets monetize about seven times more than other games, and this will eventually create incentive for other trading card games to deploy on the platform, Shaame said. EverdreamSoft has already partnered with Force of Will, a well-known Japanese board-and-card game, to port the game’s concept onto a blockchain.

EverdreamSoft is currently beta testing SoG with 6,000 players, and in the past year, more than $250,000 worth of trading cards have been sold on its platform.

Online and mobile gaming platforms are dominated by giant centralized services such as Steam, Apple, and Google, which take a considerable percentage of revenues.

“If you are developer with a game on Google or Apple, you will pay up to 30 percent of your top line revenues to the platform, leaving you 70 percent of every dollar spent for — or in — your game,” according to Sergey Sholom, VP of business development at Los Angeles-based blockchain firm GameCredits. “And typical wait times to receive your 70 percent payout are up to 60 days.”

In comparison, blockchain can create an entire decentralized gaming economy that removes intermediaries and creates a direct connection between developers and gamers.

GameCredits is exploring this concept with its namesake platform based on the Ethereum blockchain. [Correction: GameCredits is not, in fact, built on Ethereum but on a proprietary blockchain.] Gamers acquire and use GAME tokens to conduct a wide range of activities, including purchasing games and in-game content.

The platform leverages the power of the blockchain to directly transfer all GAME tokens to developer accounts without any middleman controlling the process. Developers can leverage the platform to issue coupons and in-game rewards on the blockchain to incentivize gamers.

GameCredits is currently testing its platform with Datcroft Games. Datcroft has over 13 million registered users and has integrated GameCredits into two of its most popular games, Fragoria and Get The Gun. Once testing is complete, GameCredits plans to offer the solution to the entire web and PC gaming industry.

GameCredits also plans to integrate the technology into an upcoming mobile gaming platform that provides in-game trade, tournaments, and profile building. 150 developers and 300 games have already signed up with the service, which will be tied to an ICO for MobileGo tokens in Q2 2017.

eSports is another field where intermediaries are causing difficulties. FirstBlood, an eSports platform built on the Ethereum blockchain, decentralizes match setup and winnings distribution by taking away the task from centralized team administrations and handing it down to automated smart contracts. This is especially crucial as lack of honesty and transparency in settling disputes and awarding players has been problematic in the industry of late.

The FirstBlood platform uses game APIs to determine match results directly from in-game data and to automatically award winning teams and players with FirstBlood tokens on the blockchain. It also has a decentralized voting system to settle disputes, randomly selecting a number of witnesses and jurors to anonymously cast their votes on the blockchain and get token rewards.

Blockchain and the future of gaming

Most blockchain-based gaming efforts are still in their initial stages, and it’s too early to say whether blockchain will redefine gaming as we know it today. I reached out to several established gaming companies, but none of them indicated they had any plans to integrate blockchain into their gaming platforms yet.

If history is any indication, though, big players are sometimes slow to recognize and seize opportunities, and the blockchain startups might have the right idea that a decentralized approach can solve many of challenges the gaming industry faces.

It will be interesting to see if the concept gains enough traction among developers and gamers to become de facto for future games.