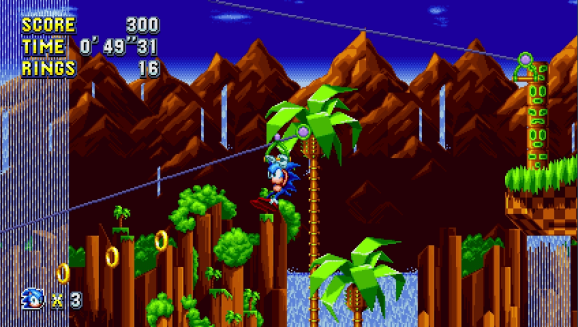 Sonic is racing back to greatness.

Sonic Mania is a 2D side-scroller coming out for PlayStation 4, Xbox One, Nintendo Switch, and PC this this spring. It’s a throwback to the blue hedgehog’s 16-bit days on the Sega Genesis, featuring pixelated graphics and familial levels. But Sonic Mania isn’t a remake or simple remaster. While its levels look familiar, they feature surprises. It also has plenty of new stages, so it’s not just a nostalgia tour.

For an old Sonic fan like me, this is a dream game. I had a chance to play Sonic Mania during the Game Developer’s conference in San Francisco earlier this month. It was familiar but full of twists. I first saw Green Hill Zone Act 1, which was the first level in the original Sonic. But it was full of changes, like new paths, hidden areas, and even a new boss.

I then got to play Studiopolis, an original level idea in Sonic Mania. This city stage is full with TVs and billboards, many of them referencing some of Sonic’s more obscure past (including a Sonic popcorn machine, or all things). It feels like a long-lost Sonic level from the Genesis days. The stage ended in another new boss fight, which you had to fight while running along with a murderous robot.

Sonic Mania plays like a classic Sonic game. But it doesn’t just look the part. Sega has added frames and animations to the characters, making them feel more alive and animated. Mixed with the colorful stages and backgrounds, Sonic Mania is one of the most striking retro-revival projects I’ve seen. Sega could have gone the Mega Man 9 route, simply replicating an old game’s visual style with no additional flairs, but I’m glad that it has found a way to make Sonic look fresh while retaining his classic look. 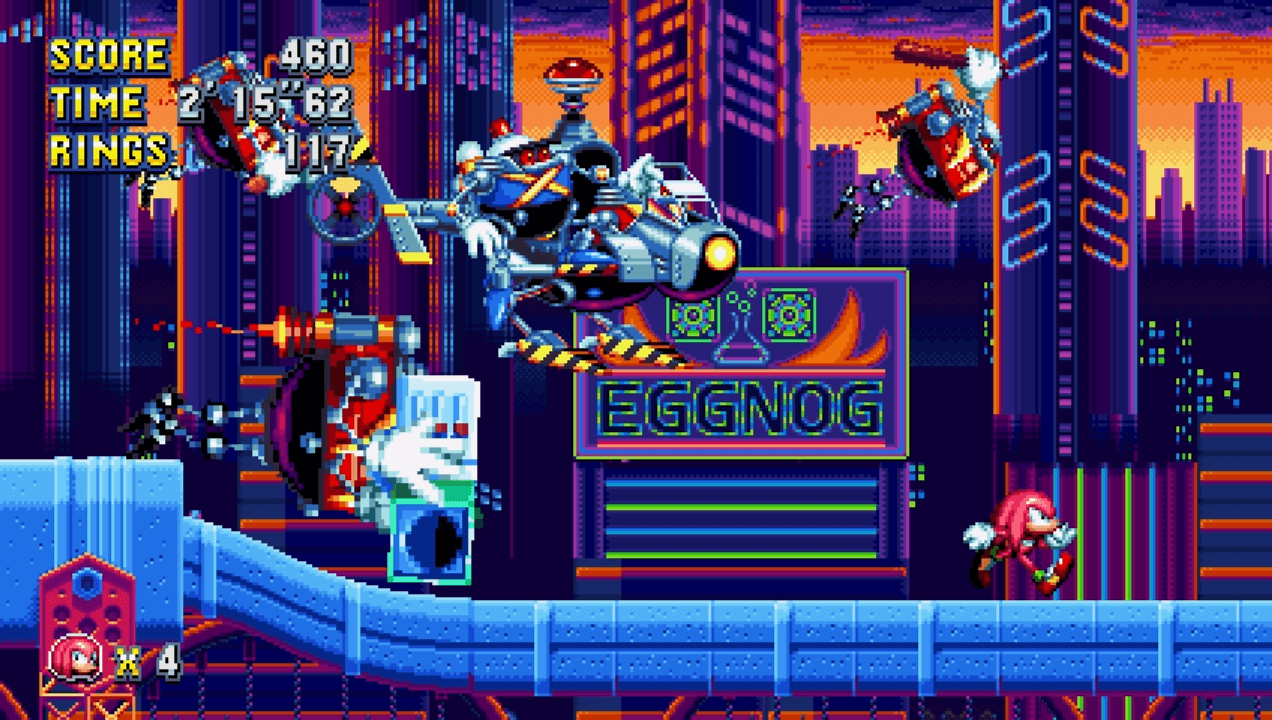 The Sonic series has had a strange history. Recent games have tried rebooting the character in every way imaginable, such as turning him into a werewolf or giving him unusually long limbs and an unnecessary scarf. It’s wonderful to see Sonic look the way he did when I first fell in love with the character in the early ’90s.

More important, Sonic Mania plays how one of these game should. It doesn’t push for speed at the expense of a good platforming experience. Other 2D Sonic games in recent years have you going so fast that you can’t react to anything that’s about to happen. Sure, Sonic Mania has some fast moments that send you through loops and corkscrews, but it’s much more about platforming — timing jumps, avoiding enemies, collecting rings, and searching for secret paths.

I haven’t been this excited for a Sonic Game since I was kid, and playing it has given me a confidence that Sonic Mania is going to be special.