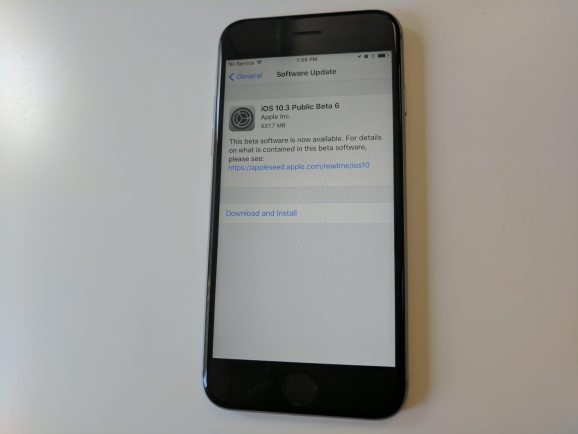 Apple today gave developers access to the sixth beta version of iOS 10.3, an update to iOS 10 that will be going out to everyone in the next few weeks. A few hours after dropping the developer release, Apple provided the beta to its public beta testers.

Whereas developers have to pay to be part of Apple’s developer program, it’s free for anyone to join the company’s Beta Software Program.

The sixth beta appears to provide faster overall performance; no big features have jumped out so far. It’s possible that Apple has included bug fixes in this beta.

The fifth beta, meanwhile, brought the switch from the longstanding HFS+ file system to the Apple File System (APFS), which has introduced storage and performance improvements, as Zollotech’s Aaron Zollo pointed out. Apple also smoothed out transitions into and out of apps, according to Brandon Butch.

If you don’t feel like waiting to get the latest changes to iOS 10.3 but you’re not a member of Apple’s Beta Software Program yet, you can sign up for it here.