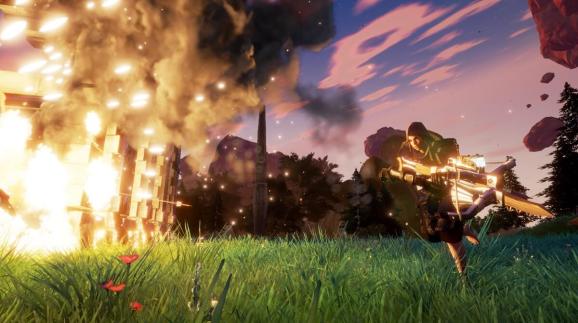 Your job in Rend is to defend your base and gather the resources to build it.

The team at Frostkeep Studios has been playing and making games like World of Warcraft for the past 15 years. And today, they’re coming out of stealth to reveal a new PC online game in the works, the hybrid fantasy survival game called Rend.

The Irvine, Calif.-based team has been working for 10 months on a title that they hope will capture many of the fun moments of fantasy games without making players go through the bad parts. Rend is a fantasy shooter game that is scheduled to launch on Steam Early Access in the spring of 2017.

In Rend, a team of around 20 players can build a base. Then, at a given moment, the shields protecting the base will go down and the base will be subject to attack. It might be attacked by a swarm of computer-based zombie-like opponents, or it might be attacked by a team of 20 human players from another faction. The defending team has to hold out. 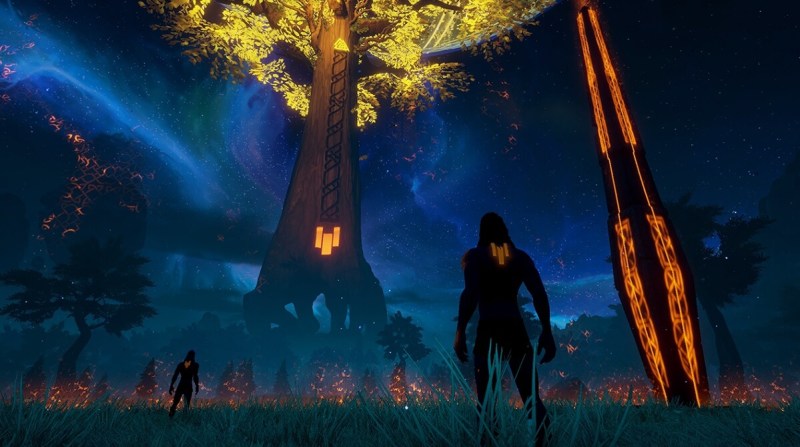 Above: You have to defend that tree at the center of your base in Rend.

“We have spent a lot of time what makes survival games work,” said Jeremy Wood, cofounder of Frostkeep, in an interview with GamesBeat. “They have high points, but they also come with pain points that stop players from seeing those high points. Our goal is to make a game that accentuates the high points and make sure all players get to experience them while smoothing out the pain points.”

Wood and the founding team — Solomon Lee, Matt Milizia, Jordan Leithart, and James Morford — started out playing titles like EverQuest. Wood, Milizia, and Lee worked on World of Warcraft, and they treasured the magical moments that were few and far between, said Leithart. The core team has five people, and various contractors have helped with the game at various points in its development. 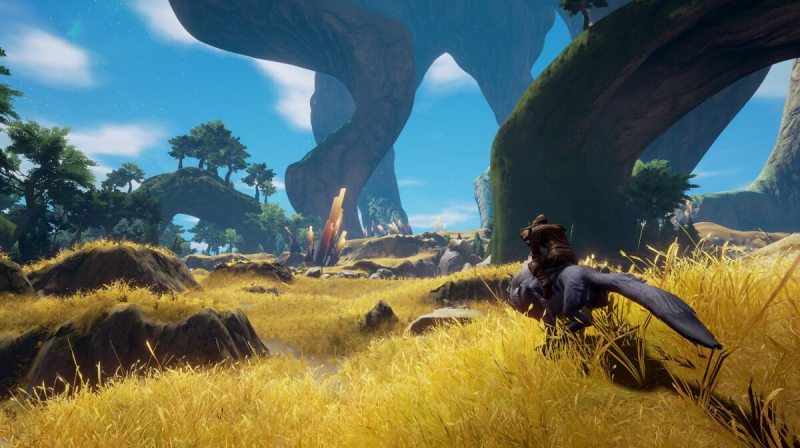 Above: The world of Rend, a fantasy survival online game.

Rend blends role-playing game elements and other mechanics with the survival genre, which includes other titles such as H1Z1 King of the Hill. You can farm and gather resources, but you can do so in a more interesting way, Wood said.

Every week, during a particular time, your base shields will drop and you have to defend the base for a couple of hours. When you are attacked by one of three factions, you have to survive against the world. Your base isn’t the safe spot as it usually is in many survival games. You might have to deal with attacks every Friday at 5 pm. That makes it more likely will be there to defend against the attack.

“You aren’t surprised when the shields come down,” Leithart said. 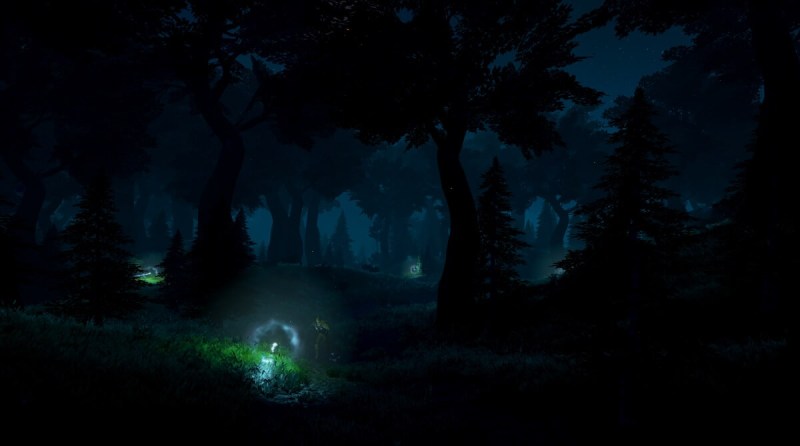 Above: The world of Rend at night.

In other games, you are often attacked by factions that have been training for a long time and are extremely powerful. You are also often attacked while you are sleeping or offline. By contrast, the gameplay will be more balanced in Rend, the developers say. Twenty players will take on 20 defenders.

“We give players much more of a fair fight,” said Wood. “Your shields drop and you will be there to defend against the attack, and that’s when you get some of those memorable moments.”

During the rest of the time, you can gather resources and build up the base. You can go out and hunt wild beasts or forage. The world will have areas that are ripe for exploration, as well as some places where players can fight to the death.

“You never know what you’re going to get when you play the game,” Wood said.

You can also research technology and used it to create a castle. Some players will develop skills such as mining rare resources in record time, compared to others who don’t have that skill. That player may not be a great warrior, but could still be critical to that team, Wood said.

“That’s what will build our community,” Leithart said.