Roblox said that it has raised a whopper of a round of $92 million in funding for its social platform for user-generated games.

The social game world now has more than 48 million monthly active players and 22 million online games. It also has more than 1.7 million creators of Lego-like games on its platform. Some of those creators are making as much as $50,000 a month, and that is making the company’s pitch — as the destination for aspiring game developers — seem a lot more attractive.

That also likely helped Roblox raise such a large round of money. Dave Baszucki, CEO of Roblox, said in an interview with GamesBeat that the company has a unique story and position as the established social platform for games.

“It’s an opportunity for us to push harder on high-quality hiring, product development, strengthening the balance sheet, and bringing in a couple of great partners,” Baszucki said. “We are growing at over three times a year, and we are bullish on creating a social platform for play that powers the imagination of kids around the world.” 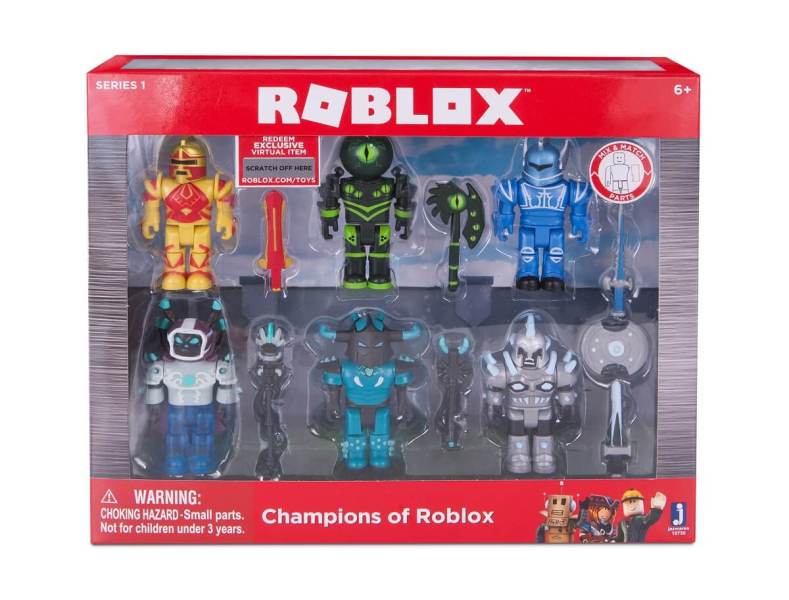 Above: Roblox toys are based on user-generated games.

The investors include Index Ventures and Meritech Capital Partners. Meritech’s managing director Craig Sherman and Index’s cofounder and partner Neil Rimer are taking observer seats on the Roblox board.

Roblox has paid some creators $50,000 a month for games that are getting hundreds of millions of plays. They come to the platform to explore their creativity through Roblox Studio, a free all-in-one development engine, that allows them to intuitively build immersive 3D multiplayer games and experiences.

Working independently or as a team, developers can easily publish their creations with a single click via the Roblox cloud, allowing them to instantly engage with an international audience.

Focused solely on user-generated content, Roblox supports social play and creativity that has led to the rapid growth of both players and creators on the platform. The company is now aggressively hiring to continue to scale its capabilities of building the most robust imagination platform.

Since its debut in 2006, Roblox has seen a 330 percent year-over-year growth that has established it as the premier platform for user-generated content. Currently, more than 1.6 billion independently developed Roblox games are played each month. Earlier this year, Roblox made a move offline for the first time with the debut of a toy line from Jazwares that features action figures stemming from user-generated content.

In a statement, Sherman said, “Roblox’s growth over the past two years has been one of the best-kept secrets in the industry. They’re experiencing engagement and audience numbers that rival some of the world’s biggest gaming and entertainment companies and we see the trajectory continuing to accelerate. This is an exciting time to come on board.”

At peak hours, Roblox registers one million concurrent players and has seen more than 300 million hours in user engagement and play per month — ranking it third overall for children ages six to 12 years old, according to market analyst comScore.

Rimer said in a statement, “What we found most compelling about Roblox, aside from its impressive engagement metrics, was the company’s unique position not only as an entertainment company, but as a technology platform that enables millions to imagine and create. Roblox’s vision to continue to extend the capabilities of its platform will drive ever greater engagement by players and creators to create new worlds and experiences.”

Prior funding was led by Altos Ventures and First Round Capital with a total investment of $10.5 million.

Roblox is often compared to Minecraft, but Baszucki pointed out that everything in Roblox is running in the cloud and can run on all devices, including the PC, smartphones, and consoles.

“We have a virtual economy and ecosystem that is supporting the creating of developers,” Baszucki said.

The experience is also getting more and more immersive and realistic over time, he said.