Capcom announced The Disney Afternoon Collection today. It’s a bundle of six games from its back catalog from the Nintendo Entertainment System (the console that revived the home gaming business in the mid-1980s), all tied to beloved slate of cartoons that started their run with Ducktales in 1987. The package features high-definition 1080p support for these 8-bit classics and new modes, and it releases April 18 for PlayStation 4, Xbox One, and PCs for $20. 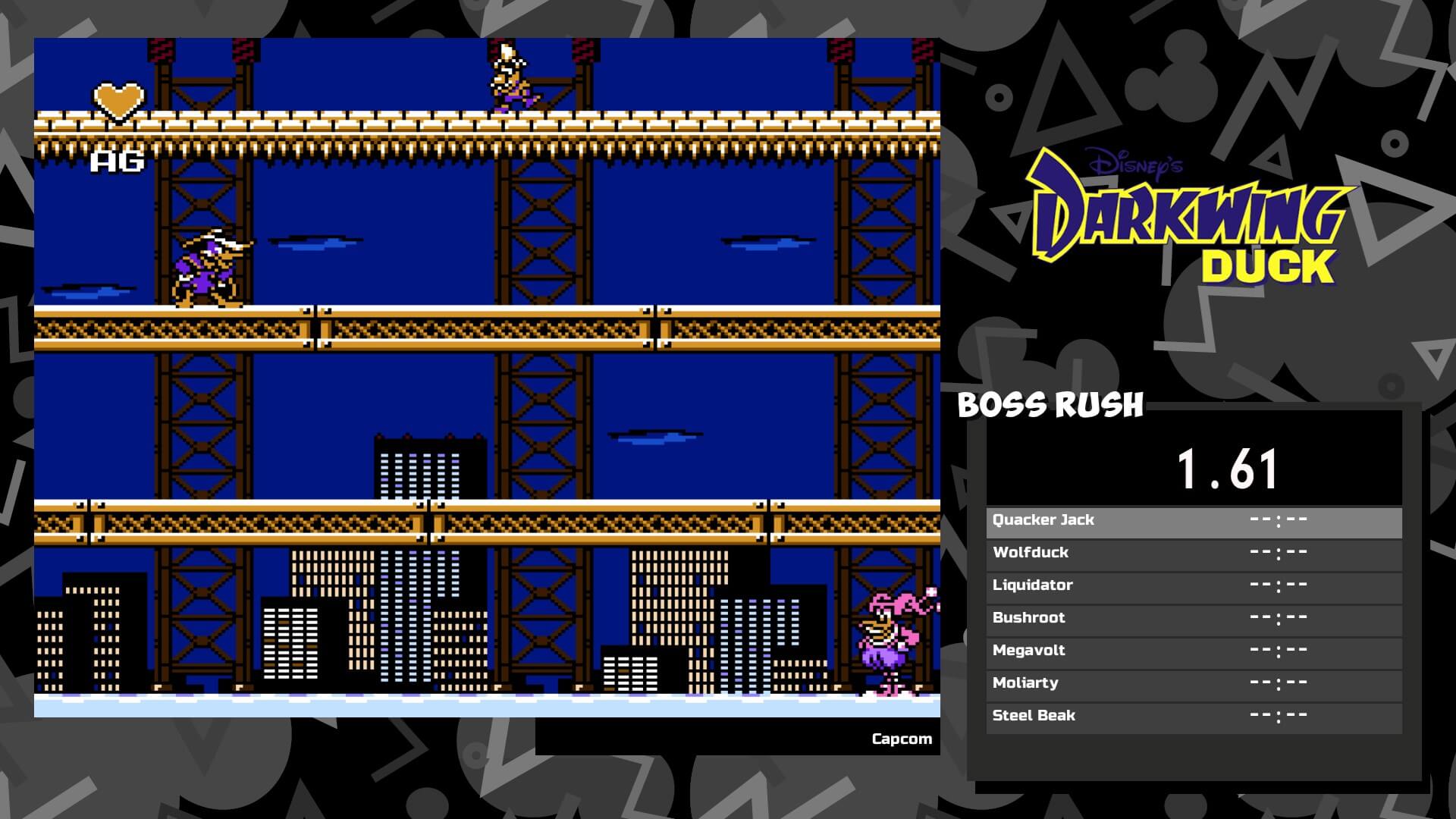 Above: Boss Attack puts you in a series of battles against foes like Quackerjack here from Darkwing Duck.

The collection includes Chip ‘n Dale Rescue Rangers and its sequel, Darkwing Duck, Talespin, and DuckTales and its sequel. Digital Eclipse is working on it. Each are HD versions of the original games, but they include filter options that make them feel like the old gems they are — something we’re seeing in more retro releases these days. It also includes new modes, such as Boss Rush (you fight a series of boss battles) and Time Attack (time-based challenges with leaderboards to see where you fit in with other players). The coolest addition may be Rewind, which enables players to rewind the game. Make a mistake? Just got back a few seconds beforehand. It’s a great way to learn how to play these challenging games.

Capcom has often released packages of its back catalog. But these days, it feels like the Japanese publisher — which has been in the gaming business since 1983 — has been doing this with a nod toward celebrating its games’ history. We saw this in the Mega Man Legacy Collection, which Digital Eclipse of Emeryville worked on and Capcom released in 2015. The Disney Afternoon Collection not only presents these old games for a modern audience but also comes with a museum feature that includes concept art and music.

Correction, 12:19 p.m.: GamesBeat identified Digital Eclipse as Backbone Entertainment. The two merged in the past.